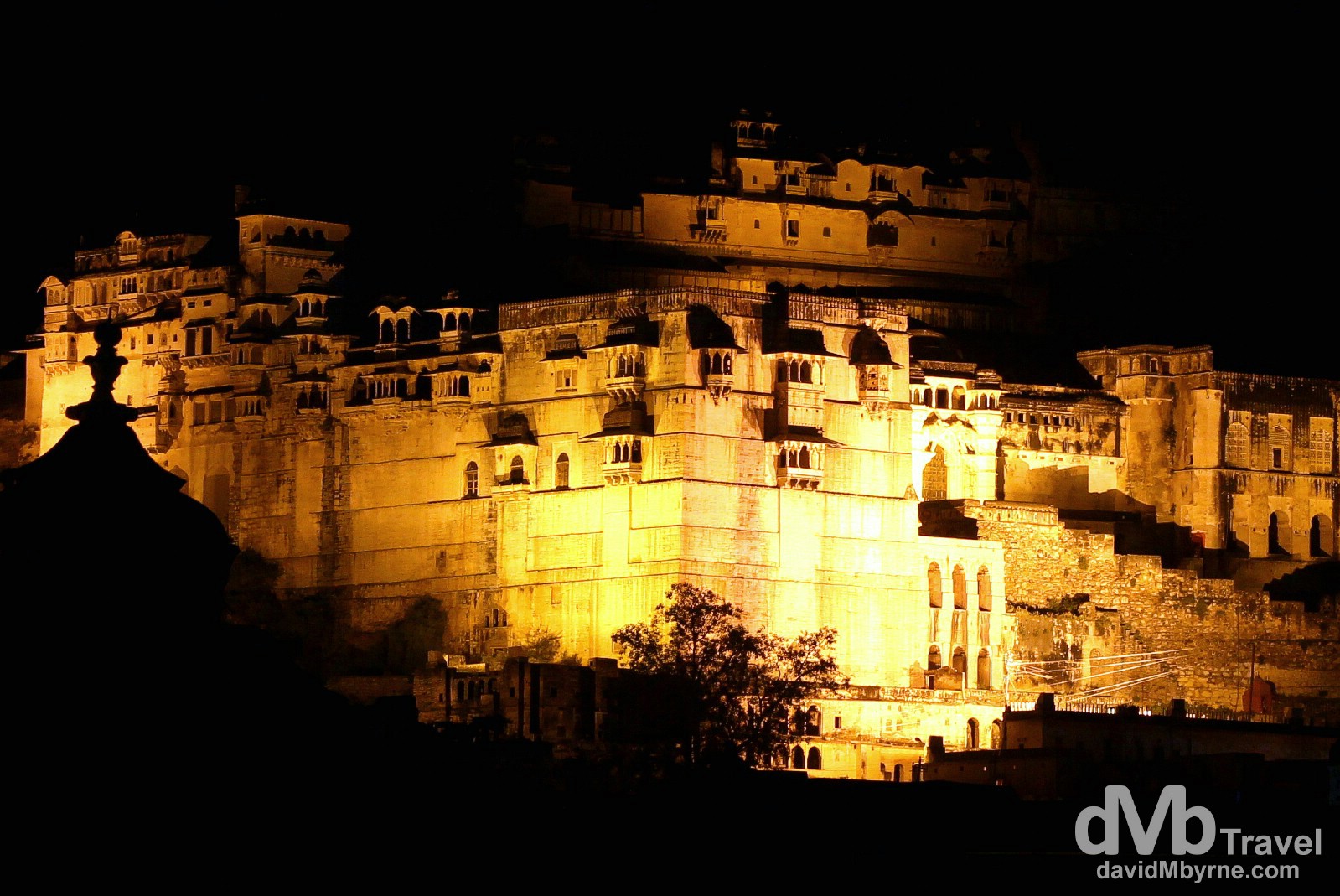 One wouldn’t need to spend the three weeks I’ve just spent in southern India in order to fully appreciate the differences between it and the northwestern state of Rajasthan, where I arrived yesterday. A few days would suffice. Rajasthan, the Land of Kings, home of the Rajputs, strong Hindu warrior caste clans with a passionate belief in the dictates of chivalry who controlled this region of India for more than a millennia. A land of dust, scorching desert & ancient, crumbling cities which still retain their medieval flavour thanks to opulent palaces, towering, impenetrable forts, havelis (old Indian mansions) transformed into present-day heritage hotels, temples, mosques, & vibrant bazaars. One could spend months alone taking in all Rajasthan has to offer (& it would be a great trip). I don’t have months. I only have a week & in that time I hope to do a Rajasthan trilogy of Bundi, Pushkar & Jodhpur. One down, two to go and so far, so good.

Bundi || The City That Time Forgot

An after dark picture of the imposing façade of the early 15th century Bundi Palace, a fine example of Rajput architecture, as seen from the rooftops of Old Town Bundi (

I’m at the end of my time in Bundi, my first stop in Rajasthan on this, my third trip to Rajasthan. Bundi is dubbed The City That Time Forgot. It’s an apt title. Surrounded by hills on 3 sides & circumscribed by massive walls, it’s a dusty, ancient looking & feeling place with crumbling buildings, vibrant streets & narrow, claustrophobic lanes with medieval-esque open sewers. It was once the capital of a major princely Rajput state during the Rajputs heyday & thus has an impressive medieval Fort & 15th century palace perched on high (seen above), both now well since past their best (& unfortunately they don’t seem to be receiving upkeep of any kind). 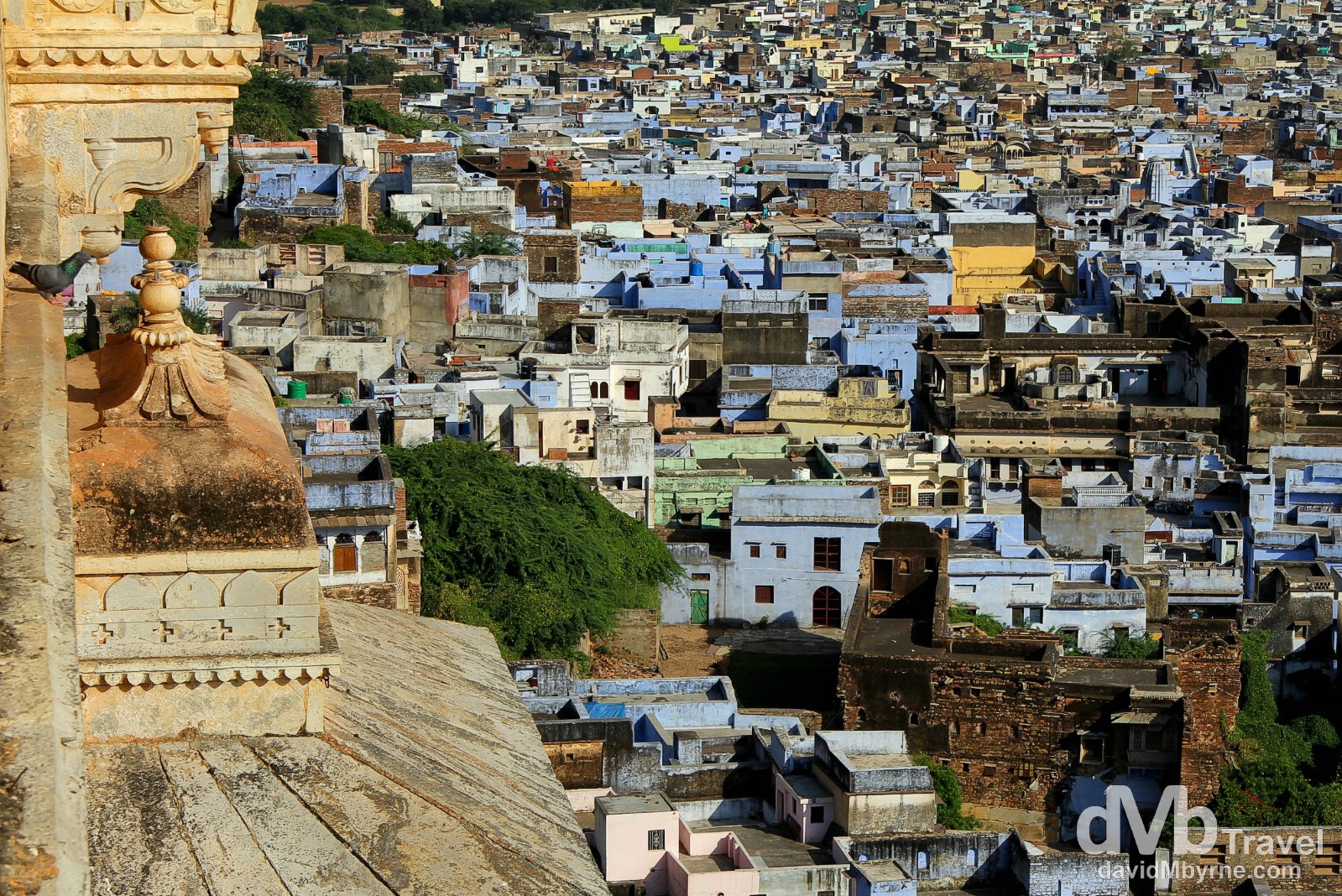 While spending a few hours taking a look around Bundi Palace I was afforded great views down over the town of Bundi. Bundi, Rajasthan, India. October 1st 2012. 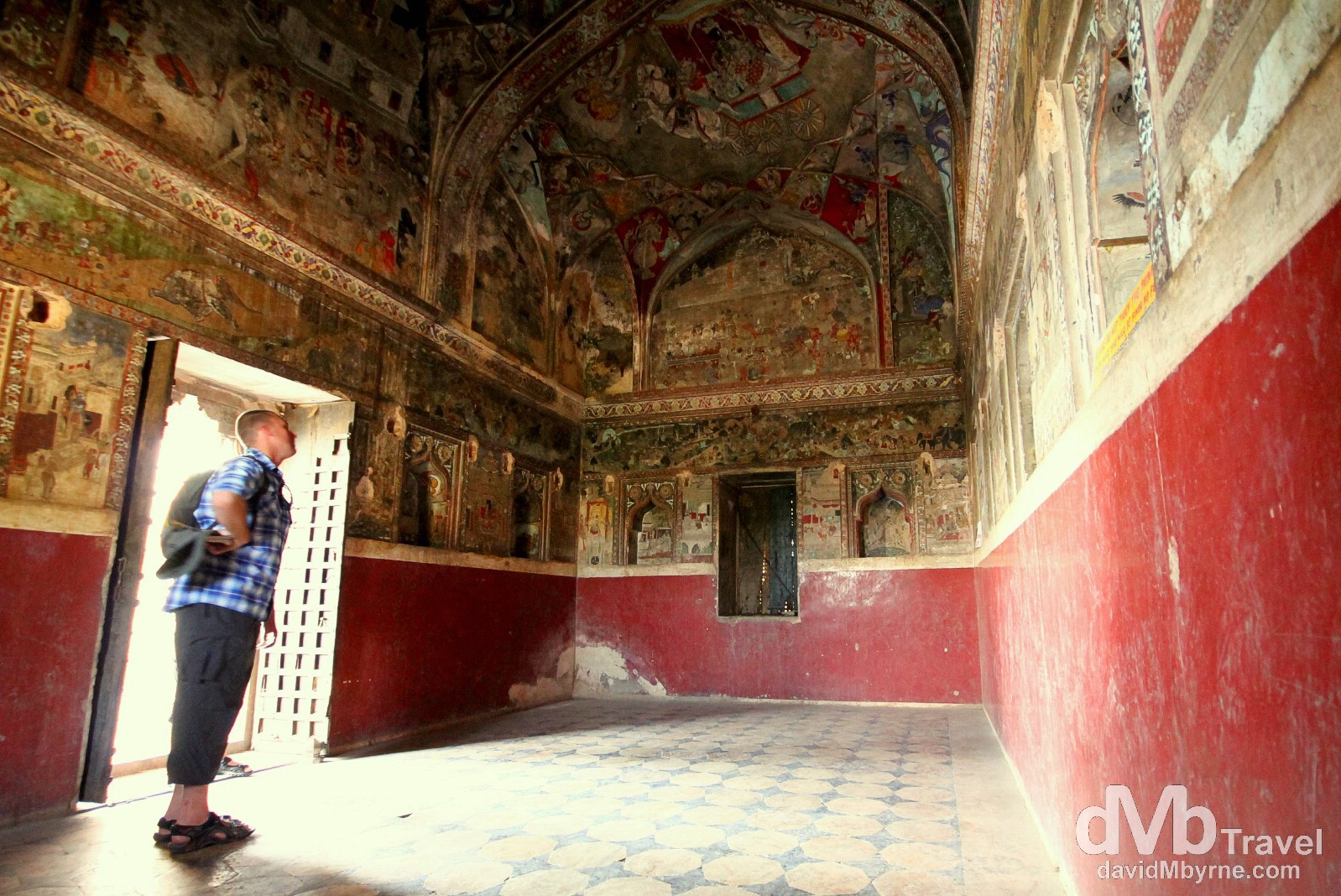 There weren’t too many fellow foreigners in Bundi but I still wasn’t alone in enjoying the elaborate, colourful murals found in some of the rooms of Bundi Palace, murals depicting scenes from the Hindu sacred texts. Bundi Palace, Bundi, Rajasthan, India. October 1st 2012.

A few captures from the dusty streets of Bundi. 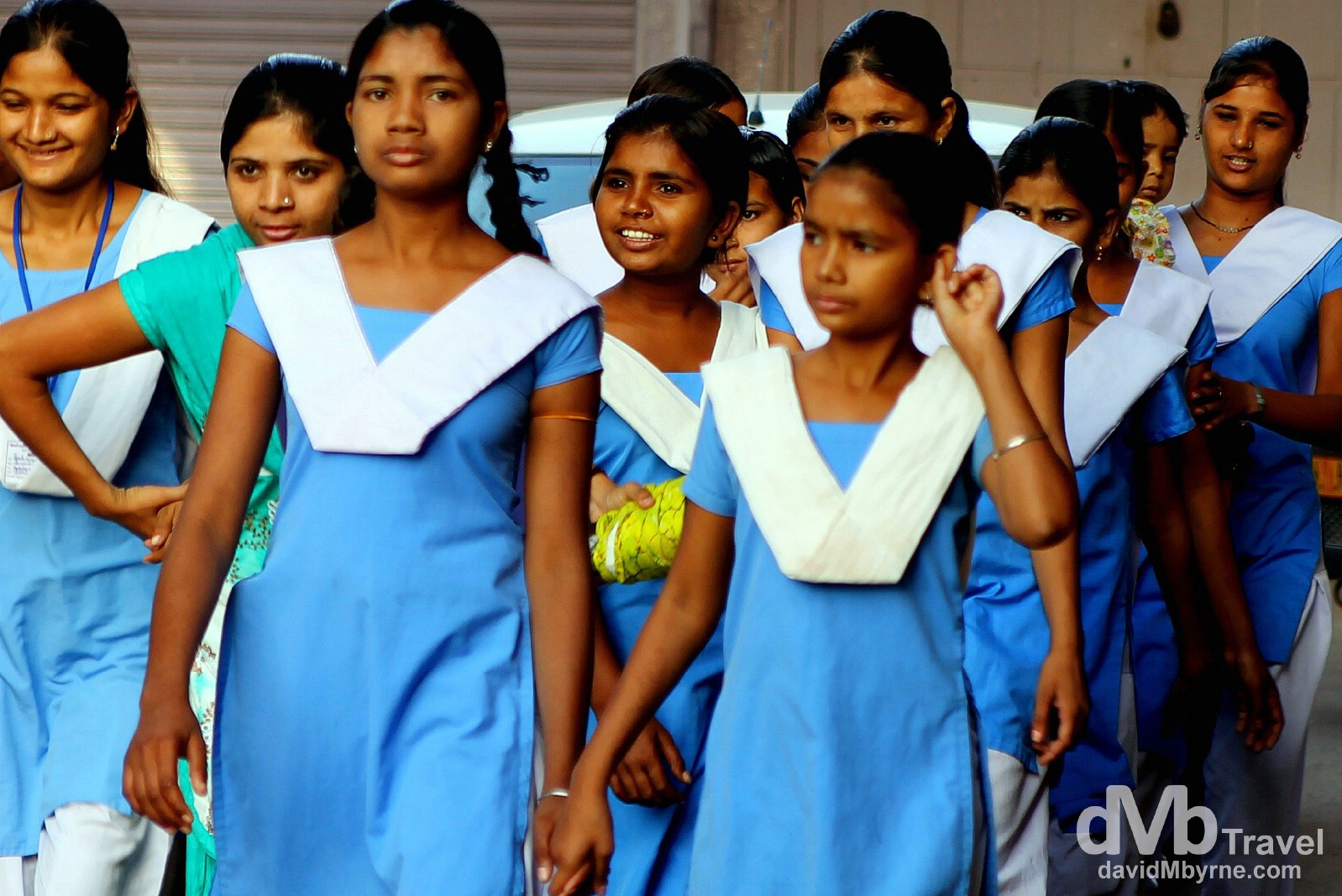 I was an early riser in Bundi, as I like to be most places. While garnering my usual amount of attention, I managed to get this shot of girls on the march to school. I was amazed how early life got into gear here in Bundi; this was taken at 7:20 a.m. and the day was well under way. Schoolgirls on the streets of Bundi, Rajasthan, India. October 2nd 2012. 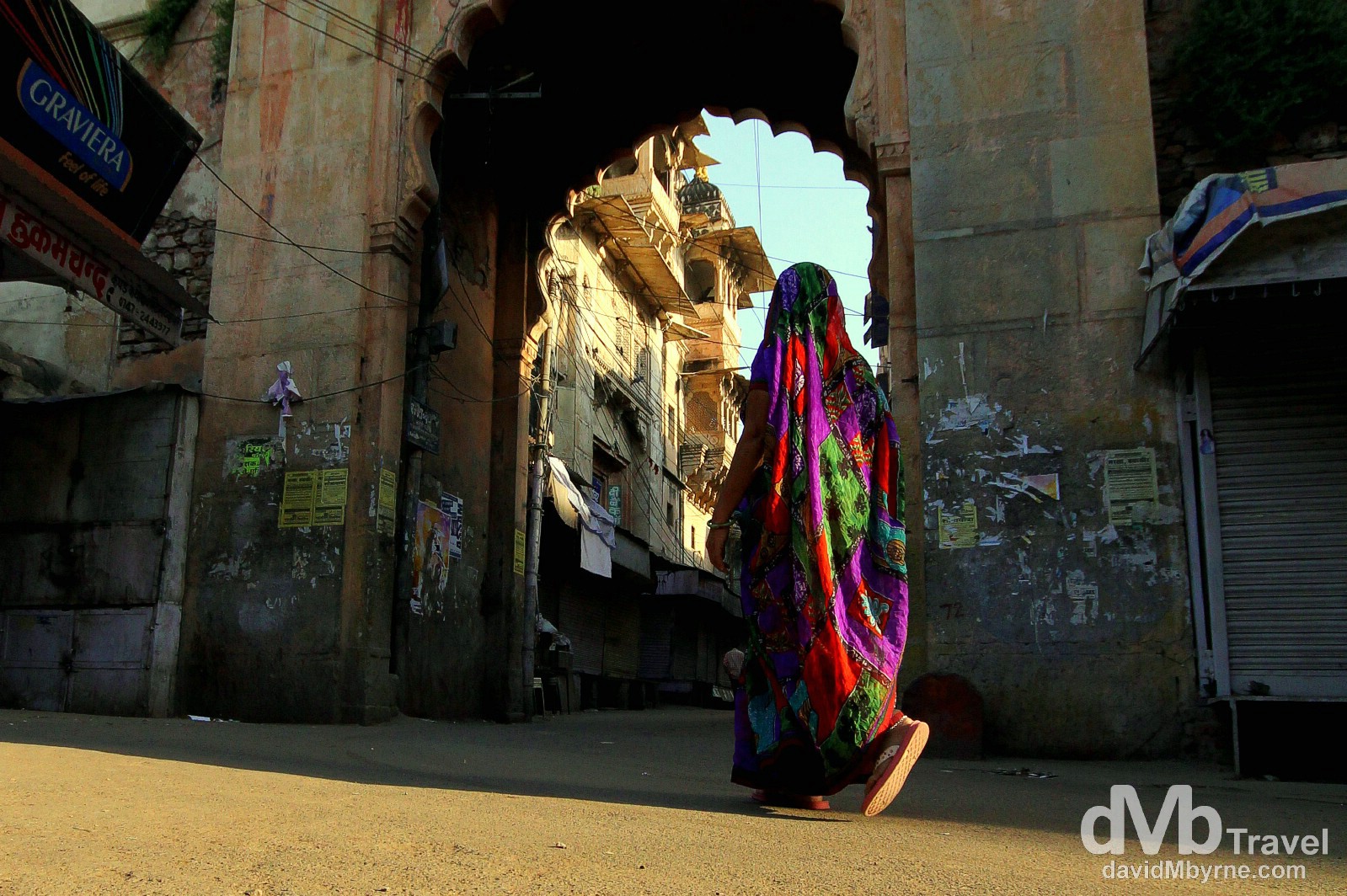 Sunrise on the streets of Bundi, Rajasthan, India. October 2nd 2012. 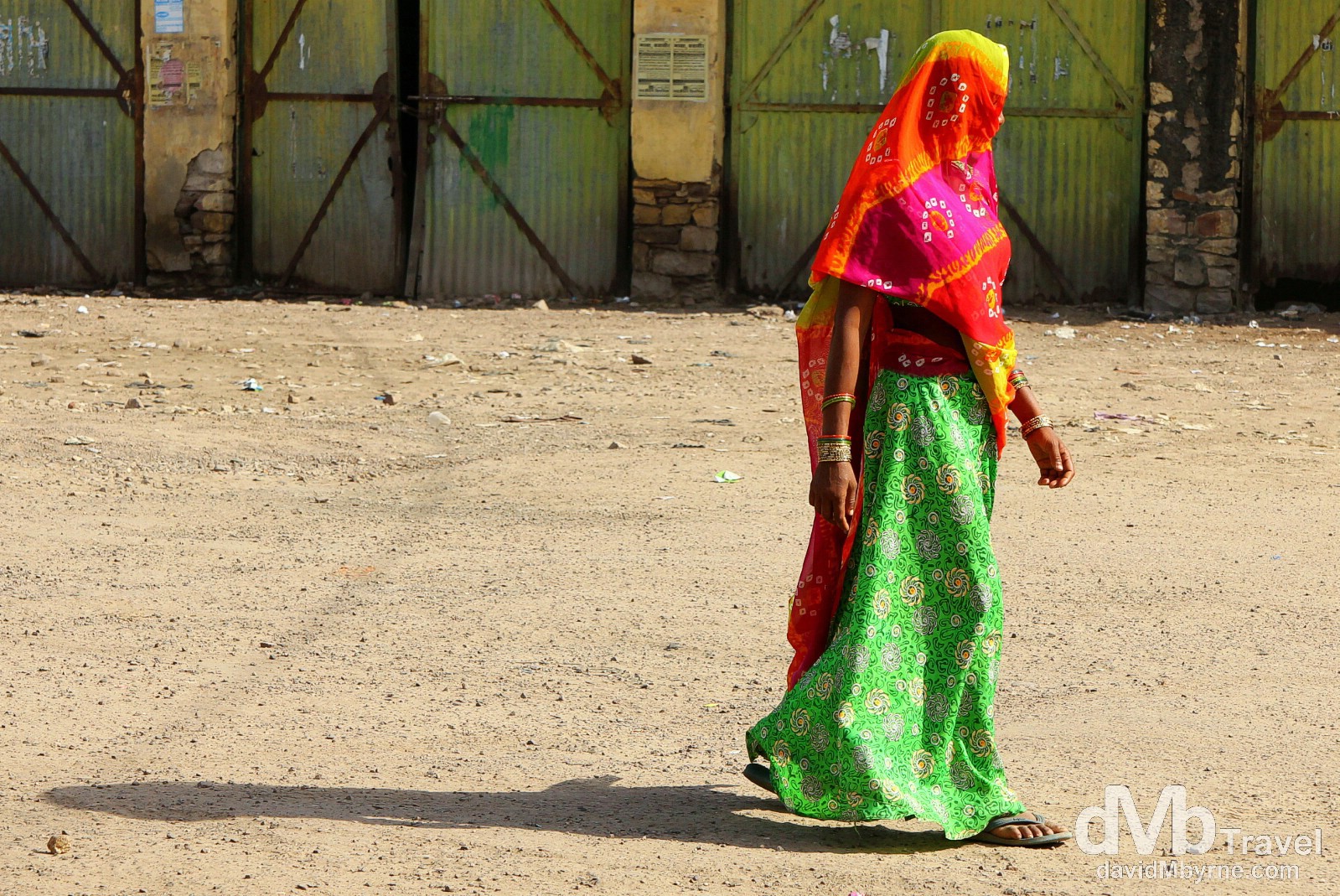 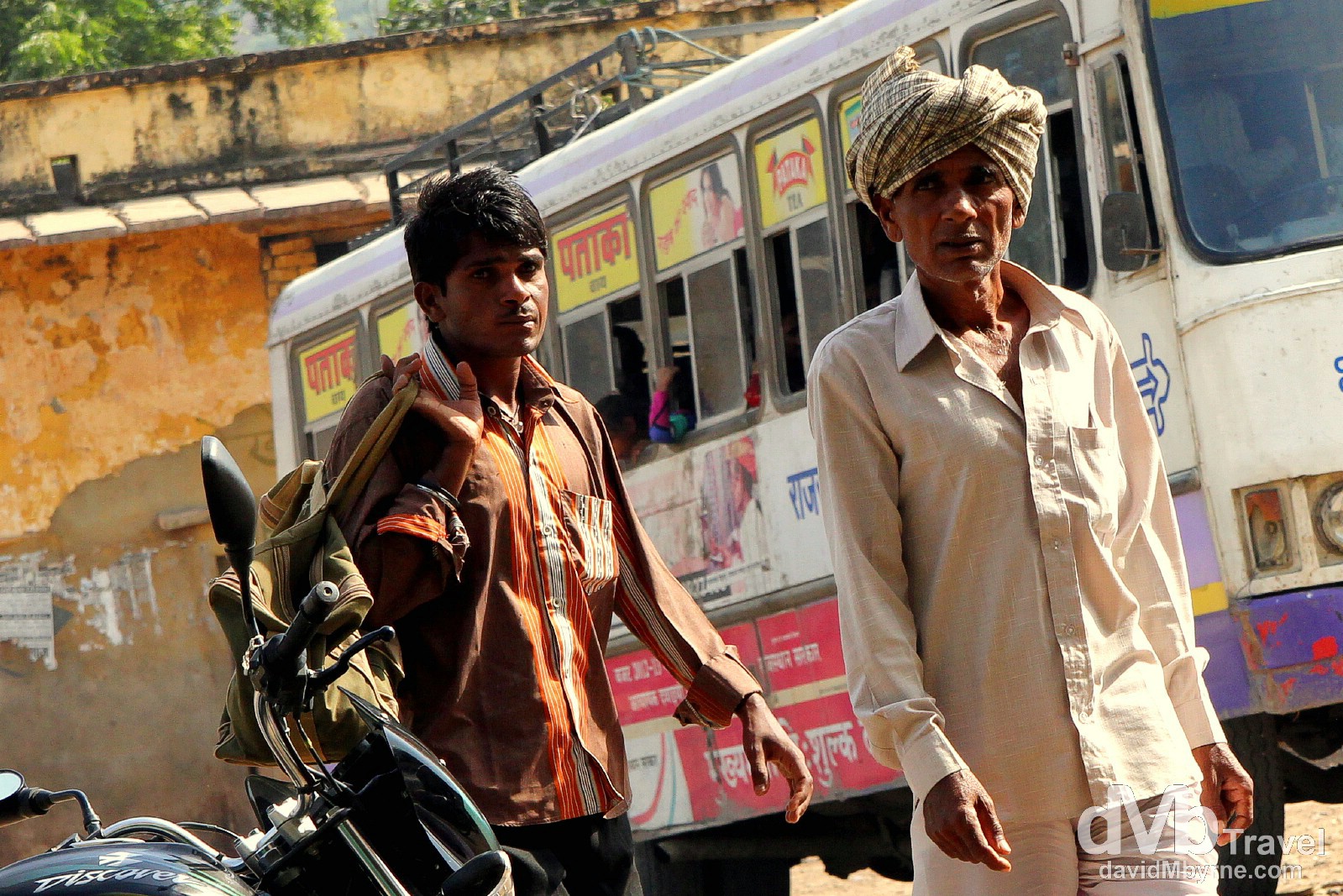