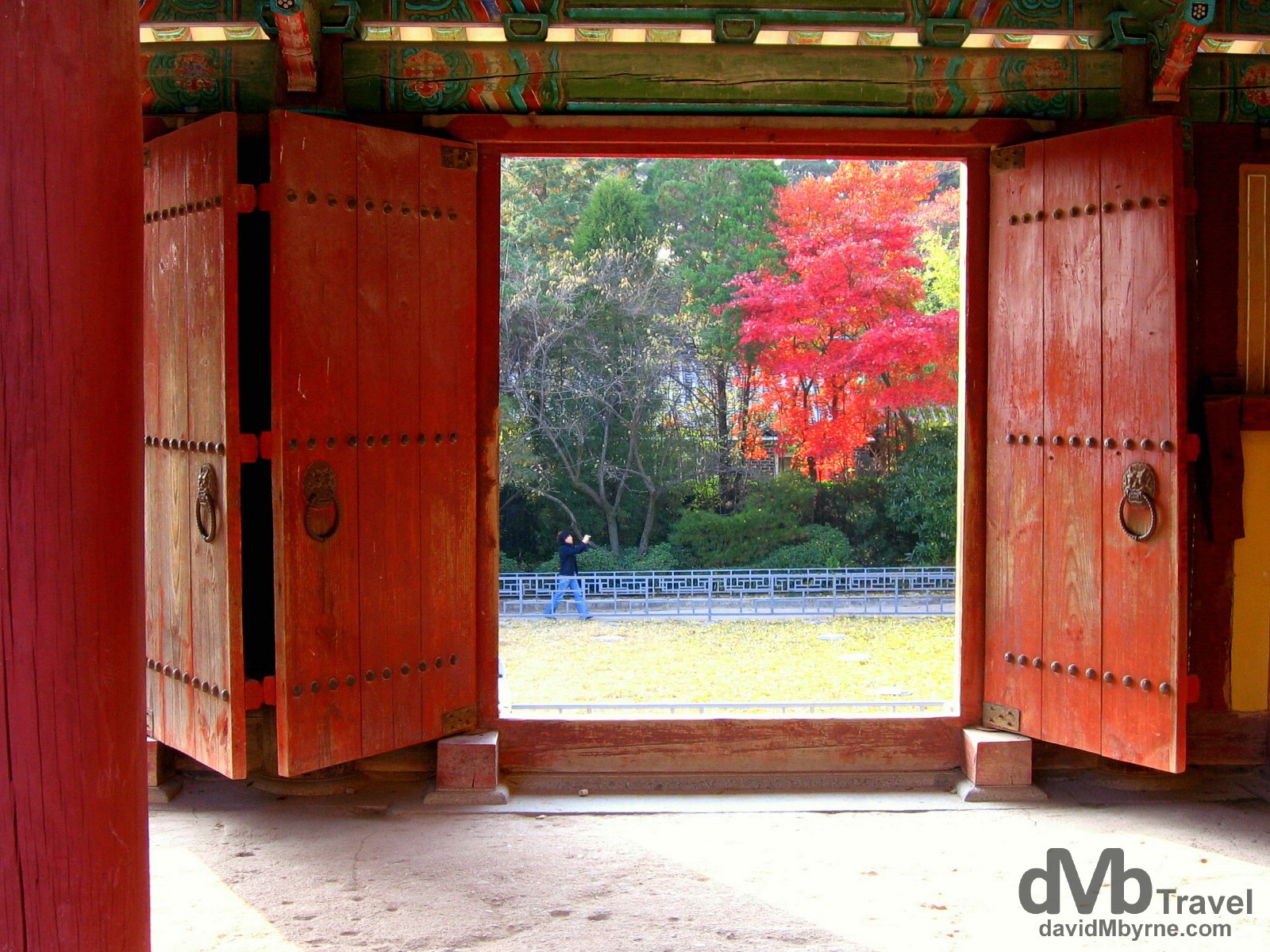 The Bulguksa Temple (temple of the Buddha land) is the most famous temple in South Korea and home to seven of the country’s listed National treasures.

A temple was first constructed on this site in 528, but, & like nearly every historic building in Korea, the present day structure is a modern day reconstruction following centuries of wars and foreign invasions. The temple is classified as ‘Historic and Scenic Site No. 1’ by the South Korean government and in 1995 it, along with the nearby Seokguram Grotto, was added to the UNESCO World Heritage List of protected sites. The temple, considered as a masterpiece of the golden age of Buddhist art in the Silla kingdom, is currently the head temple of the 11th district of the Jogye Order of Korean Buddhism.

Bulguksa is a Buddhist temple complex that comprises a series of wooden buildings on raised stone terraces. The grounds of Bulguksa are divided into three areas – Birojeon (the Vairocana Buddha Hall), Daeungjeon (the Hall of Great Enlightenment) and Geungnakjeon (the Hall of Supreme Bliss). These areas and the stone terraces were designed to represent the land of Buddha. The stone terraces, bridges and the two pagodas – Seokgatap (Pagoda of Sakyamuni) and Dabotap (Pagoda of Bountiful Treasures) – facing the Daeungjeon attest to the fine masonry work of the Silla. The Temple of Bulguksa (built in 774) and the Seokguram Grotto form a religious architectural complex of exceptional significance.