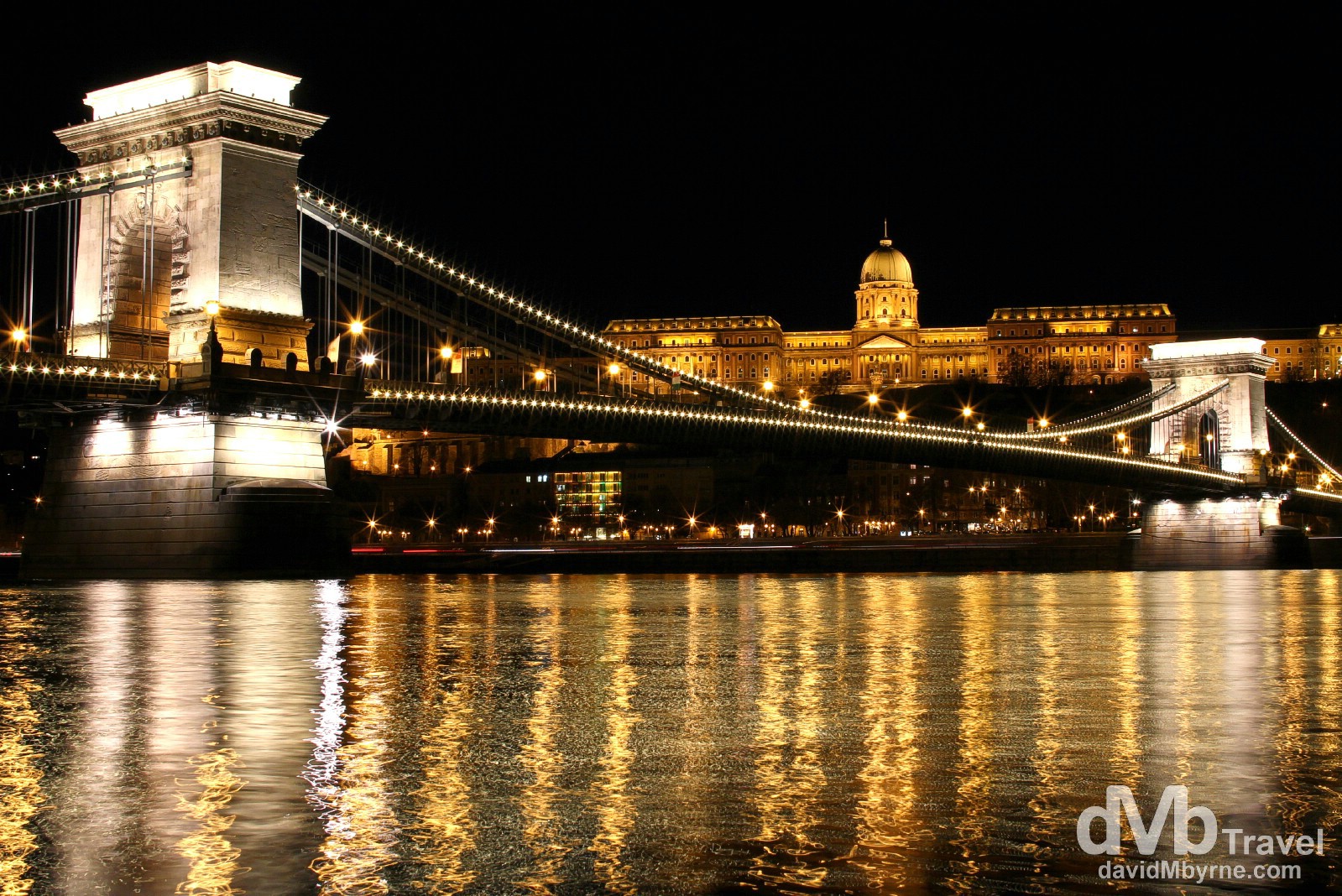 It felt like a long day of train travel today. It was a pleasant rail experience but for some reason the almost 7 hour trip from Zagreb, Croatia to Budapest seemed to take twice as long.

I arrived and had settled into the Central King Backpackers by early evening when I grabbed my camera and headed down by the banks of the Danube, just a stone’s throw from the hostel.

The Royal Palace in Buda & the Chain Bridge spanning the Danube as seen from the riverfront in Pest. The iconic Széchenyi Chain Bridge was opened in 1849 making it the first permanent bridge to span the Danube in Hungary. Budapest (

I then walked around the city, walking across the Chain Bridge & along the Buda bank of the Danube before crossing back over to Pest. UNESCO-listed Budapest is a big city so I walked quite a bit, although nothing like the amount of walking I’ll be doing tomorrow. 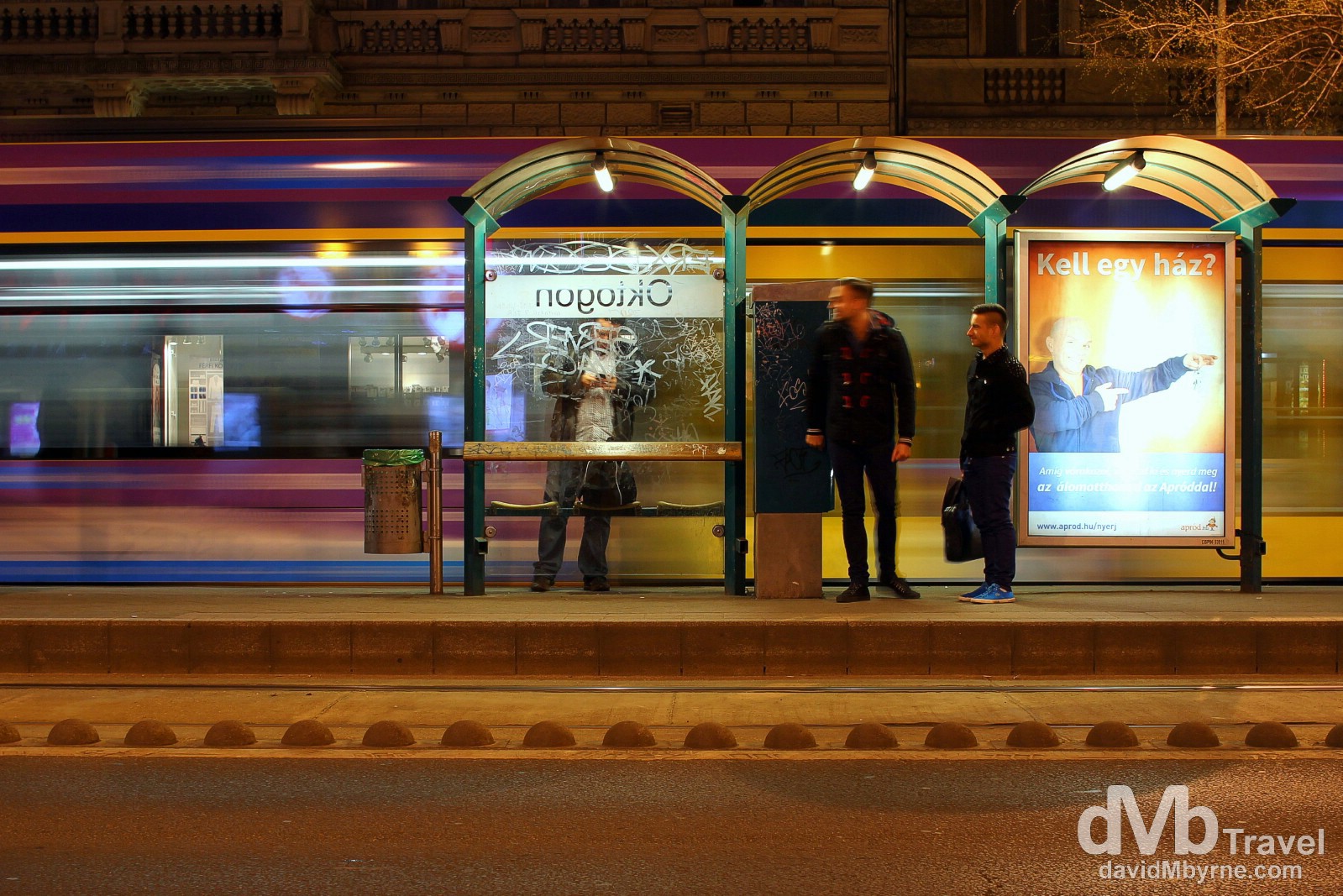 Waiting for the tram on Terez Boulevard in Budapest, Hungary. March 25th, 2014

I‘m tired. I think I need a holiday. It was a long but enjoyable day today traipsing around Budapest. Here are some pictures. 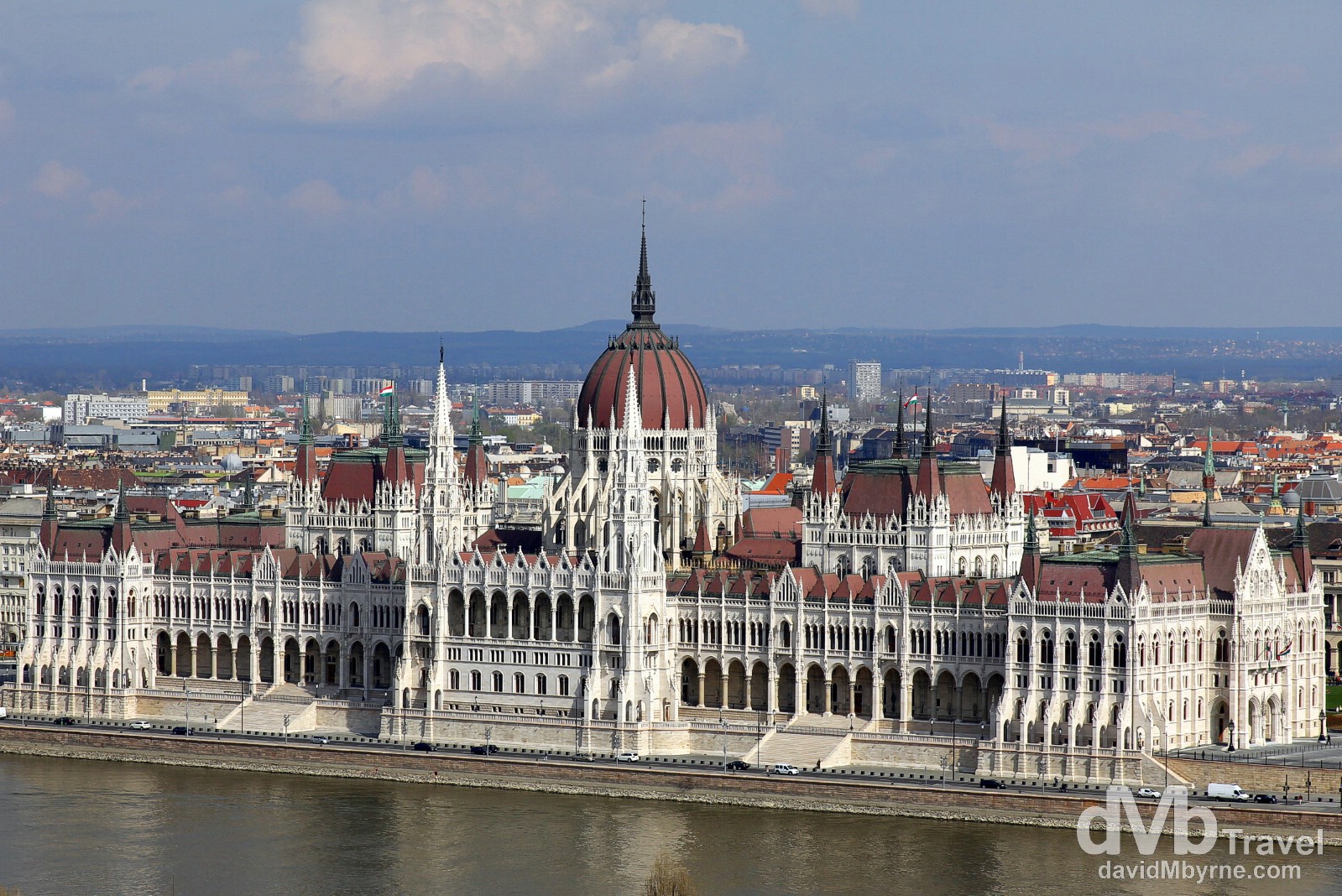 The Hungarian Parliament, one of Europe’s most fabulous buildings, on the Pest bank of the Danube River as seen from Fisherman’s Bastion on the hills in Buda. Budapest, Hungary. March 26th, 2014

The amazing Parliament building, one of Europe's finest, & River Danube as seen through the railings… http://t.co/YYCeptes23 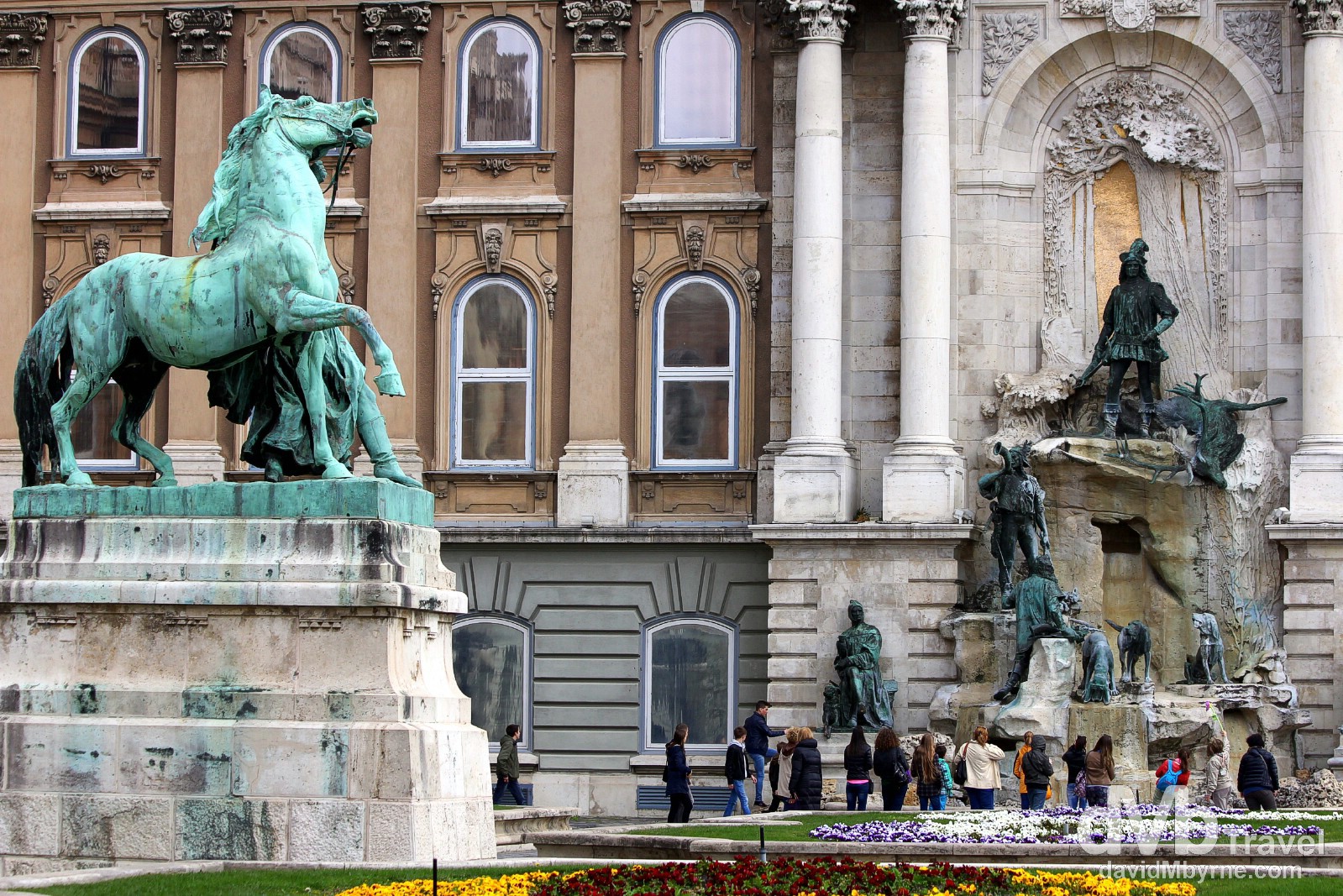 In the grounds of the Royal Palace, Budapest, Hungary. March 26th, 2014 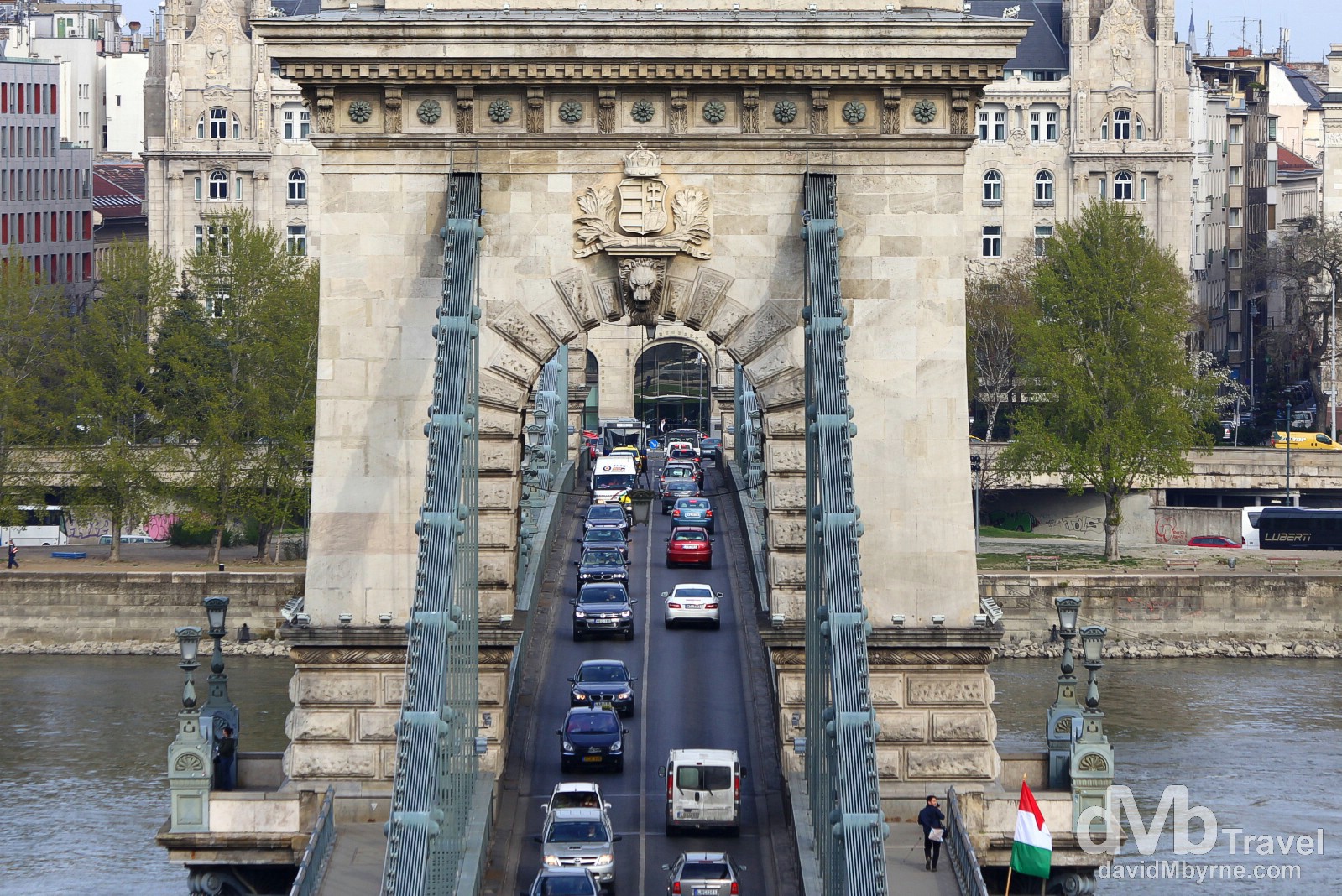 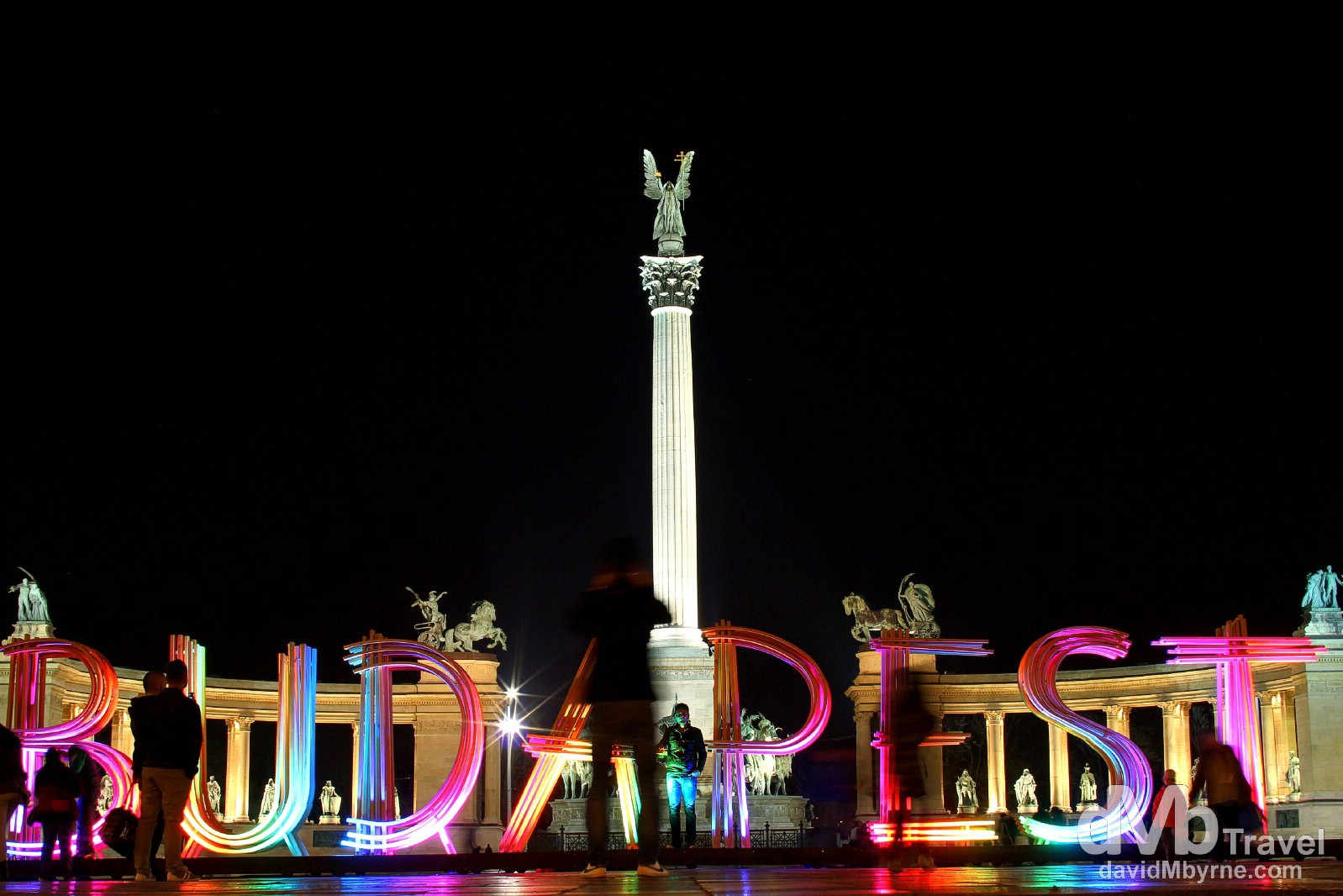