I‘ve just spent an enjoyable day walking around Brisbane, the capital and largest city in Queensland & Australia’s third largest city. Safe to say Brisbane isn’t exactly a tourism hotbed – it doesn’t really boast many, if any, must-see attractions – but all that said I did find it strangely photogenic.

Brisbane was settled as far back as 1824 by the British as a penal colony. As a result there are quite a few nice colonial buildings scattered around the city. One of those buildings, Brisbane City Hall, can be seen in the distance in the above picture. The Hall, dating from 1920, sits facing King George Square. The building was designed according to the Italian Renaissance style with its 91 metre clock tower, housing the largest clock face in Australia, based on the design of the St. Mark’s Campanile in Venice, Italy. My aim was to photograph the hall itself but, & like all of the colonial buildings in the city, it was towered over by modern skyscrapers and/or ugly construction cranes. As a result I took the above picture from behind a bronze sculpture of kangaroos on the corner of the square. I find it a much more interesting picture than any of the pictures I captured of the hall itself. 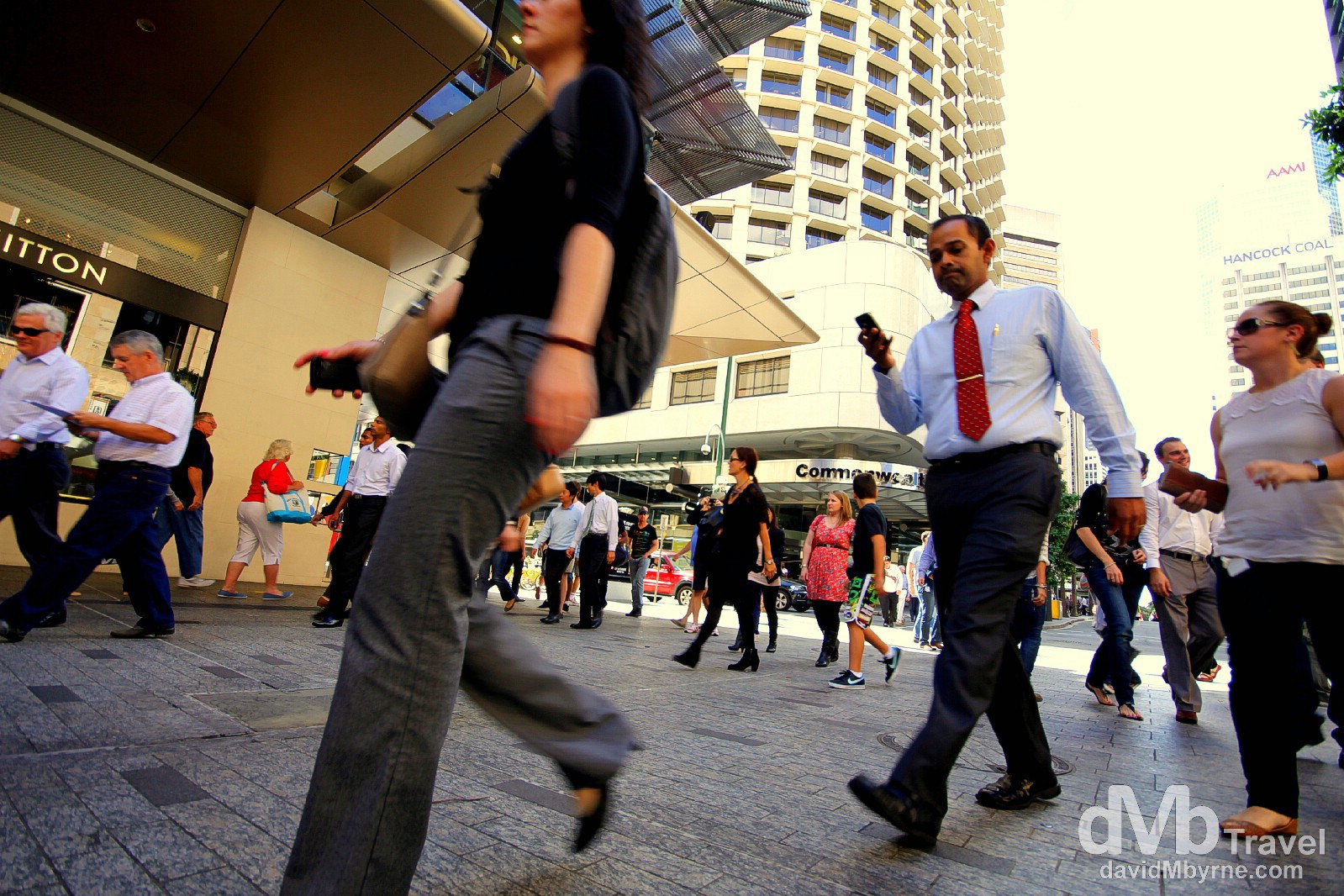 At the corner of Queen & Edward Streets right in the heart of Brisbane’s CBD. Queen Street is pedestrianized so it’s a great place to sit & people watch. Brisbane, Queensland, Australia. April 13th 2012.