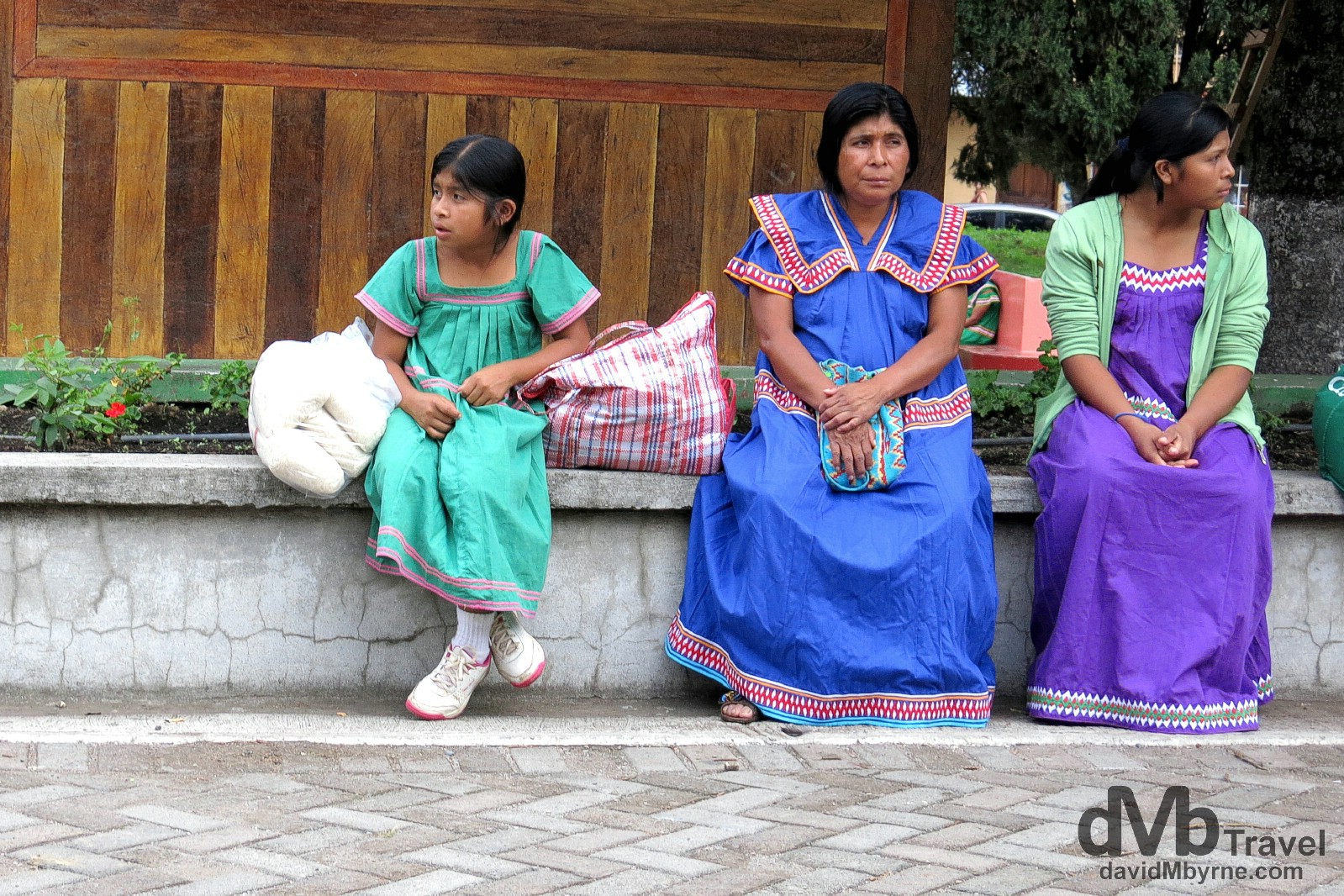 With time of the essence I was looking for somewhere that didn’t require me to deviate too far from the Pan-American Highway, the main artery through Panama, Central America, my seventh & final country on my north-to-south visit through the region. Boquete seemed to fit the bill – at less than 2 hours from the border with Costa Rica, & a mere 40 minutes north of the highway, things looked promising. Add to the mix mountains, a cool climate (meaning no sweating for at least a few days) & one final chance to visit an as thus far elusive Central American coffee plantation. I was sold. 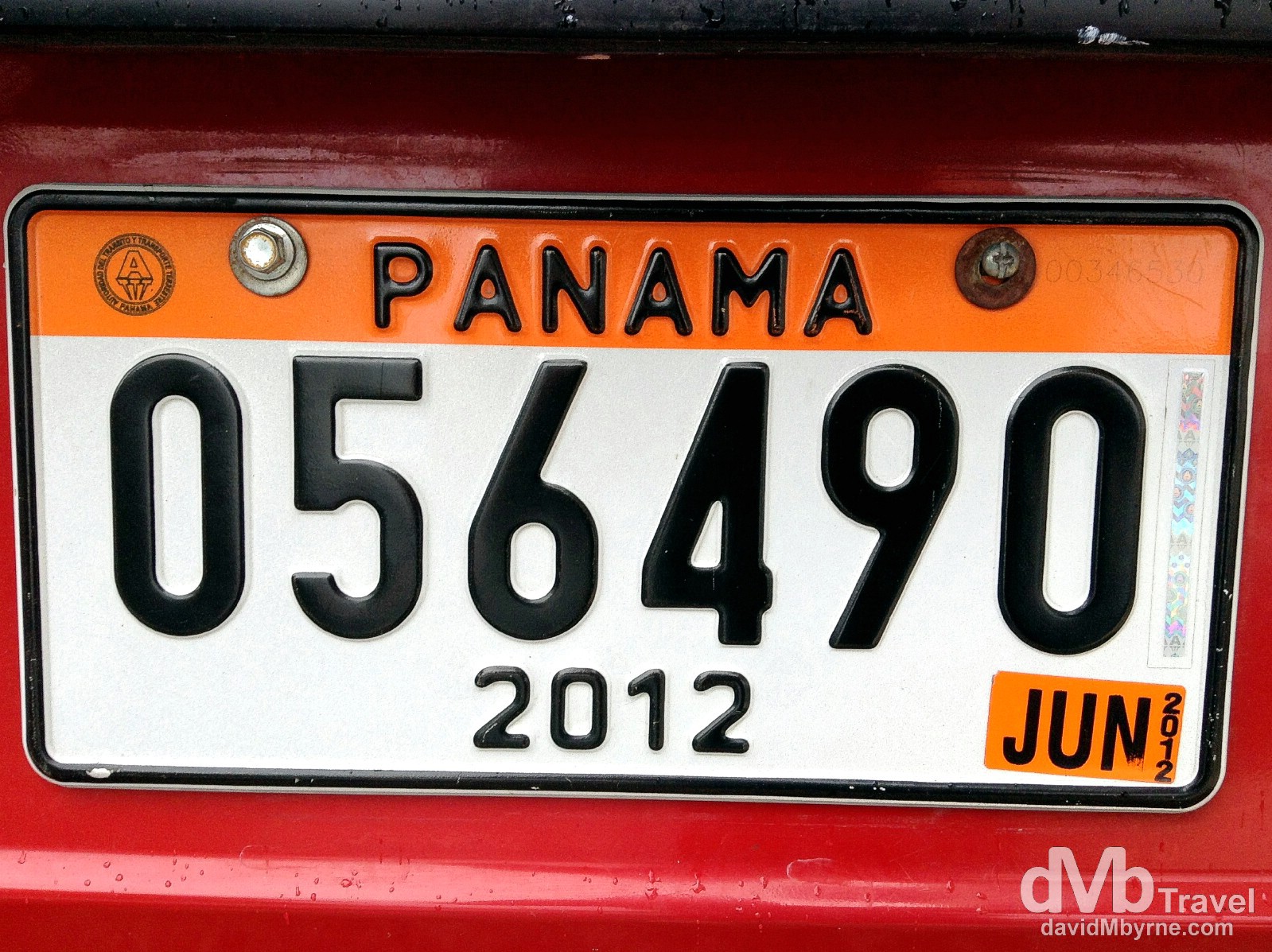 Boquete, where you can wallow amongst the coffee plantations, high in the cloud forests, where a simple gasp of uber-fresh breath refreshes weary legs.

Only seven of the native tribes that inhabited Panama prior to the early 14th century arrival of the Spanish still survive to this day. The indigenous people of this area are called Ngobe Bugle. The women wear colourful dresses that they make themselves. This was a fairly common sight in Boquete & something I wasn’t really expecting to see having (wrongly) assumed I saw the last of traditionally dressed locals back in the highland markets of Guatemala some weeks ago now. Boquete, Panama. June 29th 2013. 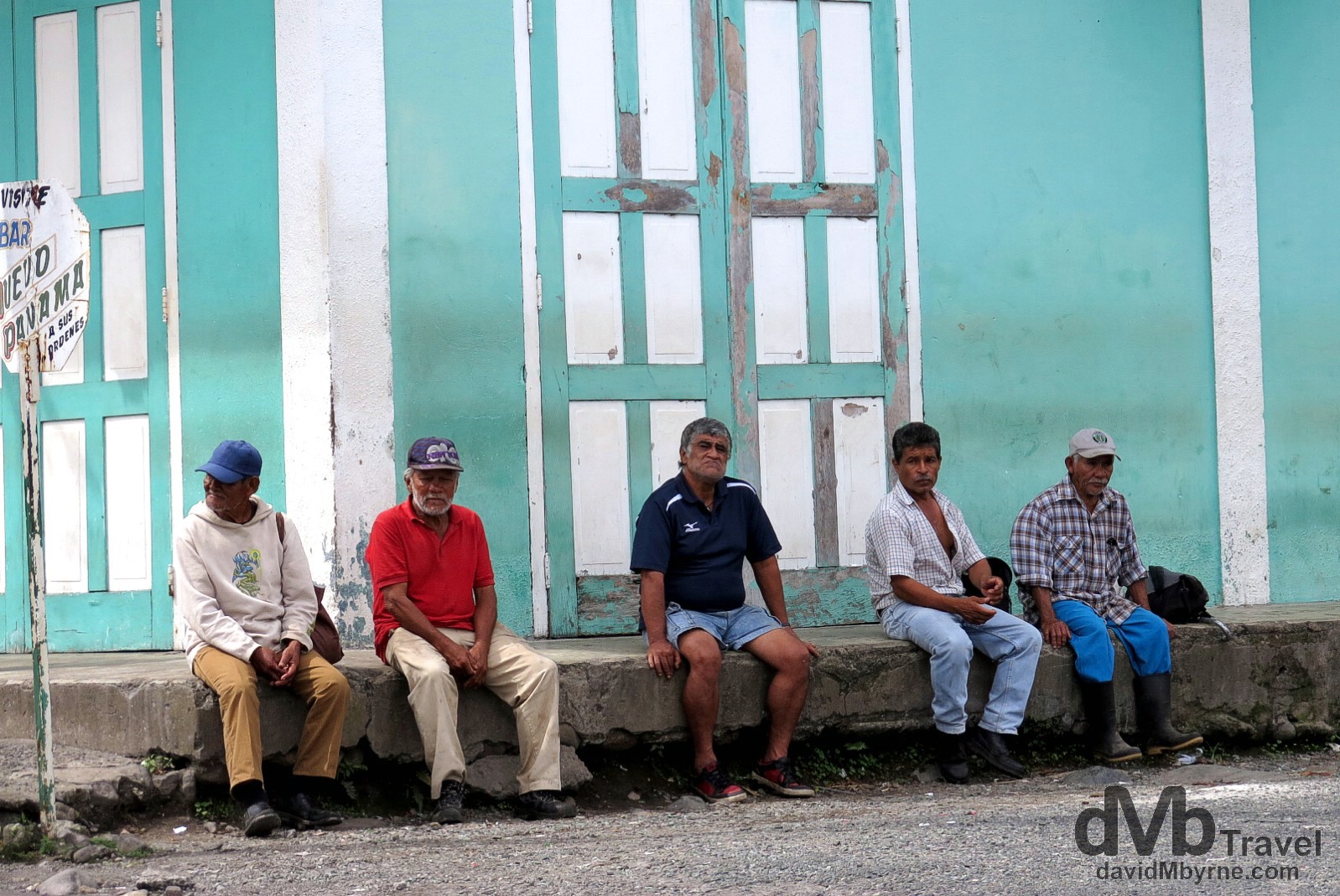 The mountain-valley town of Boquete is a magnet for lovers of the great outdoors. It’s also popular with foreign/overseas retires – some years ago a quality-of-life magazine listed the town as one of the top four places in the world to retire. Ever since foreigners have been buying up the land around town, much to the ire of the locals. Maybe that’s why these guys were eyeing me suspiciously. Not guilty chaps – I’m leaving in the morning probably never to be back again. Boquete, Panama. June 29th 2013. 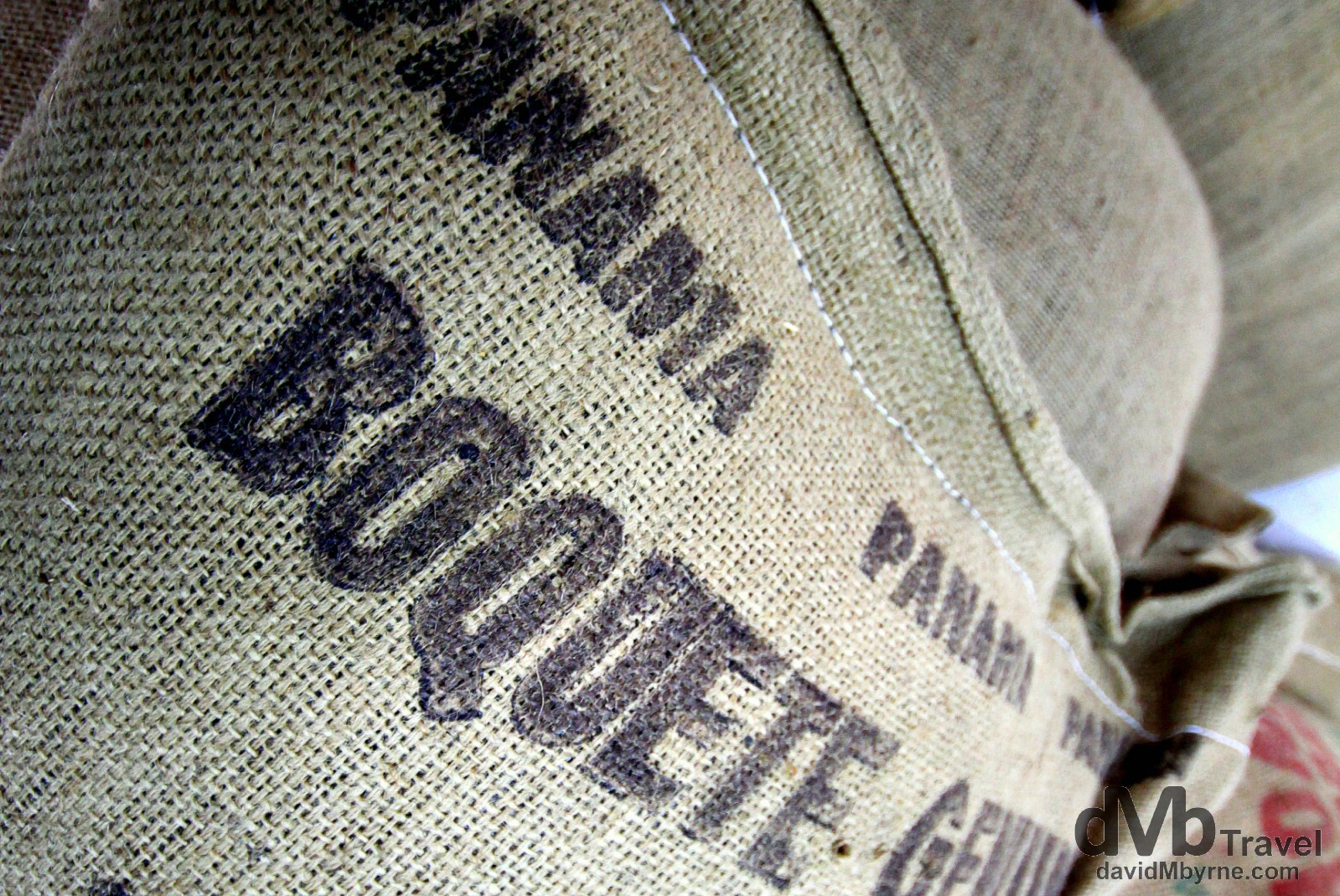 I’d yet to visit a coffee plantation in Central America (and needless to say I was fast running out of time in which to do so), having tried and failed in various other Central American countries – I was told they were all closed, something I’m a tad suspicious of now. I finally got to visit one on my first full day in Panama, here at the Café Ruiz coffee plantation in Boquete. According to Café Ruiz themselves, their product is one of the country’s better know coffee brands. The 3-hour guided tour of their primary plantation taught me a lot of cool stuff about coffee, briefed as I was on the 16 different stages of coffee production – yes, I’d no idea there were that many either. At USD$30 (Panama use the US$ as their currency, just like El Salvador), I initially I thought the plantation tour was a tad expensive but it actually turned out to be good value, especially considering they gave me half a kilo of ground coffee to bring home. A nice touch no doubt, but I could do with the extra weight. Cafe Ruiz Coffee Plantation, Boquete, Panama. June 29th 2013. Boquete, Panama. June 29th 2013. 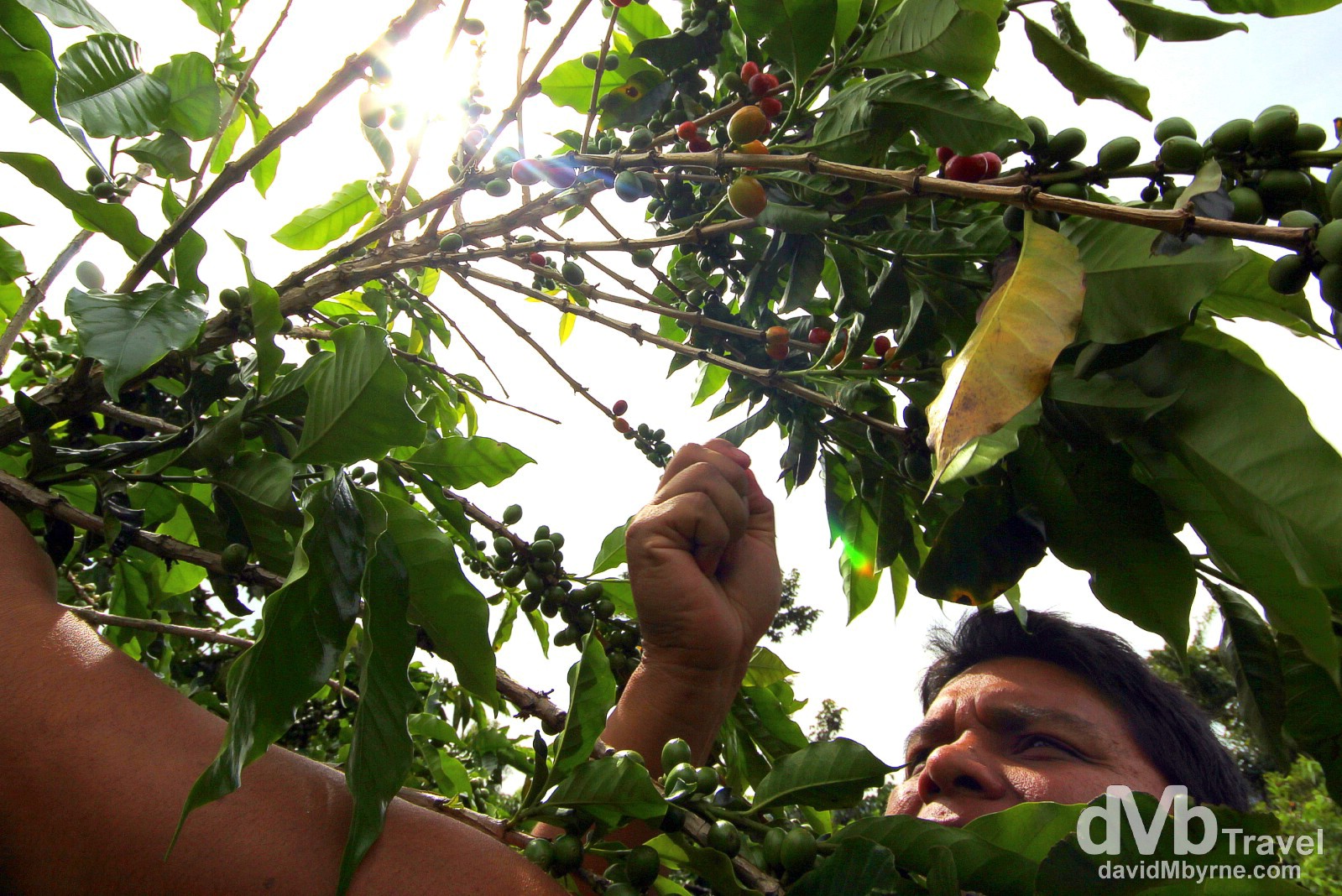 Picking coffee buds (red buds only, green ones aren’t ripe yet) at a Café Ruiz coffee plantation as part of the plantation tour in Boquete, Panama. June 28th 2013. 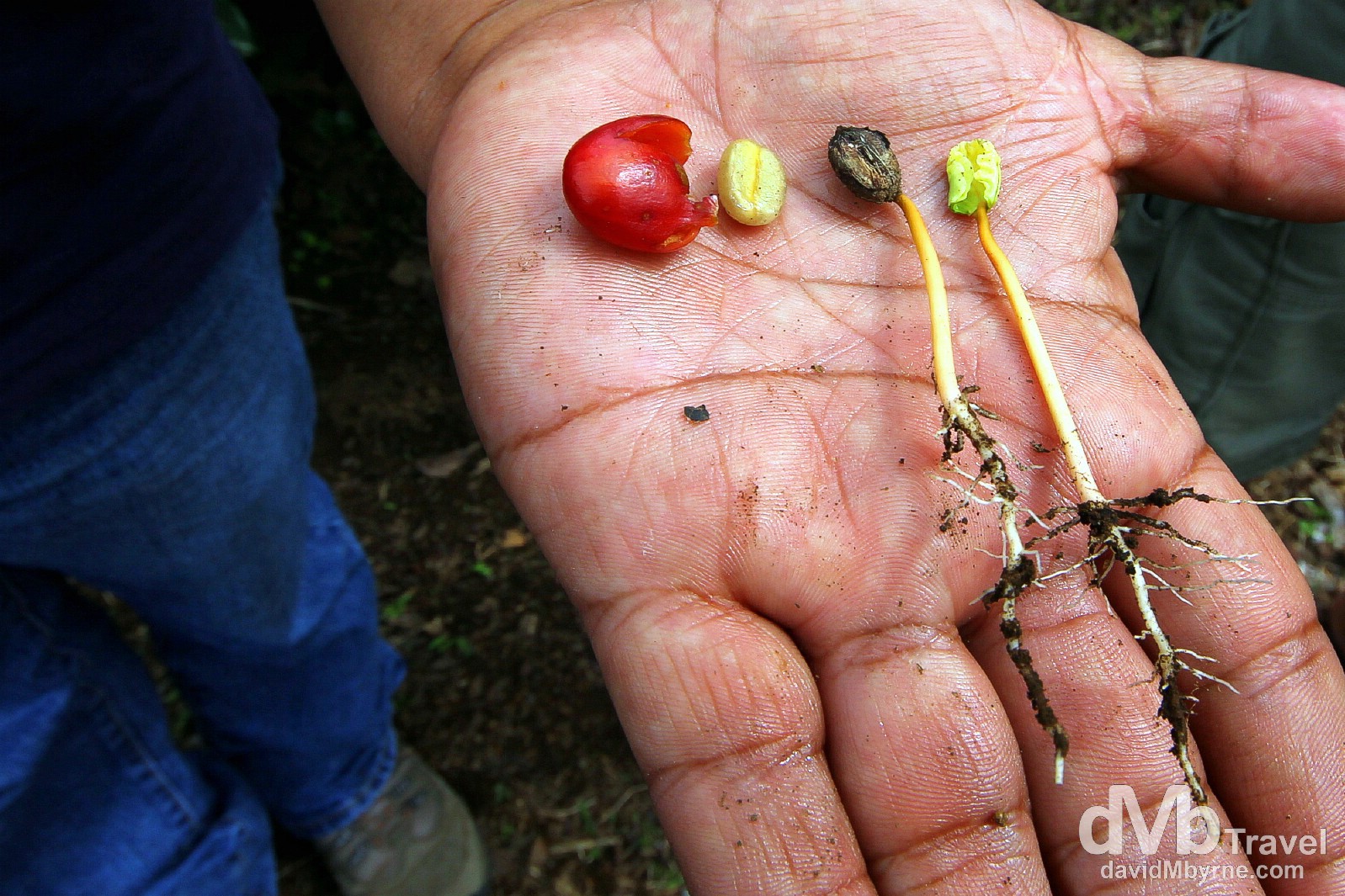 The various stages of coffee bud development is explained at Cafe Ruiz coffee plantation as part of the plantation tour in Boquete, Panama. June 29th 2013. 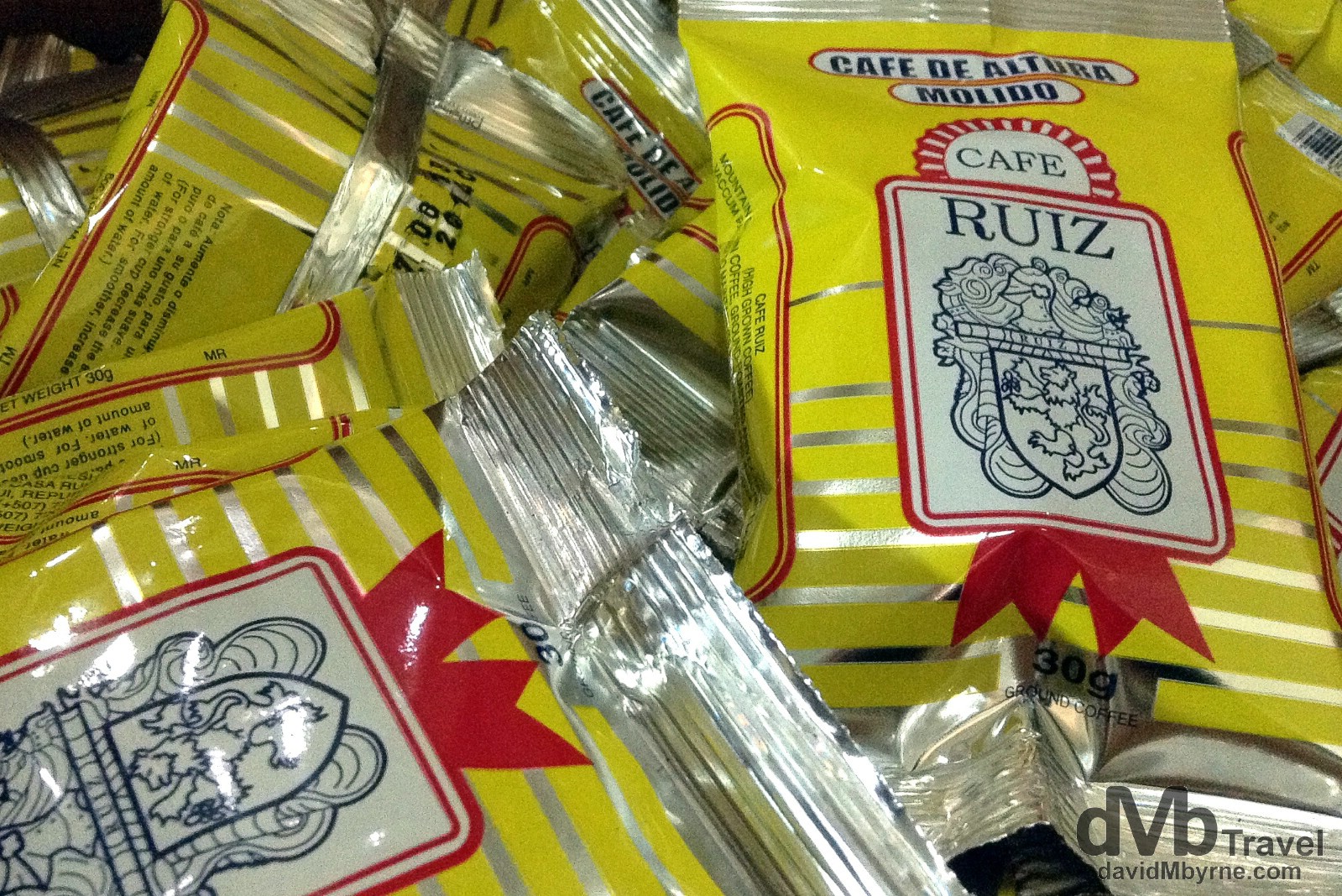