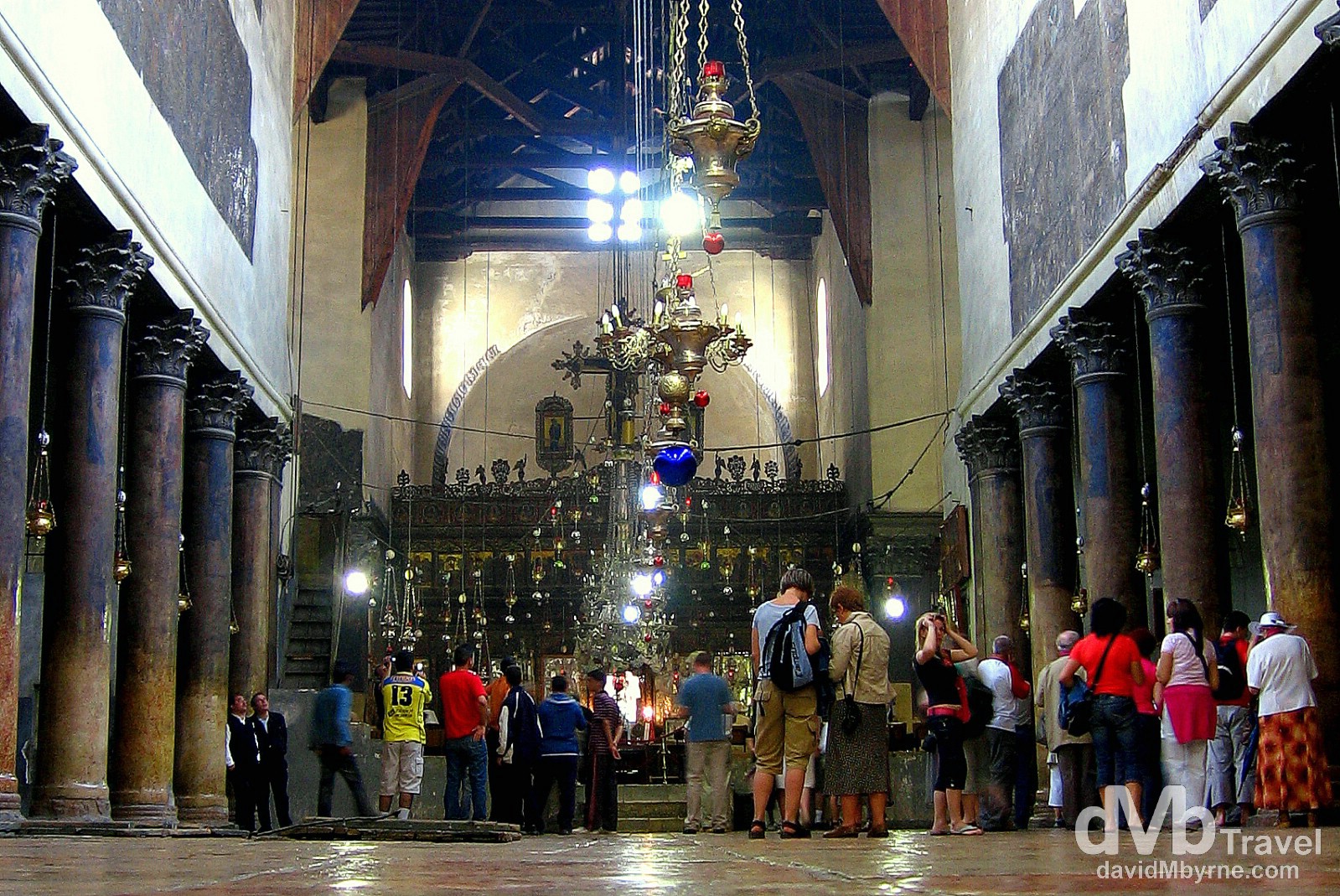 Bethlehem is a Palestinian city located in the central West Bank, about 10 kilometres south of Jerusalem. The city is inhabited by one of the oldest Christian communities in the world, although the size of the community has shrunk due to emigration. Bethlehem was destroyed by the Emperor Hadrian during the second-century Bar Kokhba revolt; its rebuilding was promoted by the Empress Helena, mother of Constantine the Great, who commissioned the building of its great Church of the Nativity in 327 CE. The Church was badly damaged by the Samaritans, who sacked it during the Samaritan Revolt in 529, but was rebuilt a century later by the emperor Justinian I, in very much its present form.

The interior of the Church of the Nativity, traditionally considered to be located over the cave that marks the birthplace of Jesus of Nazareth. Bethlehem, Palestine. May 2, 2008. 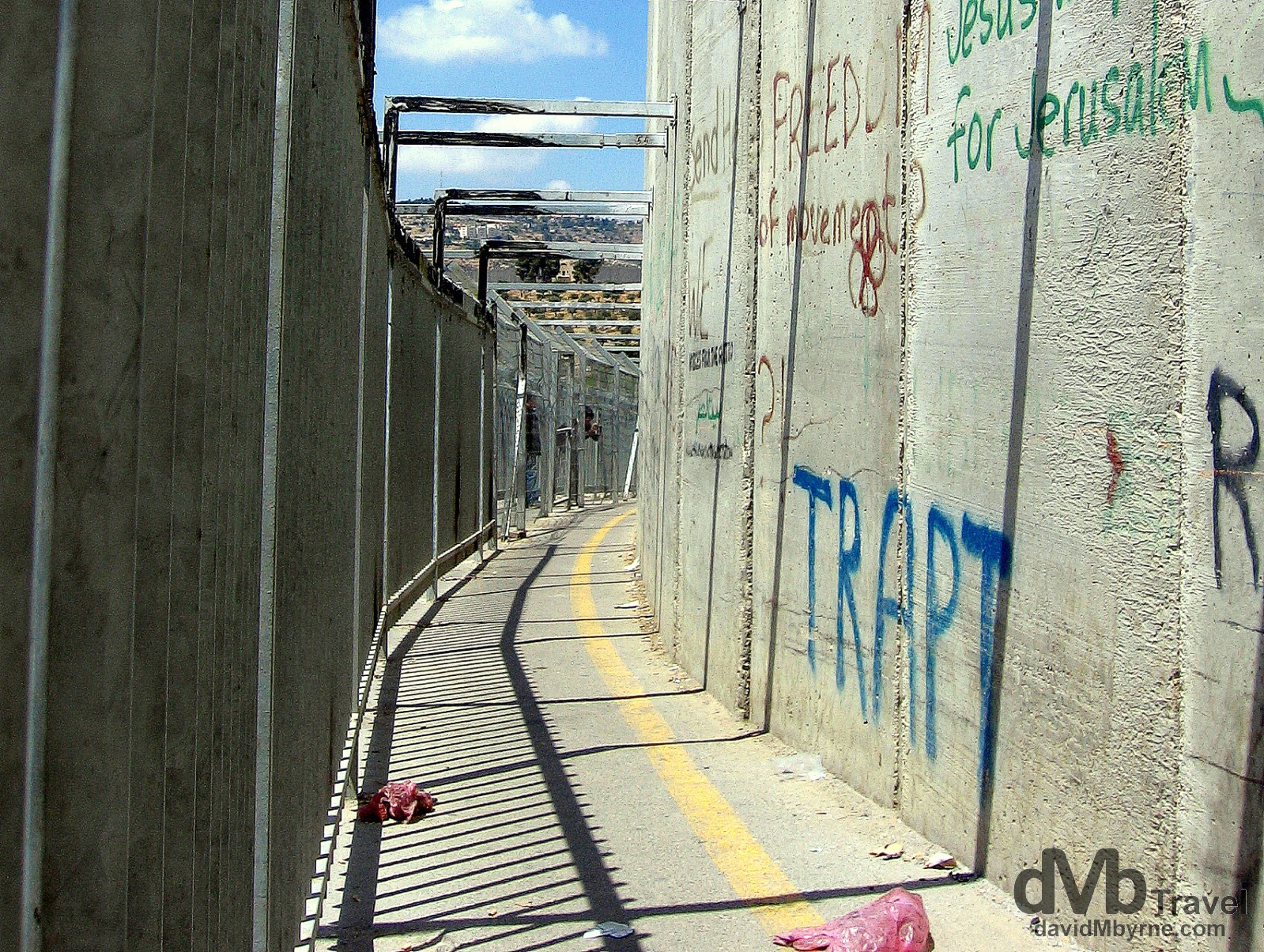 A section of the heavily guarded wall separating the Palestinian West Back from Israel. May 2, 2008. 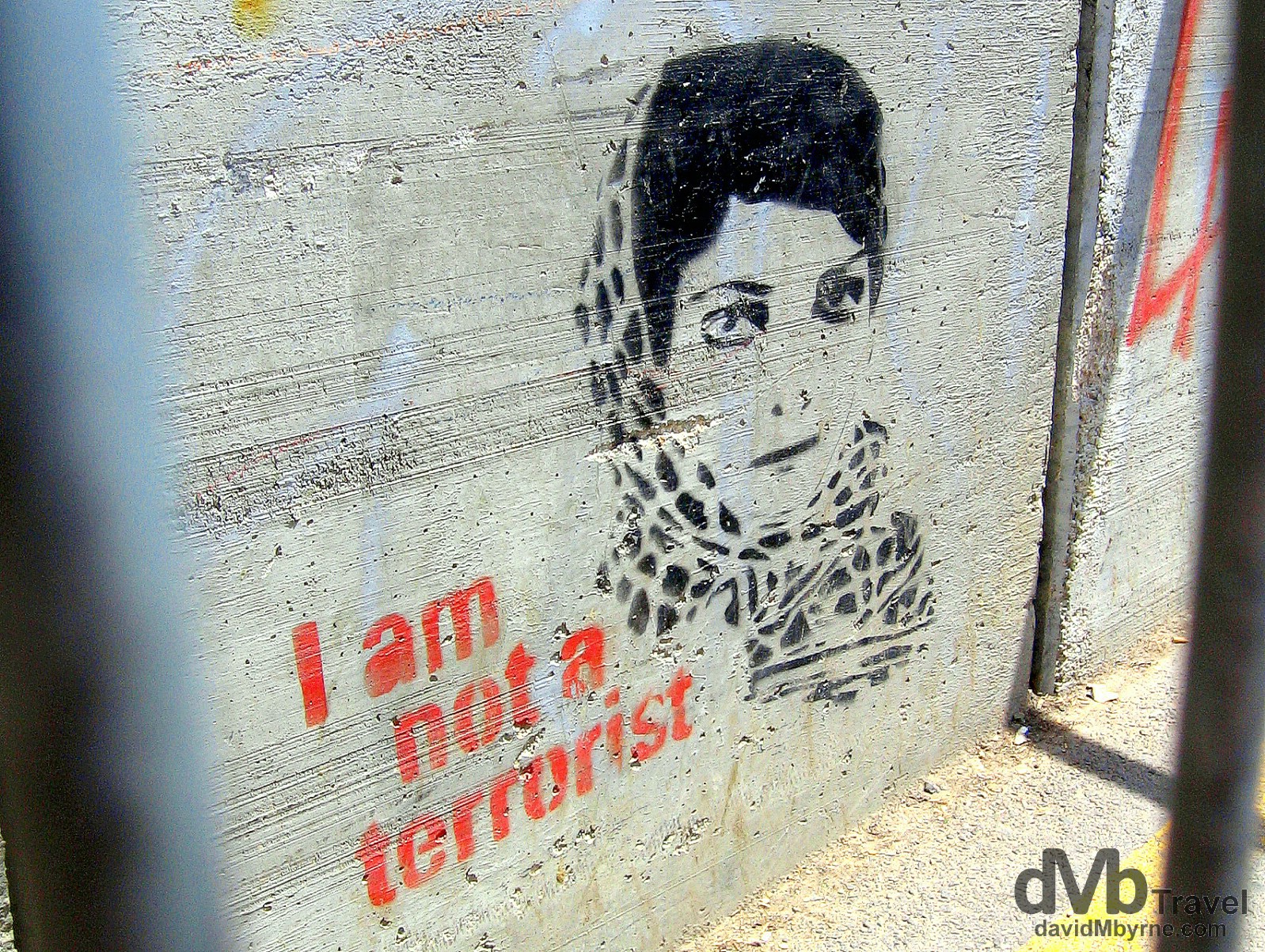 I am not a terrorist. A section of the heavily guarded wall separating the Palestinian West Back from Israel. May 2, 2008.