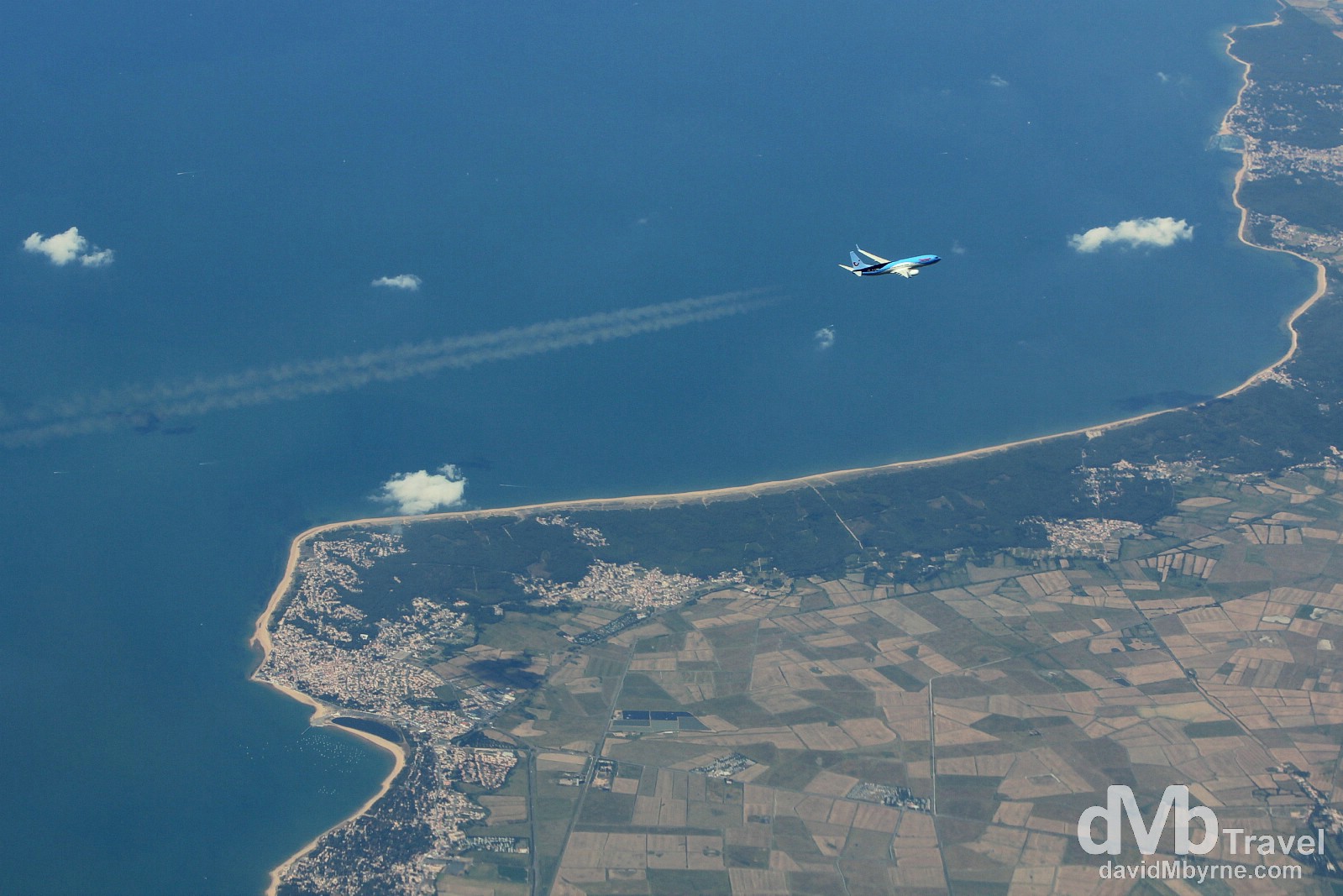 The flight home earlier today brought, for now, an end to my travels for 2014. The skies en route from Barcelona’s El Prat Airport to Dublin Airport’s T1 were busy. I saw a few flights crisscrossing the vastness out there with this one, 34,000 ft above (I’m guesstimating given the flight path) the coast of western France & the Bay of Biscay, the one that got closest. We trailed it for a while. It was neat.

The view of air traffic over a portion of the western French coastline & the Bay of Biscay as seen from Ryanair flight FR6874 en route from Barcelona’s El Prat Airport to Dublin Airport. June 19th, 2014.