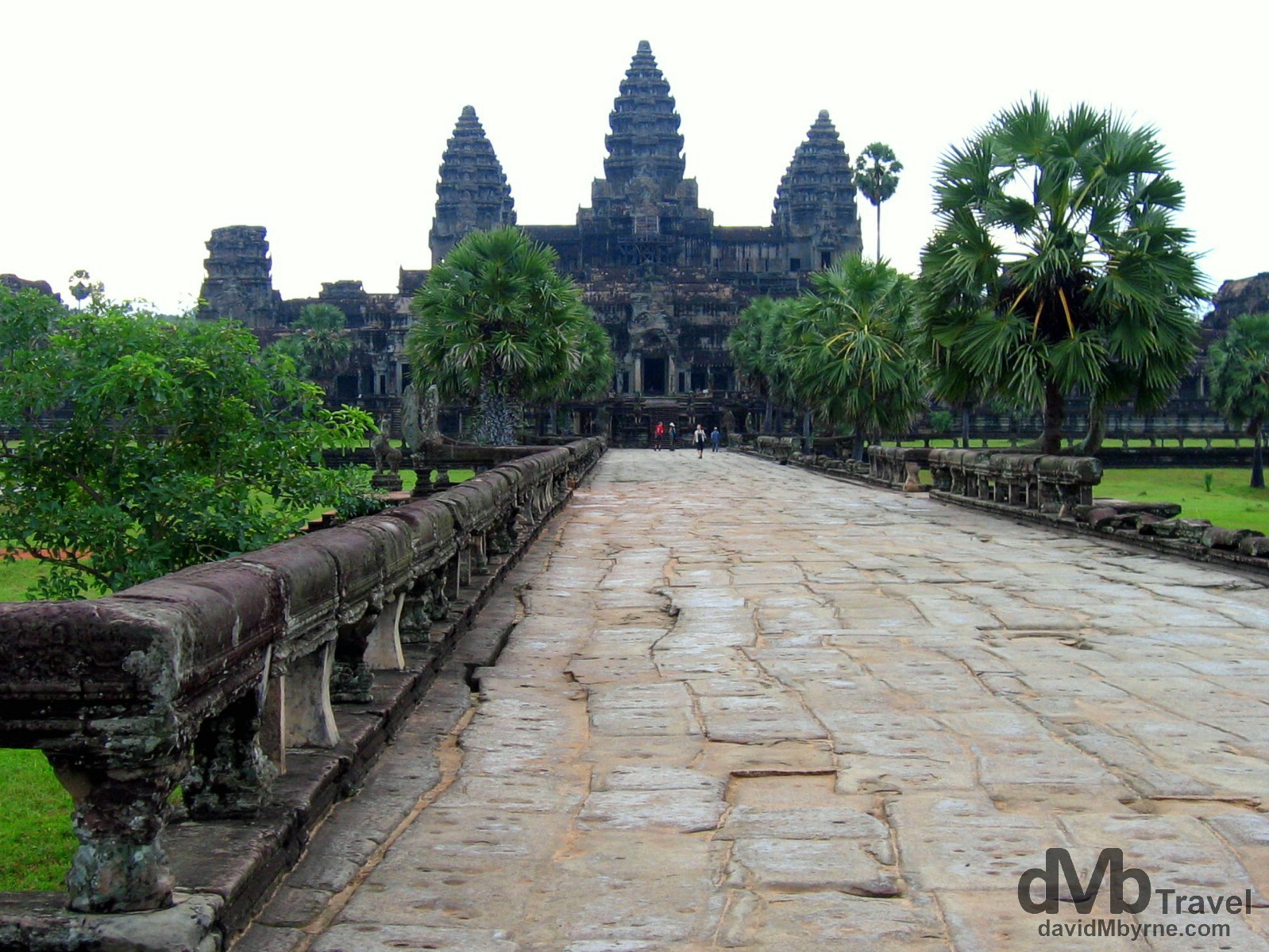 Occupying some 400 km² of tropical forest near the present-day town of Siem Reap in north-western Cambodia, the UNESCO World Heritage listed archaeological district of Angkor consists of hundreds of sculptured stone Buddhist and Hindu temples built to glorify a succession of Khmer Kings from the 9th through to the 13th centuries. 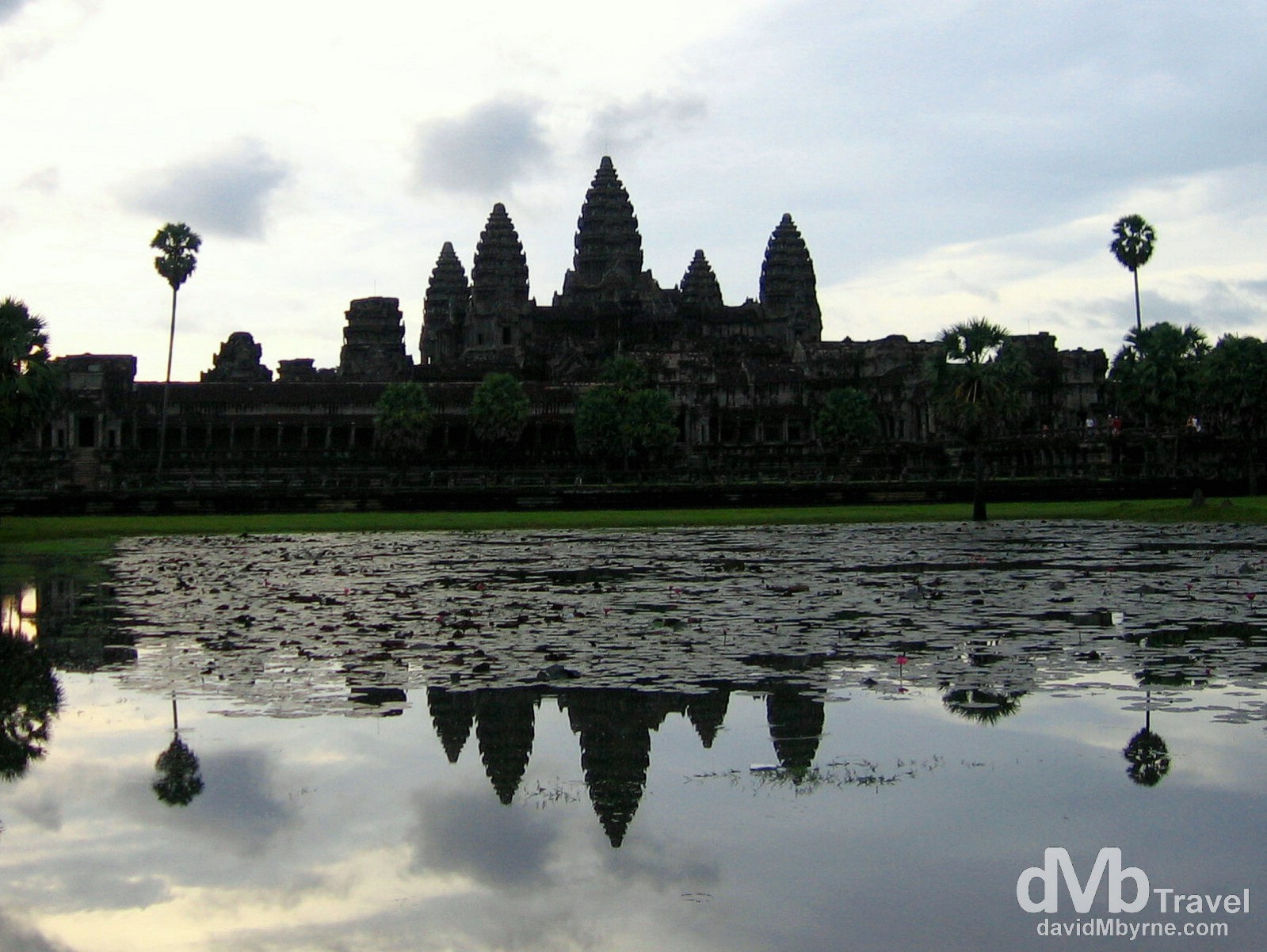 Most of Angkor was abandoned in the 15th century allowing the temple structures to be gradually cloaked by forest. The site became the source of scholarly interest in the late 19th century after the publication of Voyage à Siam et dans le Cambodge by French naturalist & explorer Henri Mouhot.

At Ongcor, there are… ruins of such grandeur… that, at the first view, one is filled with profound admiration, and cannot but ask what has become of this powerful race, so civilised, so enlightened, the authors of these gigantic works?

Angkor Wat || A 12th Century Architectural Masterpiece
The artistic accomplishment and philosophical profundity of the Angkor monuments place the Khmer on a par with the most advanced civilizations of their time anywhere in the world, making the celebrated temples of Angkor, Cambodia’s greatest treasure, the highlight of any trip to the region. And nowhere in Angkor is the Khmer ingenuity more apparent than at the biggest, most important & best preserved of the Angkor structures, Angkor Wat.

Most visits to Angkor are a full day affair, a temple loop starting at Angkor Wat for sunrise and ending at (most commonly) the temple Phnom Bakeng for sunset. And what a way to start the day. In its magnificence and state of preservation, Angkor Wat, the largest religious monument in the world & the largest and best preserved of all the Angkor temples, is unrivalled. An architectural masterpiece, its perfection in composition, balance, proportions, relief’s and sculpture make it one of the finest monuments in the world, a fact you cannot fail to appreciate when touring it. It was built by the Khmer King Suryavarman II (reign 1113-1150). It is estimated to have taken 30 years to build with construction finishing shortly after the King’s death. Scholarly opinions vary but it is generally accepted that it was built as a funerary temple for the King because it is oriented to the west, conforming to the symbolism between the setting sun and death. The amazing bas-reliefs (a mile and a half of detailed carvings in the walls surrounding the temple), designed for viewing from left to right in the order of Hindu funereal ritual, also support this function. The most famous relief, depicting a Hindu mythological scene called the “Churning of the Sea of Milk,” is a masterpiece of world art, a superbly balanced composition and a carving of exceptionally high quality. This picture was captured from the elevated walkway approaching the temple shortly after viewing a rather disappointing sunrise from the reflecting pool fronting the temple. An immensely popular sunrise location for all Angkor visitors, not just photographers, make sure you get there early to beat the hordes. Angkor, Cambodia. September 20th, 2005 || From a September 2005 visit to Angkor, Cambodia