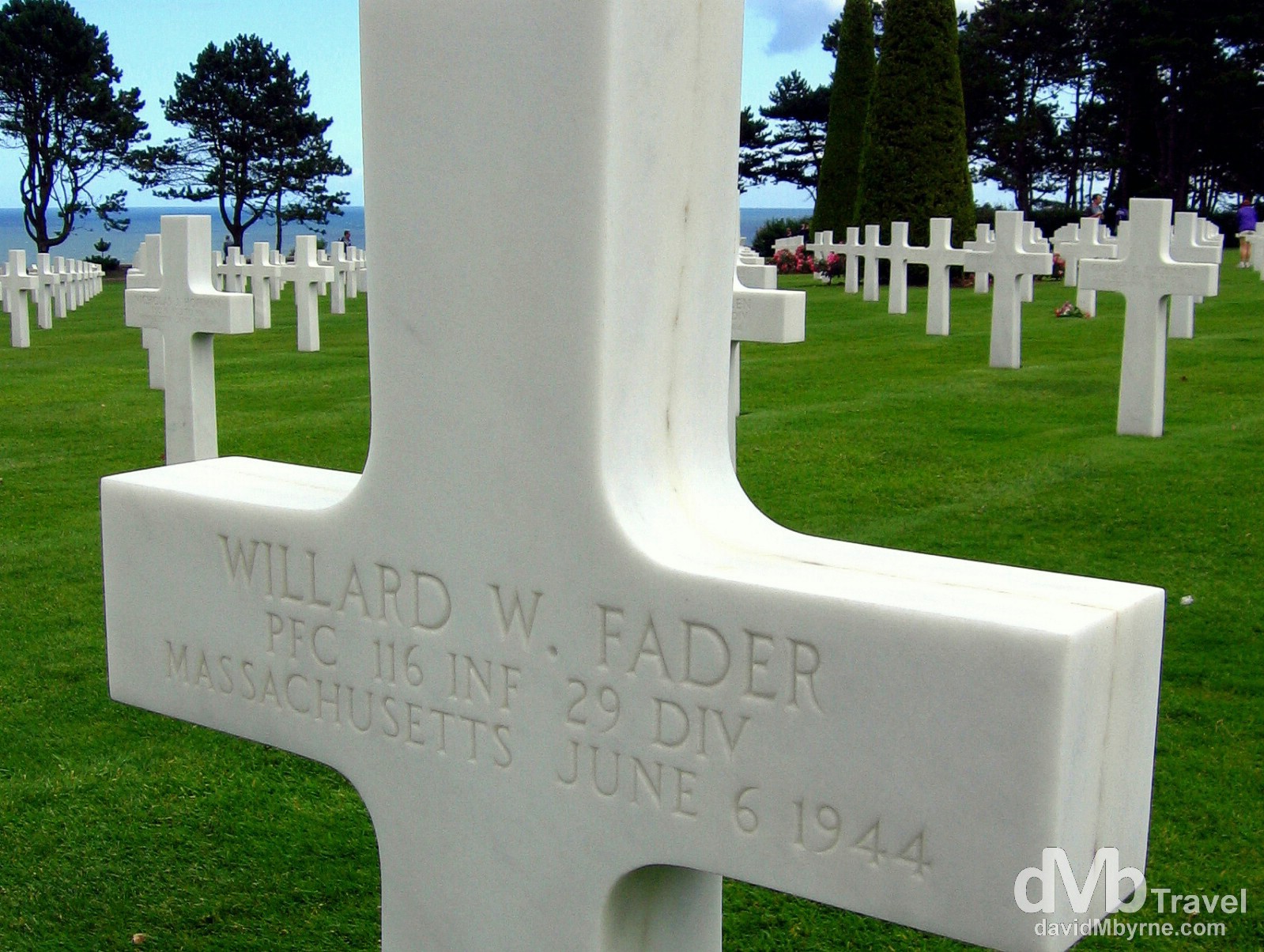 By the summer of 1944, some 5 years after the outbreak of World War II, Hitler had a firm grip on the European continent, much to the ire of the English, French, Americans and Canadians (The Allies), most of whom were taking refuge across the English Channel in England having suffered a series of defeats up to that point. However, the events & sacrifices of D-Day, June 6, 1944, which saw The Allies storming the Normandy beaches during Operation Overlord, marked the start of the efforts to wrestle the continent back from the Nazis. Operation Overlord was to be the biggest military assault in history. It started with the storming of 5 Normandy beaches (code named Utah, Omaha, Gold, Juno & Sword) & it began the Battle of Normandy which ultimately lead to the liberation of Europe from Nazi occupation. The rest, as they say, is history.

In the East, the vastness of space will… permit a loss of territory… without suffering a mortal blow to Germany’s chance for survival. Not so in the West! If the enemy here succeeds… consequences of staggering proportions will follow within a short time 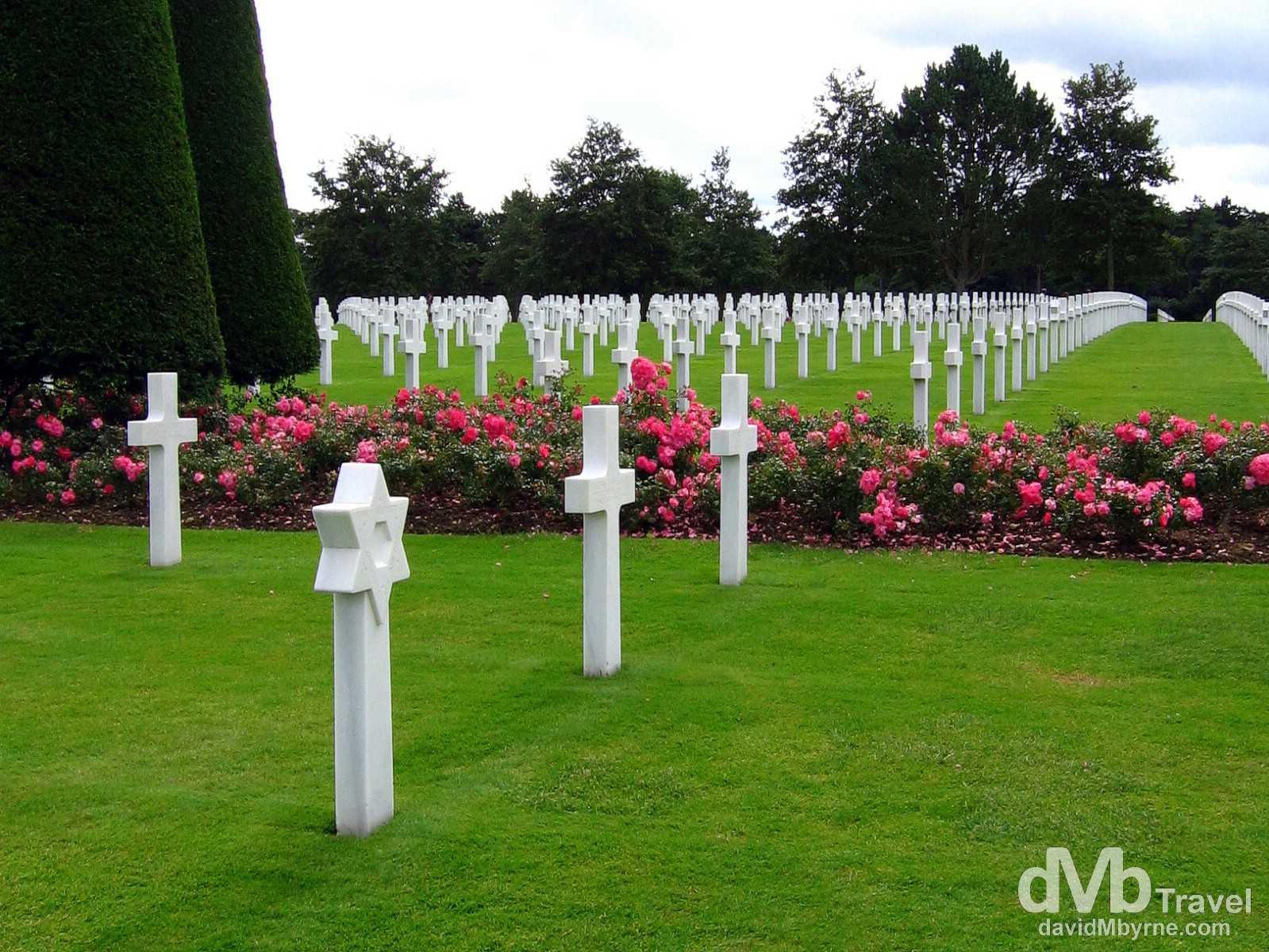 The American War Cemetery in Normandy, France, recognisable from the opening scenes of the 1998 WWII movie Saving Private Ryan, overlooks Omaha beach, one of the 5 D-Day beaches stormed by the Americans and the beach that saw the most intense fighting and accounted for most of the D-Day causalities. This sombre place is the final resting spot for just under 10,000 soldiers who died in the overall Battle of Normandy. They are buried under solid white marble crosses in orderly rows set among the most impeccably manicured lawns I’ve ever seen – the world over, Americans really do a wonderful job honouring their war dead. The site is 720 acres in size, land that at the end of the war was given in perpetuity to the Americans by the French government.