A ‘Special’ Train In India || Riding The Rails 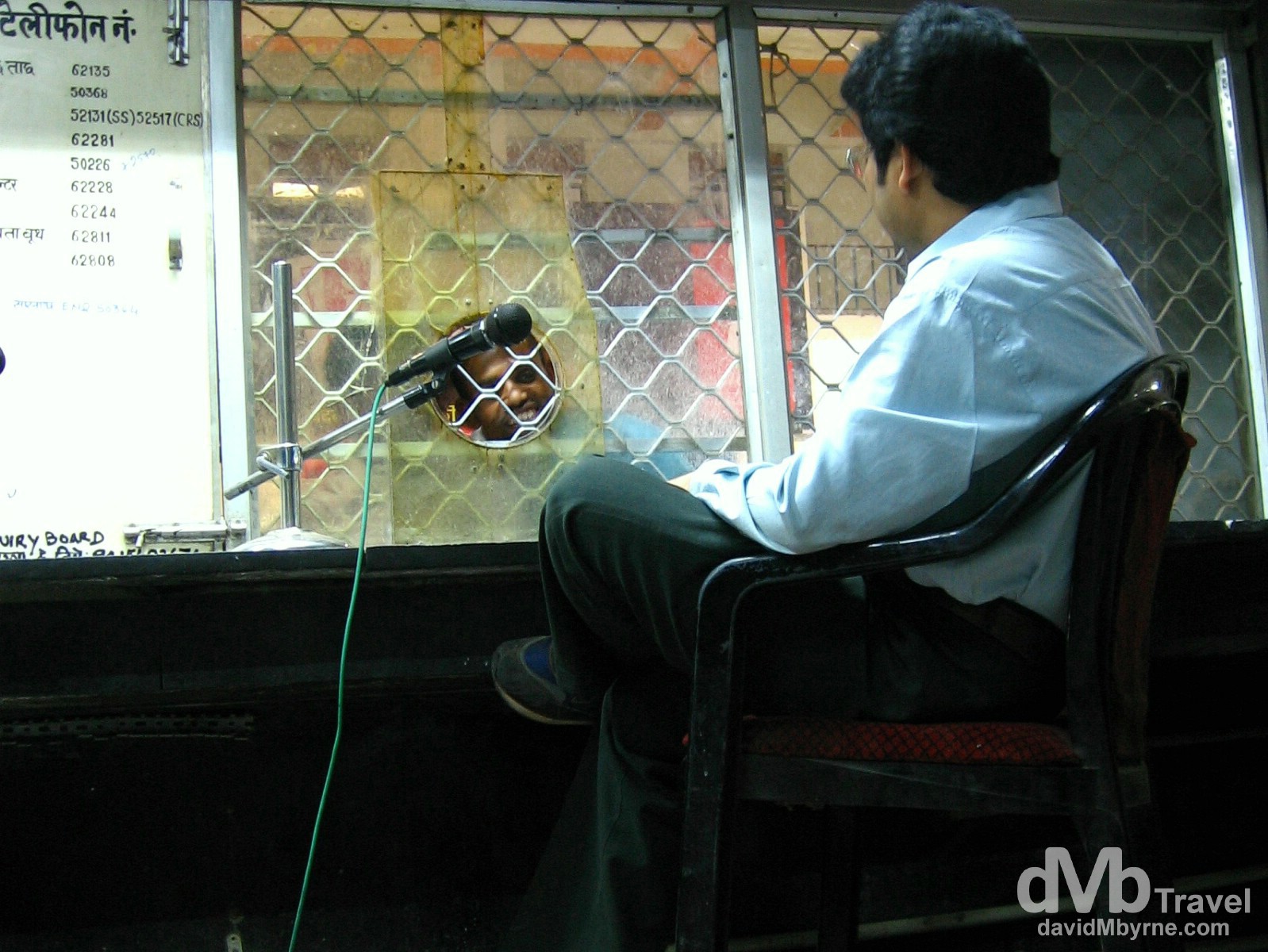 Taking the train in India is one of those quintessential Indian travel experiences & in a country so damn big it’s an integral part of a visit to the country for most travellers. It – riding the rails in India – is sometimes sweaty, sometimes attritional, but always interesting, always colourful, always 100% India.

Travelling across India by rail is likely to yield some of the most memorable moments of your trip. Open around the clock, the stations themselves are often great places to watch the world go by, with hundreds of people from all walks of life eating, sleeping, buying and selling, regardless of the hour. 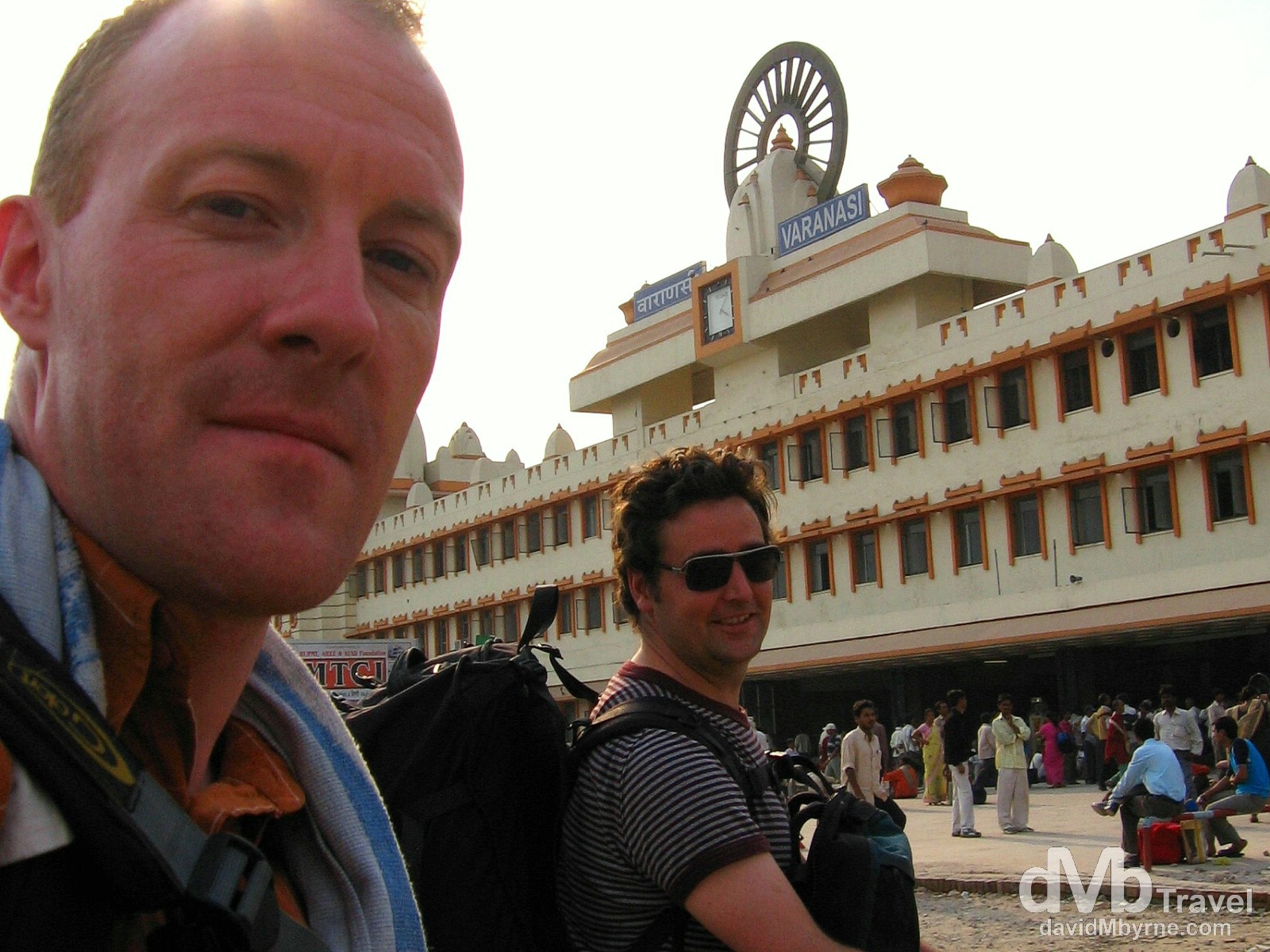 Seven-and-a-half hours & Counting
It is 1 a.m. on March 20, 2008. We should be on the 4005a train from Varanasi to Delhi right now but we’re not. We should be 7-and-a-half hours into the 14 hour train journey, but we’re not. We should be asleep in our 3rd class air-conditioned bunks but, you’ve guessed it, we’re not. Instead of all that we’re sitting in the stationmaster’s control room of Varanasi’s Cantonment train station. It’s a dingy, dusty (as always) rectangular room facing the station’s main concourse. The room is surrounded by meshed glass through which, via a tiny circular opening, an endless line of Indians question train departure times and platform numbers to the indifferent Indian Rail staff members we’re sharing the room with. We feel like goldfish in an aquarium. Once the Indians get to the front of the queue and are about to deliver their question they spot something totally unexpected – westerners frowning out at them. It’s a sight that invariably surprises them, the what-are-they-doing-there? look on their faces somewhat comical.

The view from the inside of the train station control room as the stationmaster answers question from an endless line of Indian’s, all of which find the sight of 4 westerners staring back at them fascinating. The general scorn and the disrespect the stationmaster showed the members of the public totally sickened us. His behaviour – which included poking at the public with a stick, shouting at them or just plain ignoring them – cemented in our mind just how wrong the Indian caste system is, a system which says it’s acceptable for higher members of society, in this case the stationmaster, to treat lower members of society like animals. Cantonment Railway Station, Varanasi, India. March 19, 2008.

Special Train
We’re here because the 4005a train, with a scheduled departure time of 5:35 p.m., is delayed. Royally delayed. Seven-and-a-half hours delayed and counting.

4:20 p.m.
“What platform is train 4005a going from?” I asked, shortly after arriving in the station from our guesthouse thanks to another trip on one of Varanasi’s auto-rickshaws.

An inconvenience but no big deal. We saw the delay as an opportunity to go out for something to eat and to check our e-mail, both of which we duly did. We were back by 7 p.m.

It certainly didn’t feel special to us. Not special in a good way at least. We sat around, reading a newspaper, getting stared at and taking in the madness around us.

By this stage we had been invited into the stationmaster’s control room as the station concourse was turning into a bit of a mass camp out, minus tents, by the lowest rungs of Varanasi society.

That was at 9:50 p.m. and was the last time we asked of the train; by then we were just resigned to our fate – when it comes it comes (for the record the stationmaster’s reply was “maybe”).

So we had learnt earlier in the evening from the then stationmaster (we’ve sat through a few changes of stationmaster shift) that our train is a “special” train. ‘Special’ in this context obviously means it doesn’t follow any particular timetable and that no one, not even the stationmaster whose job it is to know this stuff, knows where it is. And nobody, again not even the stationmaster, knows when it’s liable to actually arrive, if at all. While they – the various stationmasters – may not know too much about the trains due to arrive at their train station, they at least seem to know a bit about segregation, getting us safely away from the mass camp out of Indians presently taking place on the other side of the glass wall. Of course segregation brings with it its own problems, assuming you mind being stared at incessantly by the dozens of Indians who are presently peering at us through the glass wall. We don’t mind, mainly because they seem more interested with the other two westerners in the room than with us. Two girls from… well, we don’t actually know from where. Somewhere in Europe is our best guess. We’d know for sure where they were from if we actually drummed up a fellow-westerner-stuck-in-a-Varanasi-train-station-control-room-waiting-on-a-special-train-to-arrive conversation. But I think we’re all too tired for that, and of course preoccupied with wondering when this damn special train will come, if at all.

According to the same guidebook I quoted from to begin this entry, the Indian Rail system, which has 60,000 kilometres of track plied by some 14,000 locomotives transporting 12 million passengers a day & overseen by 1.6 million employees making it the largest employer in the world,

looks like chaos, but works, and works well. Trains are often late of course, sometimes by hours rather than minutes, but they do run, and with amazing efficiency too.

Good. Then we’re expecting to see a train at some stage this morning and when it does arrive we’re expecting ‘amazing efficiency’ all the way from here to Delhi. I can’t quite remember Indian trains being that efficient but I can’t recall them being this inefficient either.