Saying Goodbye To The Caribbean After 59 Days Of Sun, Sand, Sweating & Island-Hoppin'

”It has been a hell of a ride through 9 countries (11 if you include the Cayman Islands & Puerto Rico – I don’t) via as many interisland twin-prop flights, not 1, not 2, but 3 of which I missed – ‘relax mon, it’s the Caribbean!’ I’ve taken thousands of pictures, spent many thousands of euros & have a bottle-and-a-half of SPF factor 30 Nivea left.”

After 59 days of sun, sand, & sweating, my Caribbean jaunt has come to an end. It has been a hell of a ride through 9 countries (11 if you include the Cayman Islands & Puerto Rico – I don’t) via as many interisland twin-prop flights, not 1, not 2, but 3 of which I missed – ‘relax mon, it’s the Caribbean!’ I’ve taken thousands of pictures, spent many thousands of euros & have a bottle-and-a-half of SPF factor 30 Nivea left, the other half bottle having helped nurture a 6-week Caribbean farmers tan that I’m immensely proud of. 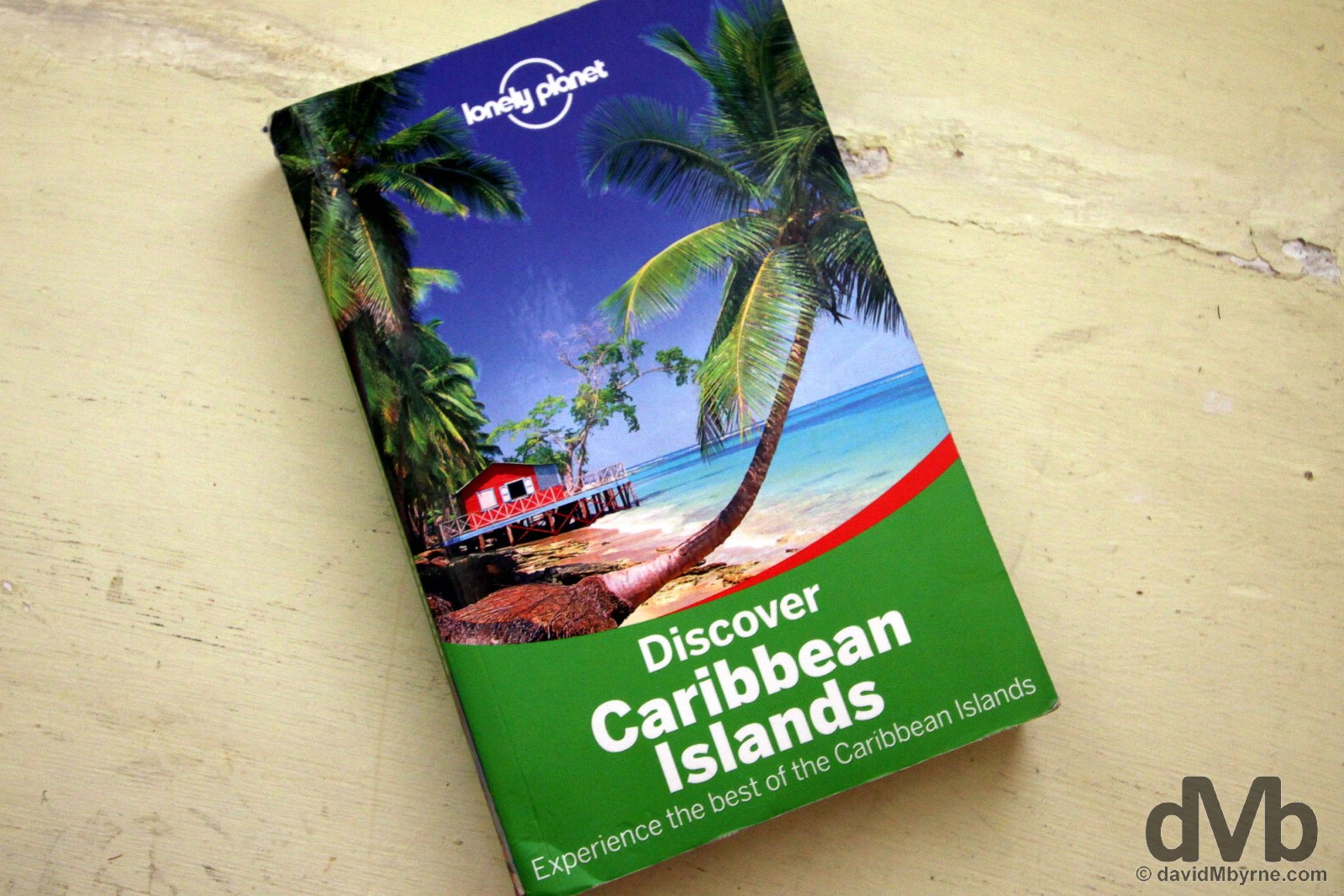 The Caribbean was great, not that this had anything to do with it. Lonely Planet’s Discover Caribbean Islands. The worst Lonely Planet publication I’ve yet used in 13+ years of globetrotting. It wasn’t long after I started my jaunt through the region that this was resigned to the bottom of my backpack, where it stayed until it reappeared for this picture. I could have done without its weight & certainly could have done without its sparse next-to-useless content.

Someone told me pre-departure that the Caribbean was worth skipping. I disagree. It was awesome. It has been a fairly relaxed 2 months and I’ve had plenty of time on my hands, but I’ve still managed to avoid blogging from the majority of the region – pictorial proof of my time in Cuba, the Cayman Islands, Jamaica, Puerto Rico, Sint Maarten/Saint Martin, Trinidad & Tobago & here in Curacao will eventually make it onto my blog but it seems as I travel these days I’m more concerned with living the moment than blogging it (if that way inclined, check out postings from Haiti, Dominican Republic, Dominica & St Lucia that I did manage to blog at the time while Caribbean island hopping). 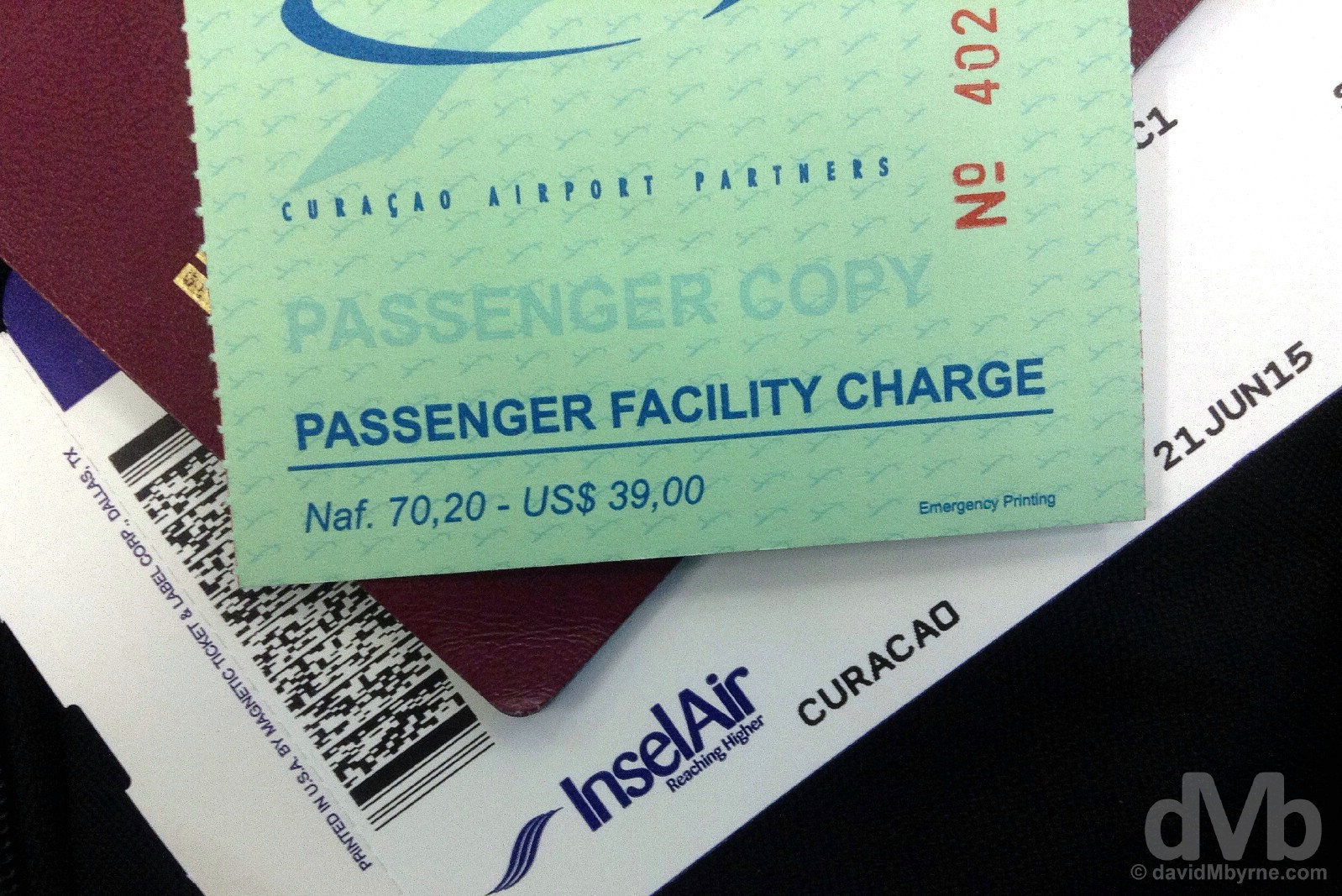 Ouch Curacao. A steep ‘Passenger Facility Charge’, a.k.a. departure tax, one of the most expensive in the region, to send me on my way to South America. Curacao International Airport, Curacao, Lesser Antilles. June 21, 2015.

Venezuela & South America Bound
In a few hours I have a flight to Maracaibo in northwestern Venezuela, the start of 6 months of travel on the South American continent. Needless to say I’ve been meaning to visit South America for a long, long time. I just never thought that once I finally got there that Venezuela’s second city would be my introduction to the continent – I’d never heard of the city before a few days ago, such is the way of spontaneous, independent travel. Not that that matters. If I’m being honest, I’m a little apprehensive about Venezuela. Is it as dangerous as they say it is (searching ‘Venezuela travel’ on Google & you’re presented with a full page of travel warnings, especially regarding the area around the southern border with Columbia that I intend to cross in a few days). What exactly is the present exchange rate (anywhere from 6, the official rate, to 400, black market rate, Venezuelan Bolivar to the US$ is what I’m reading) in the oil-rich, basket case economy. It’s going to be interesting. It’s going to be different. The start of a new chapter, a big one that’ll include, among many other highlights, 3 weeks of travel in Ecuador with my best friend, a trip to Galapagos, Easter Island, & to top it all off, & all going to plan, Antarctica, my 7th & final continent. I might be ready to take it easy for a while after that. I’ll certainly have lots to blog, that’s for sure.