The Iconic Hoover Dam Straddling The Colorado River Between Nevada & Arizona. One Of The Great Successes Of Modern Engineering

The Hoover Dam, less commonly known as Boulder Dam, is a concrete arch-gravity dam straddling the Colorado River between the US states of Nevada and Arizona. One of the great successes of modern engineering, it was constructed between 1931 & 1935 during the Great Depression, the result of a massive effort involving thousands of workers, but at the cost of over one hundred lives. The dam, which was named after former US President Herbert Hoover, impounds Lake Mead. It’s a major tourist attraction – nearly a million people visit each year – located about 55 kilometres (35 miles) southeast of Las Vegas. I stopped off en route from Las Vegas to the Grand Canyon West, 160 kilometres (100 miles) east of the dam, on day 6 of an 8-day US Southwest road trip. 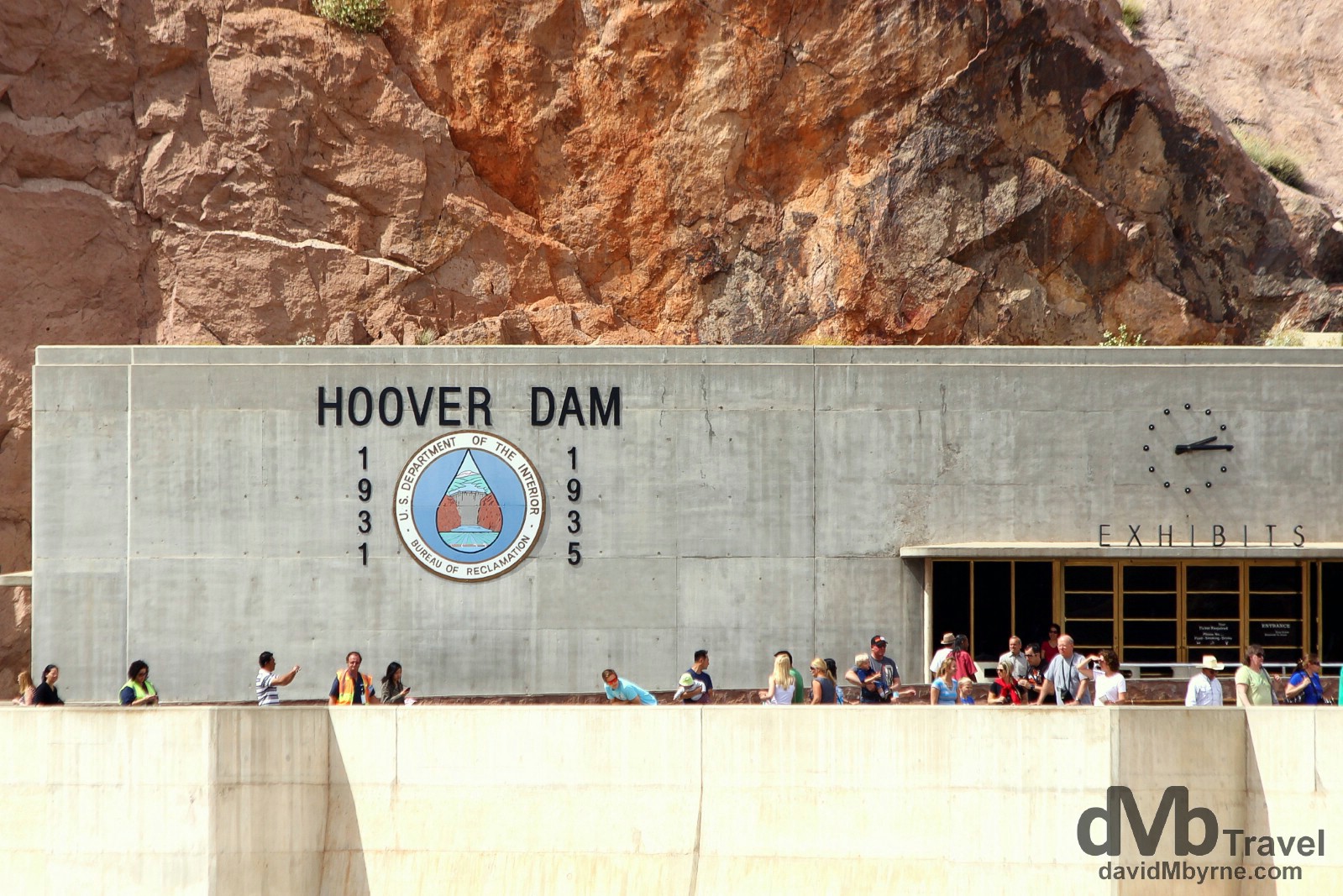 We are here to celebrate the completion of the greatest dam in the world, rising 726 feet above the bedrock of the river and altering the geography of a whole region: we are here to see the creation of the largest artificial lake in the world-115 miles long, holding enough water, for example, to cover the whole State of Connecticut to a depth of ten feet; and we are here to see nearing completion a power house which will contain the largest generators and turbines yet installed in this country, machinery that can continuously supply nearly two million horsepower of electric energy.

– US President Franklin D. Roosevelt at the Dedication of Boulder Dam, September 30, 1935 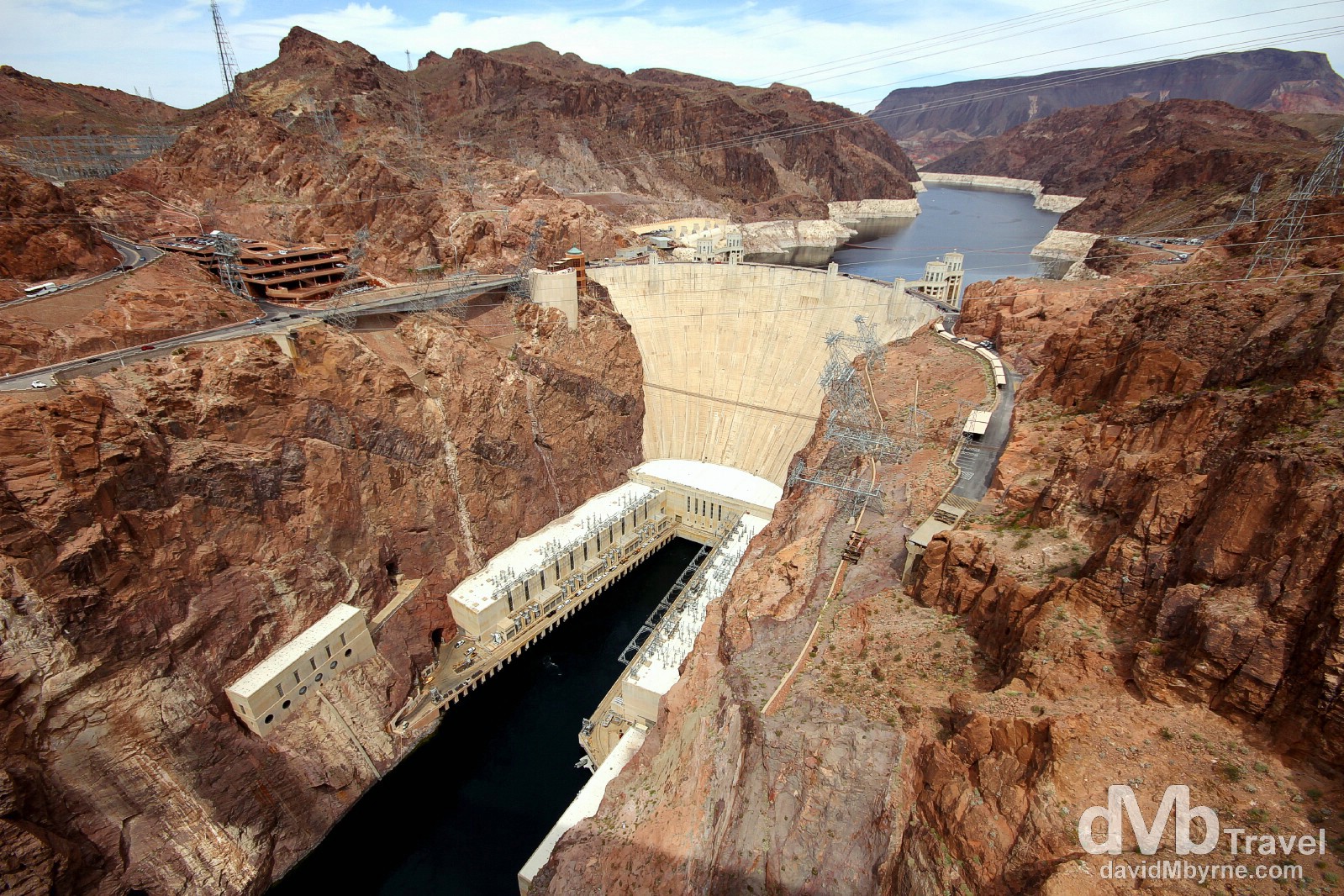 The main west-east/east-west route, U.S. 93, ran along the dam’s crest until October 2010, when the Hoover Dam Bypass opened. Part of the bypass was the Mike O’Callaghan-Pat Tillman Memorial Bridge, from where the above picture was taken. The bridge wasn’t here when I last was back in 2003 so it was good to get a fresh prospective on the area.

The new Mike O’Callaghan-Pat Tillman Memorial Bridge spanning the Black Canyon as seen from the apex of the Hoover Dam on the Nevada (right) & Arizona (left) border, USA. April 6, 2013.

Dam Pioneering
Since about 1900, the Black Canyon and nearby Boulder Canyon had been investigated for their potential to support a dam that would control floods, provide irrigation water and produce hydroelectric power. In 1928, Congress authorized the project. The winning bid to build the dam was submitted by a consortium called Six Companies Inc., which began construction on the dam in early 1931. Such a large concrete structure had never been built before, some of the techniques used in its construction untested. The torrid summer weather and the lack of facilities near the site also presented difficulties. Nevertheless, Six Companies turned over the dam to the federal government on March 1, 1936, more than two years ahead of schedule. It was the world’s largest dam when completed and was instrumental in generating power and providing irrigation via Lake Mead, which was created behind the dam. 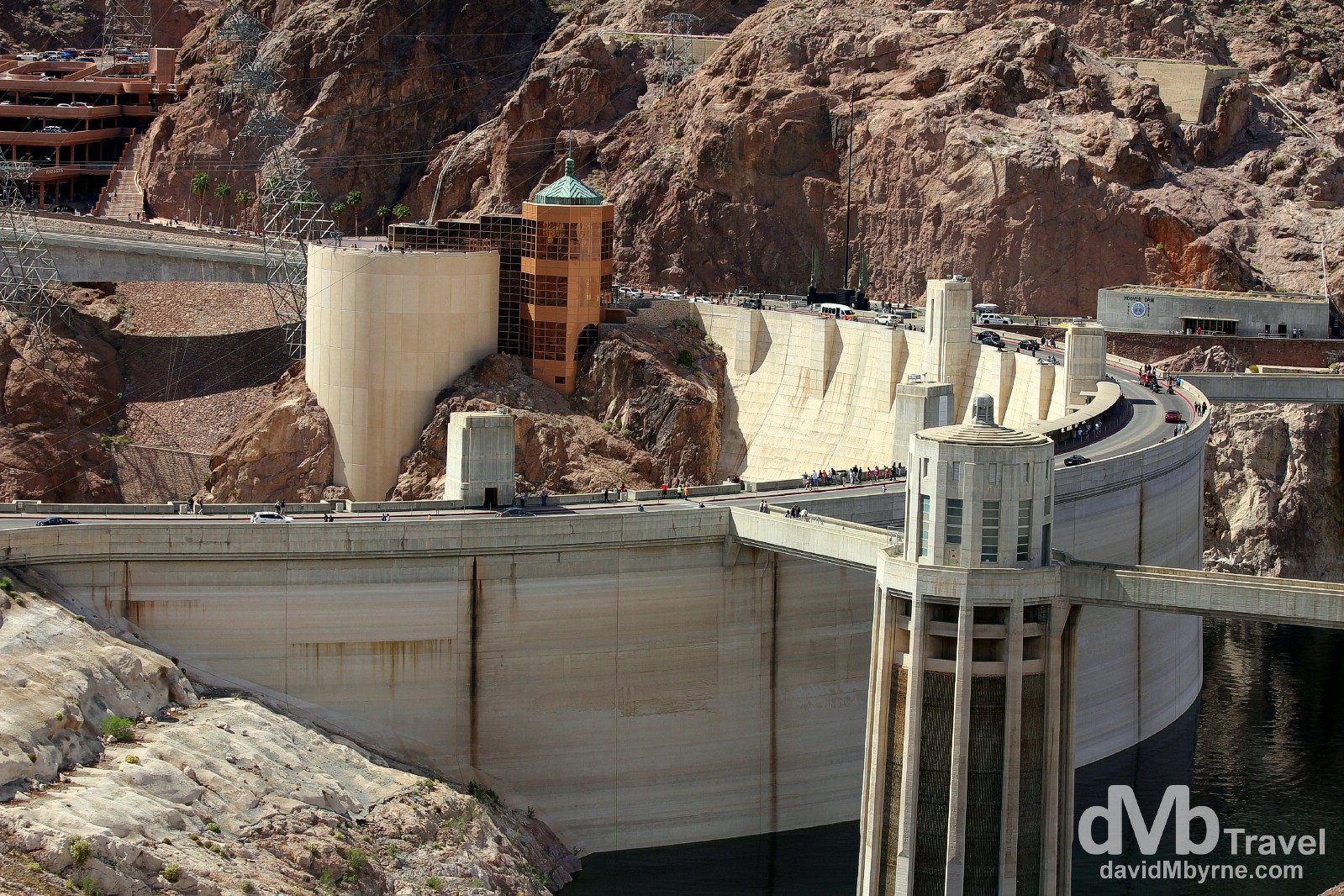 Taken from the Arizona side, the rear of the Hoover Dam on the Nevada & Arizona border, USA. April 6, 2013.