Granada was founded in 1524 making it the oldest Colonial city in mainland America (it was founded 26 years after Santo Domingo in Dominican Republic, the oldest European settlement in the Western Hemisphere). Built as a showcase city, it was the first chance the Spanish had to show the subdued locals that they had more to offer than strange religions (Christianity) & advanced military technology. The city grew (very) wealthy as a trade centre and its buildings reflect its past status as one of Central America’s most influential centres. Curved colonial portals, elegant churches, a fine, shady plaza & colourful adobe buildings. It all makes walking the streets of this city a treat, the definite touristic must-do (& don’t mind if I do). 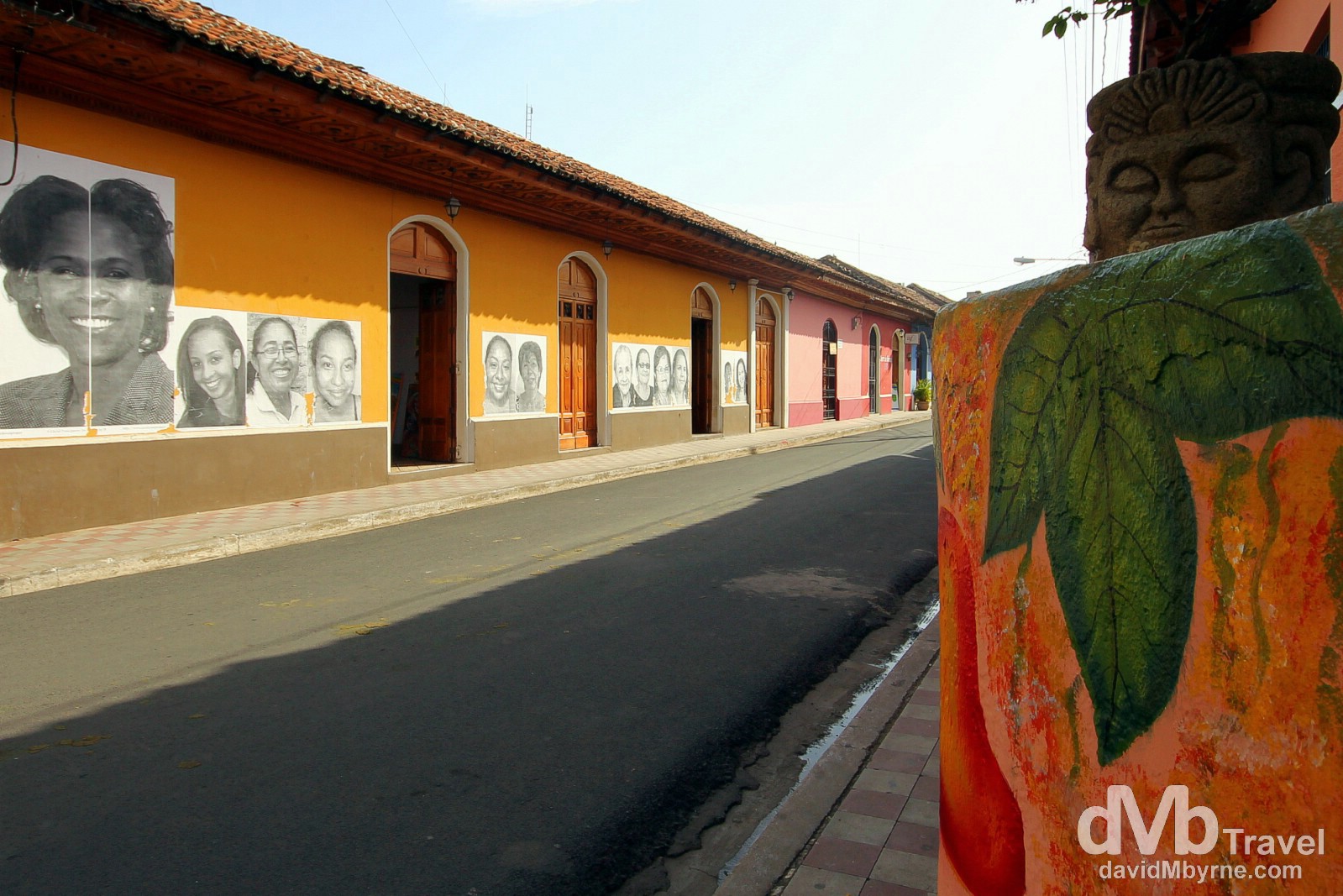 Faces on the colourful streets of Granada (

A Real Tale of Two Cities
The often bloody but fascinating history of Nicaragua is a real Tale of two Cities, the two legendary cultured Spanish colonial jewels of Leon & Granada, two of the oldest & most historic colonial cities in the Americas. Both were founded by the Spanish in 1524, only 2 years after they colonised the country after making incursions from their settlement further south in Panama. The Spanish assigned Leon their colonial capital but Granada, only a few months older than Leon, grew wealthy thanks to its strategic location – it had, via the Rio San Juan & Lake Nicaragua, a direct shipping route to the Caribbean & thus Europe, making it influential in the days that pre-dated the Panama Canal.

Rivals from the get-go, the cities continued to feud even when Nicaragua gained its outright independence in 1838 resulting in full-blown Civil War in the 1850s – even the 1857 establishment of a neutral capital, Managua, midway between the two cities didn’t quell the fighting. The most recent & well-documented Civil War of the 70s & 80s – in which the Americans threw their weight behind the Conservatives from Granada fighting against the liberals from Leon, the FSLN – ravaged the country. Warring scars still remain today, although more-so in Leon, the larger of the two cities & the city which saw more fighting and thus suffered more damage – Granada is largely unblemished in that regard, its colourful streets more of a showcase than the streets of its northern rival. 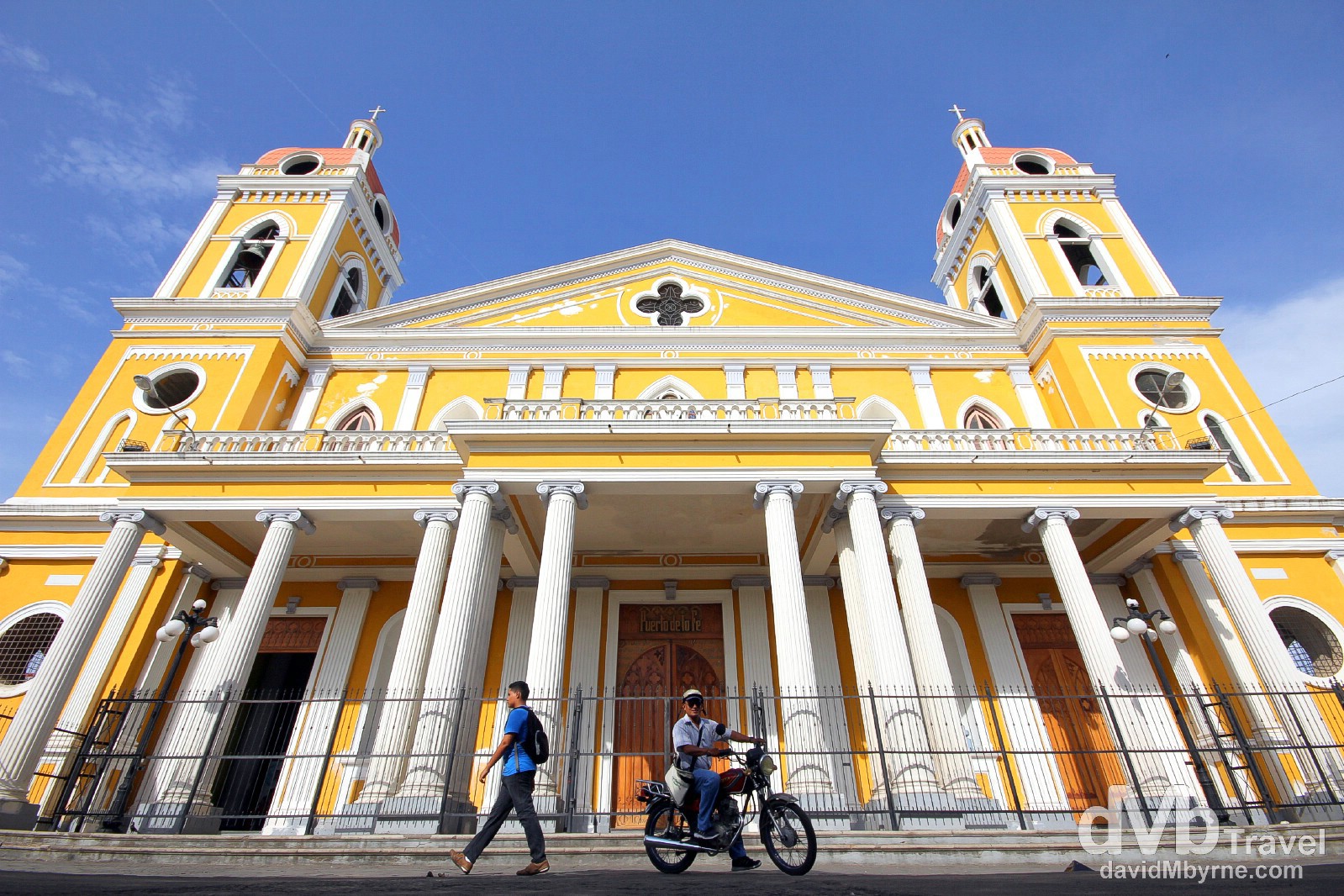 Having already visited Leon, Granada was Nicaraguan Spanish Colonial Jewel #2 for me. And there was no letup in the wonderful colonial architecture. This is the city’s standout structure, the Cathedral de Granada overlooking the city’s Parque Central. First built in 1583, it has been rebuilt many times with the present-day structure the result of a 1915 reincarnation. Granada, Nicaragua. June 18, 2013. 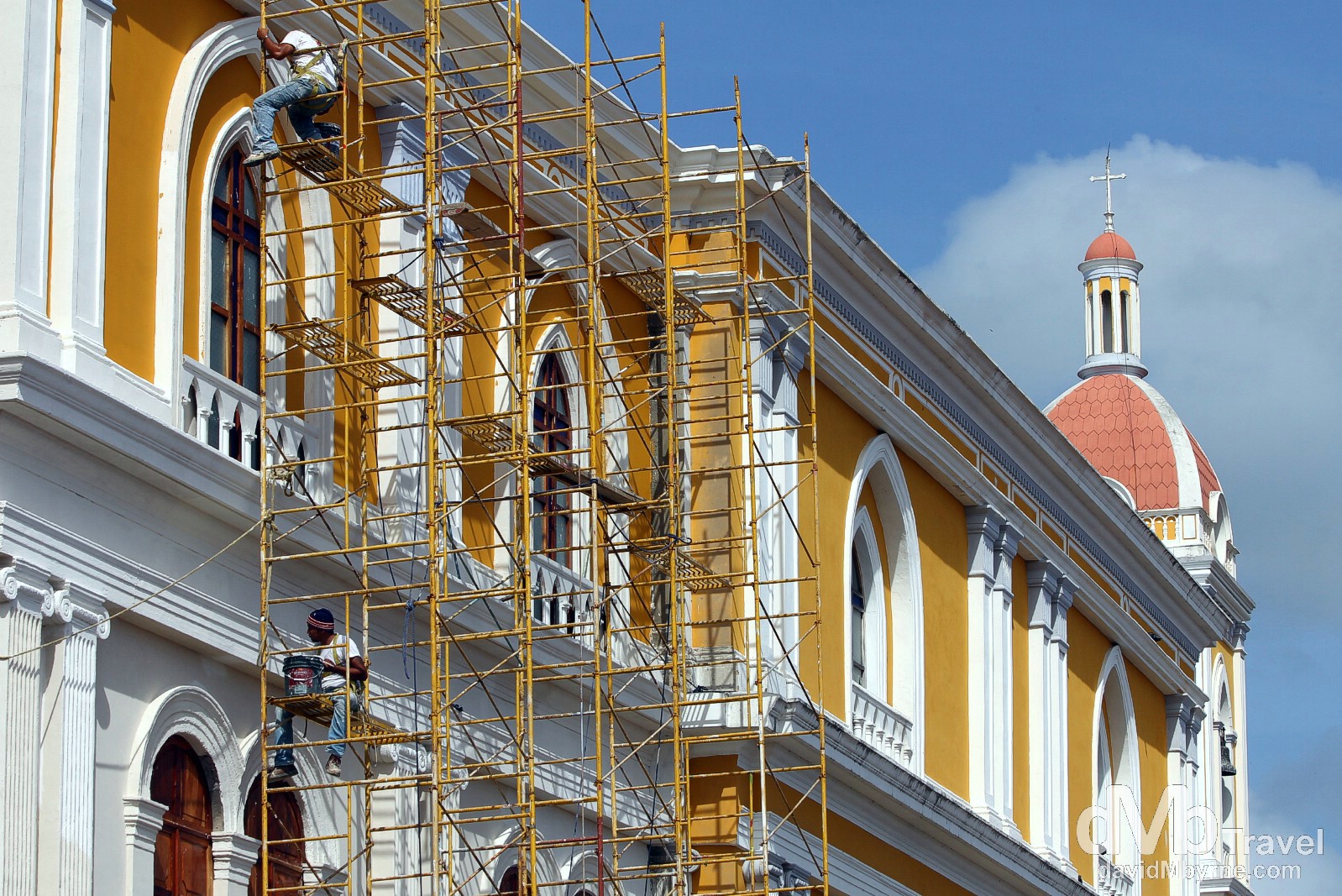 Upkeep on Cathedral de Granada. Granada made its money in the past through trade. Today tourism is its main source of income so it is in the best interests of the city to keep its main attractions looking as good as possible. They seem to be doing a good job in that regard. Granada, Nicaragua. June 19, 2013. 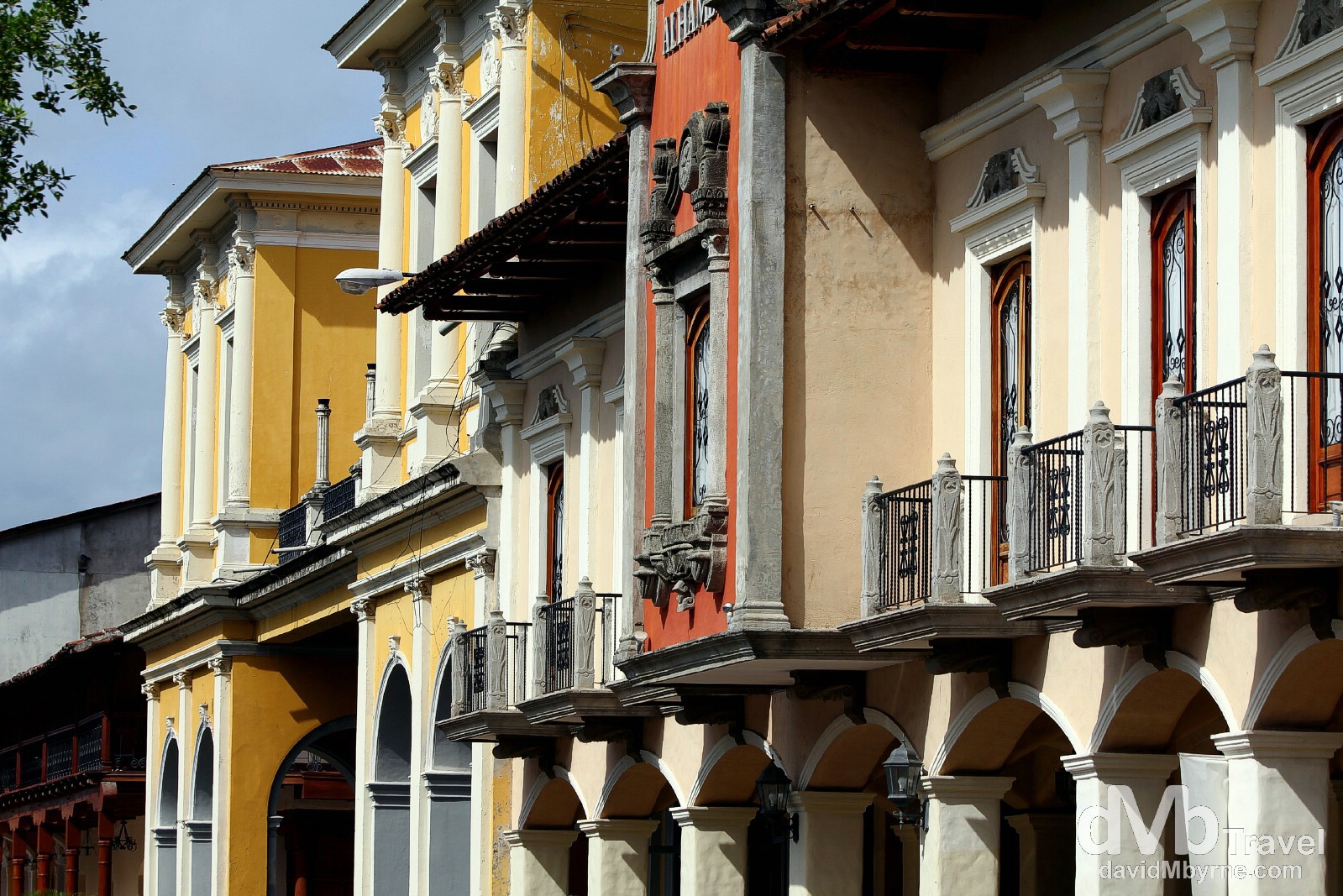 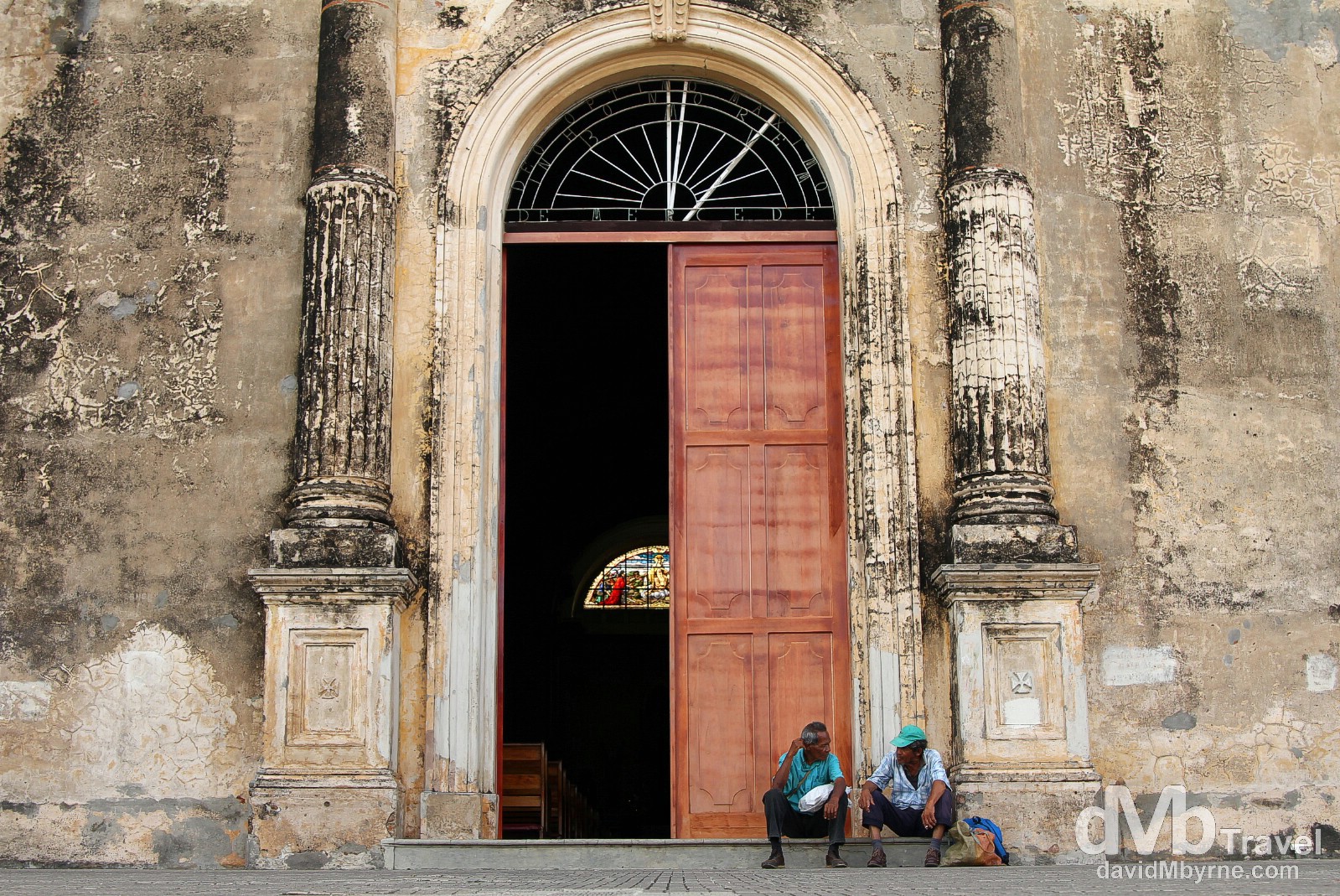 Sitting outside the 1539 Iglesia de la Merced. A city landmark, the church was originally completed in 1539 but was razed by pirates in 1655 and rebuilt with its current baroque façade between 1781 and 1783. Damaged again by mercenaries in 1854, its interior was restored in 1862. As nice as the interior was (it was), it was the dramatic, unkempt façade that stole the show for me. Granada, Nicaragua. June 18, 2013. 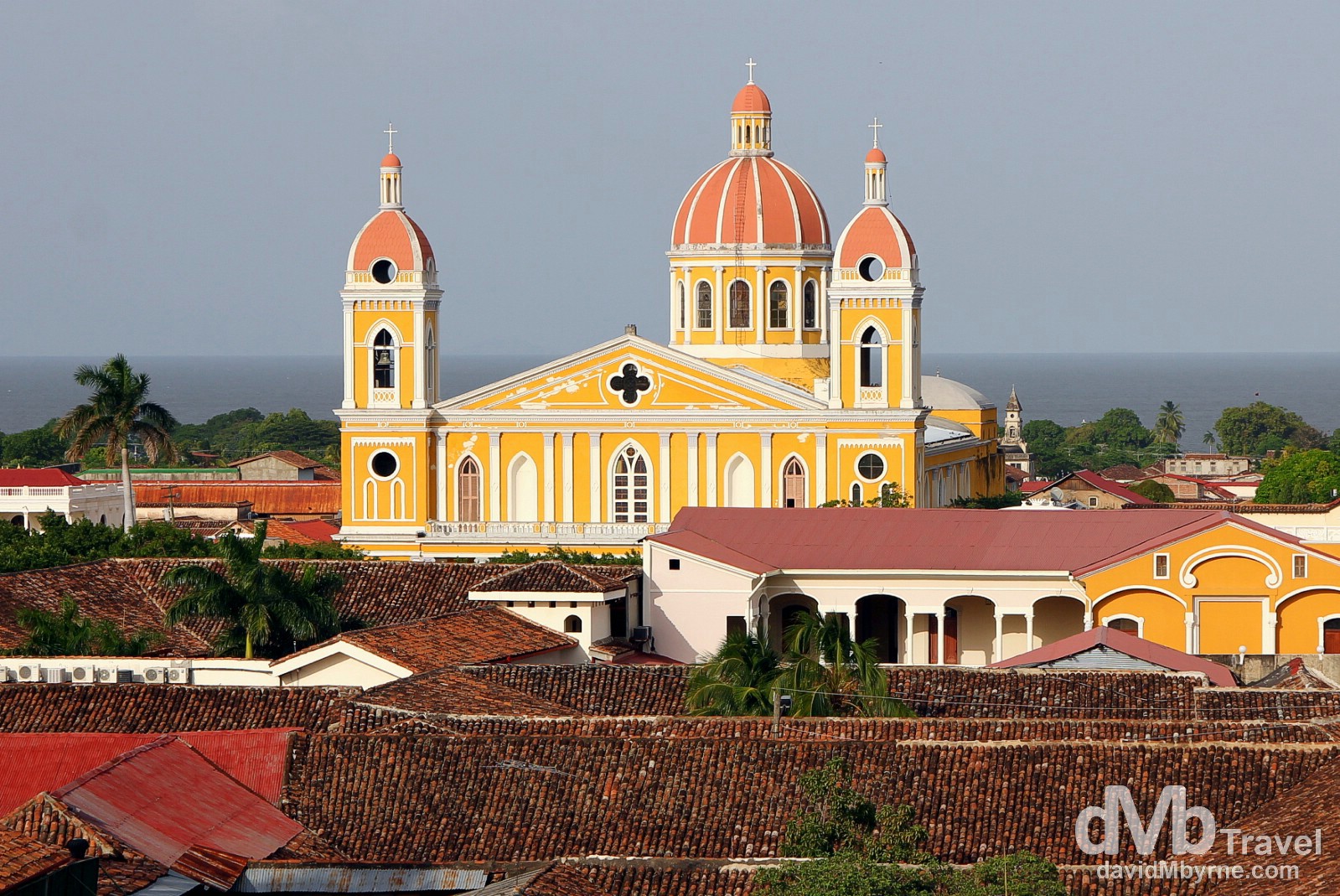 An iPod panorama of Granada as seen from the bell tower of Iglesia de la Merced, Granada, Nicaragua. June 18, 2013. 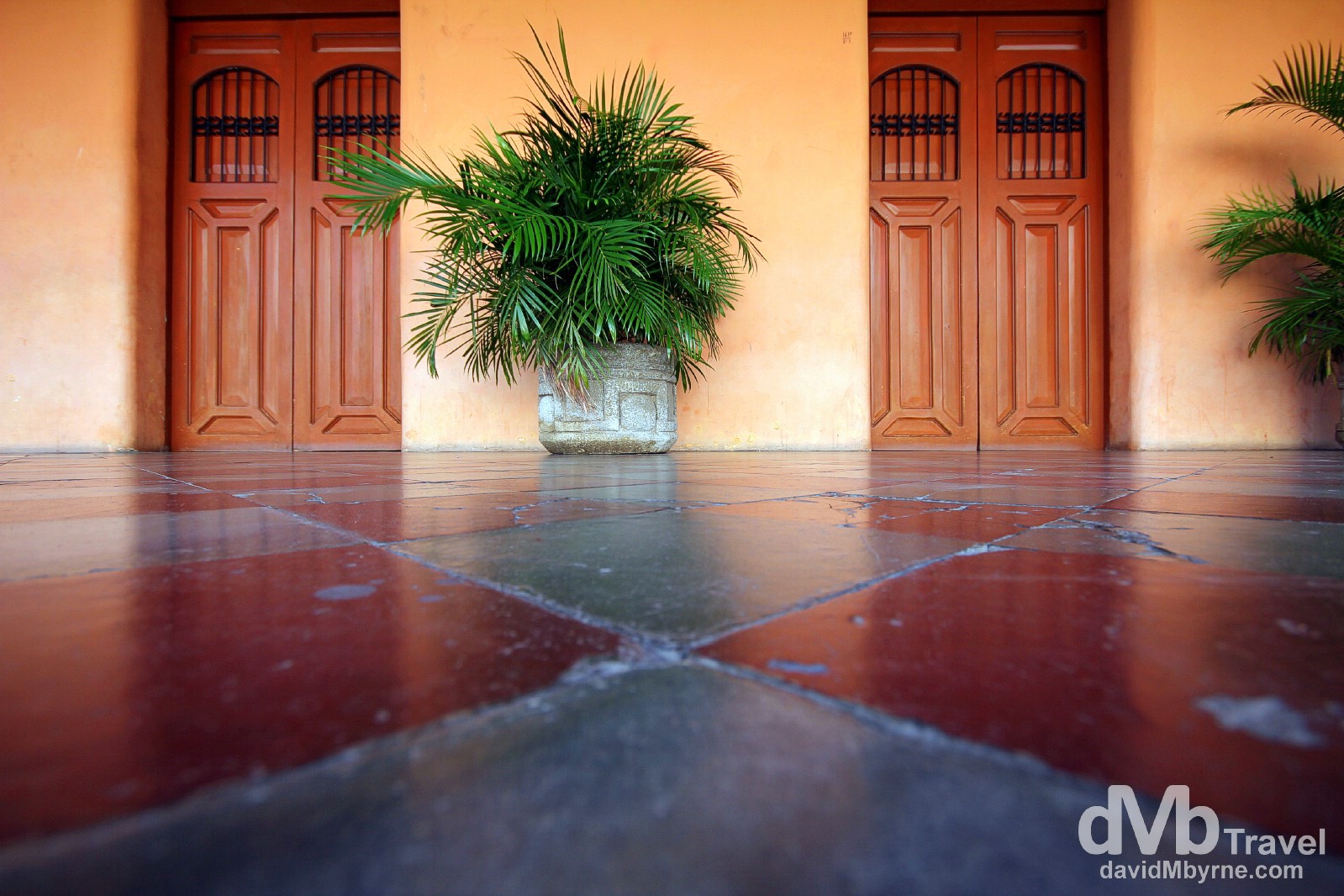 Colonial charm on the streets of Granada, Nicaragua. June 18, 2013. 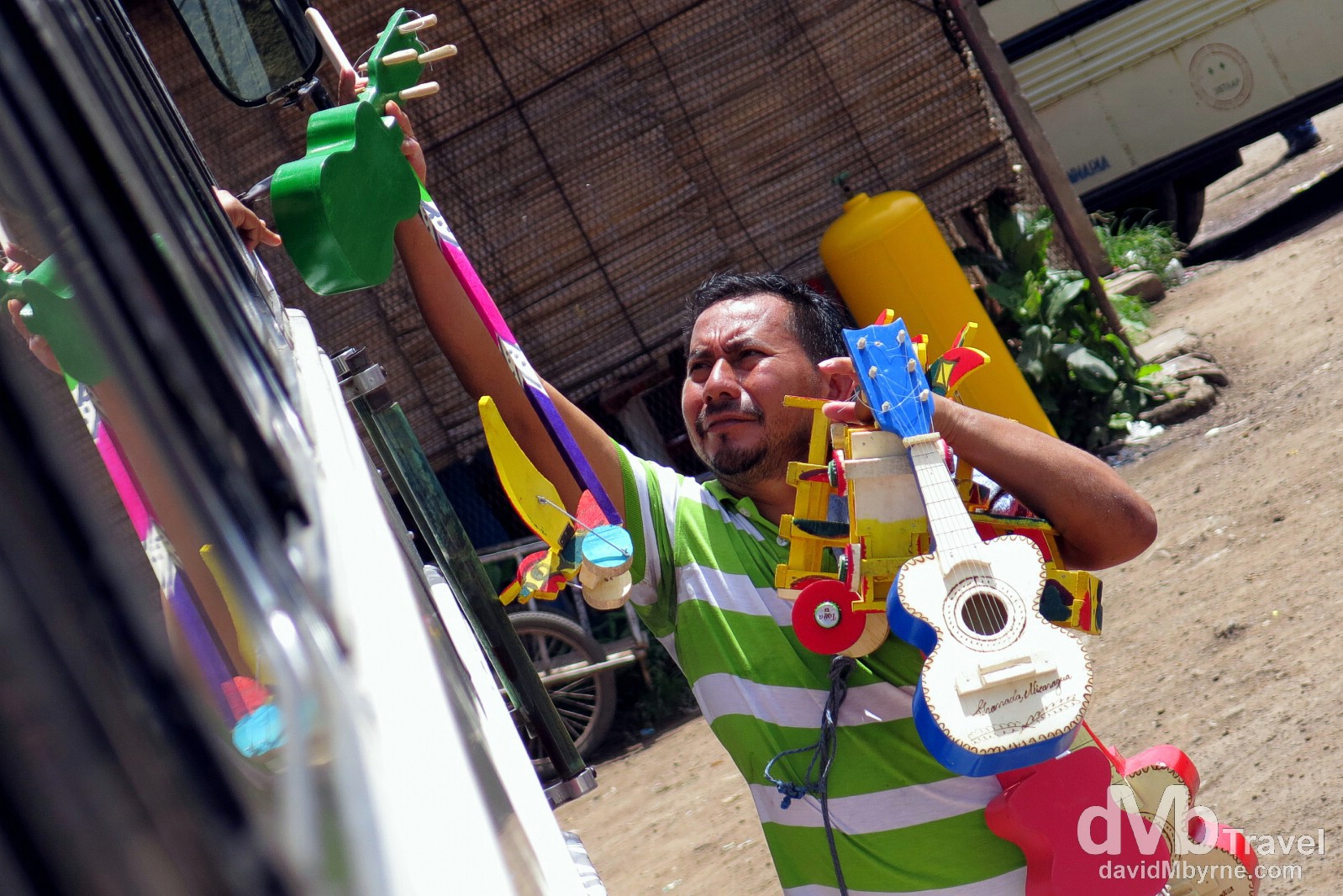 You see many things for sale in & around buses in Central America but I’d yet to see colourful toy musical instruments among them. Granada, Nicaragua. June 19, 2013. 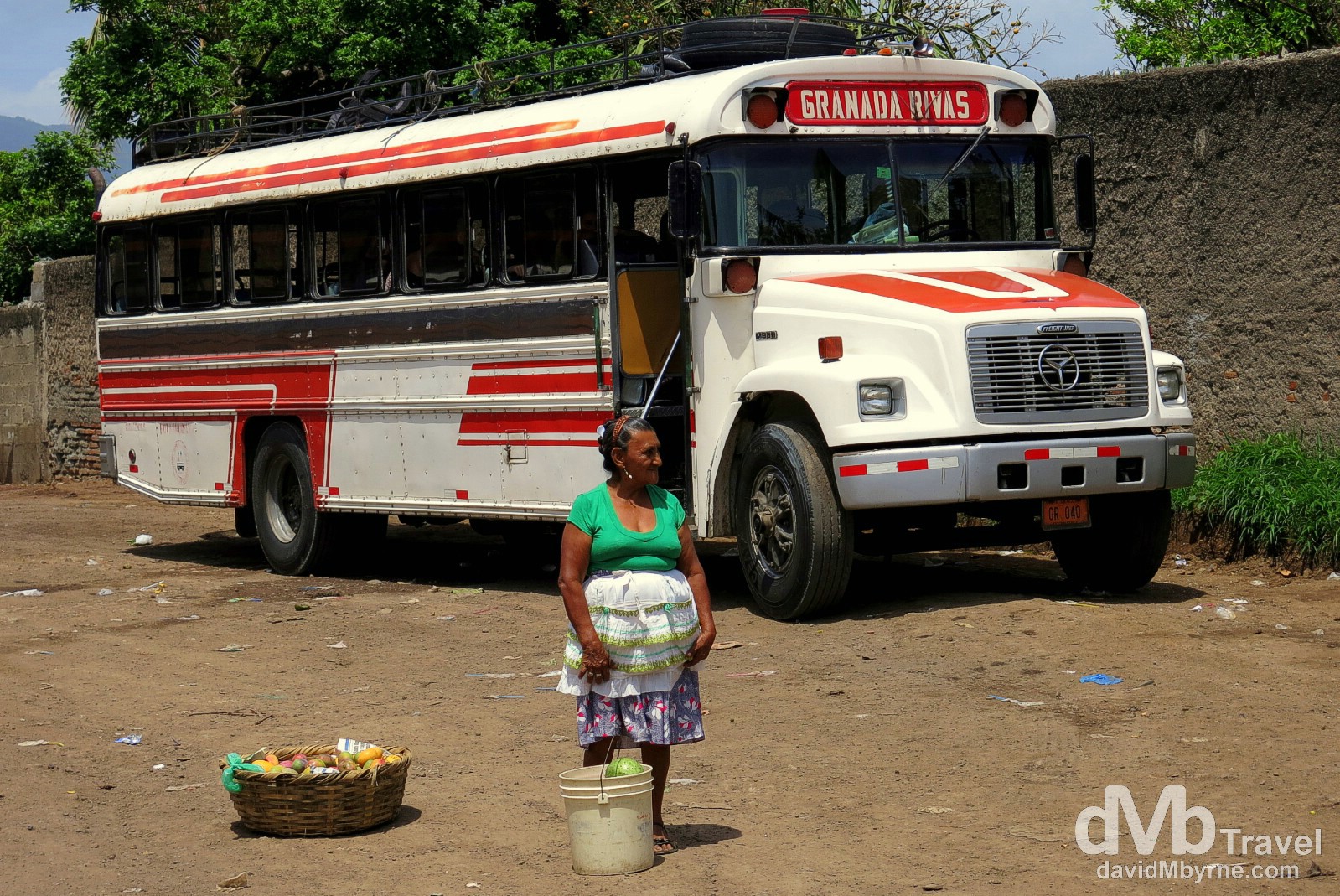