Leaving Chiang Mai proved harder than it should have been. Each and every time I went to Chiang Mai train station to try and secure a train ticket back to Bangkok I was peddled the same line.

Full. No sleeper. Only seat. Come back tomorrow.

I went back ‘tomorrow’, but only once and to hear the same line from the same stone-faced attendant. So now I’m on a bus instead, even though they also only offer seats. Umm. Guess I didn’t think that one through.

Chiang Mai is Thailand’s second city, the largest & capital city of northern Thailand, a cultural hotbed & a jumping-off point for forays further north. Since leaving Bangkok to get here I had too much of a good time on the overnight train, a 16-hour journey that seemed to fly by with the aid of Chang Beer. 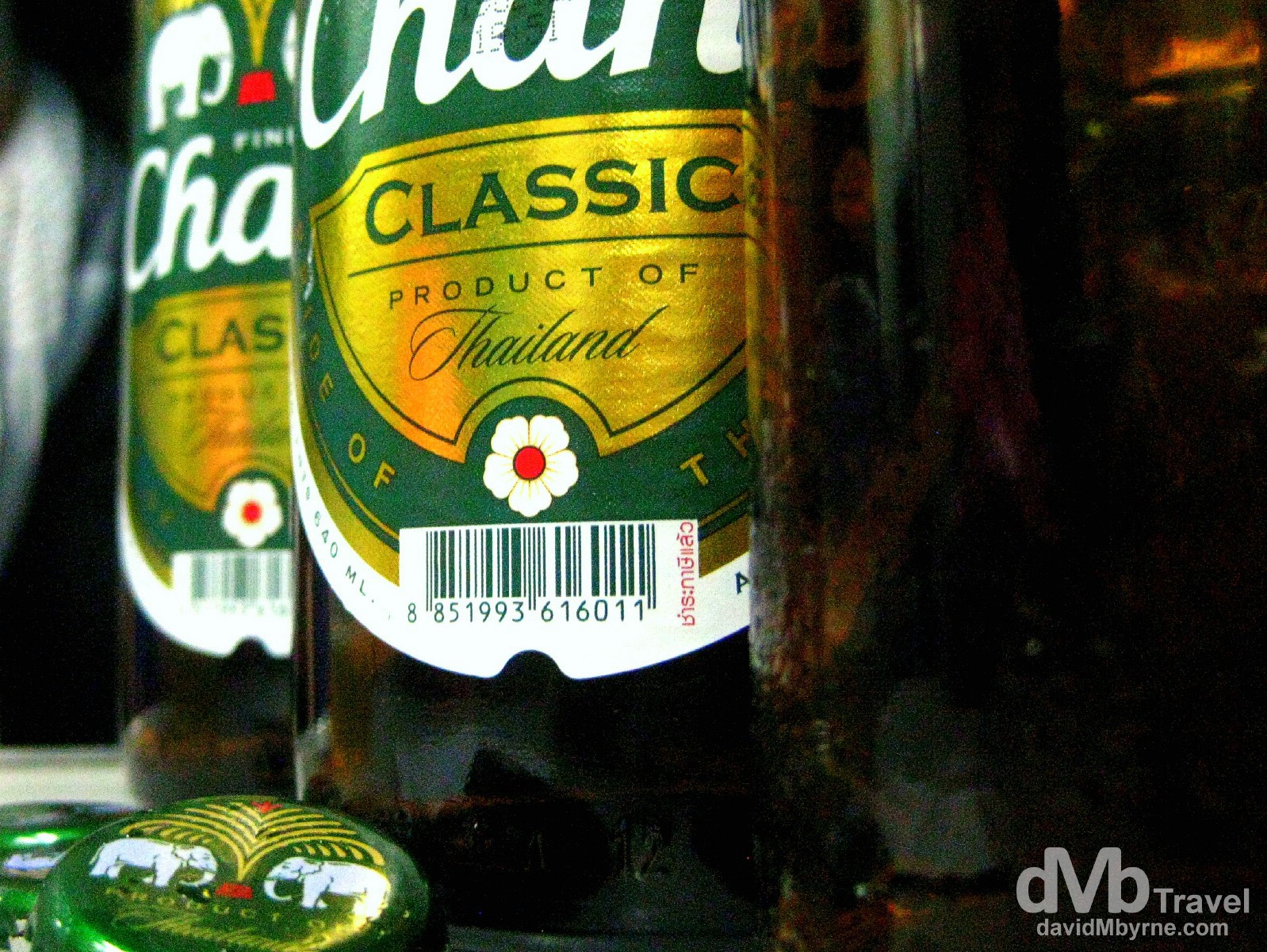 Chang beer, a pale lager & the most popular beer in Thailand. It’s the flagship brand of ThaiBev, Thailand’s largest beverage company and one of Southeast Asia’s largest beverage companies. Chang is the Thai word for elephant, an animal with cultural and historical significance in the country, & the beer’s logo features two elephants facing each other. It’s a strong brew, at least when drinking from the 660 ml bottles found in Thailand; it’s brewed to only 5% abv for export whereas the local brew is a quick & dangerous 6.4%. On the 16-hour overnight train from Bangkok to Chiang Mai, Thailand. March 8, 2012

Chiang Mai, or just CM if you’re a cool kid, proved quite photogenic. I wasn’t expecting it to be but it was picturesque from the get-go, as soon as I stepped off the overnight train from Bangkok. 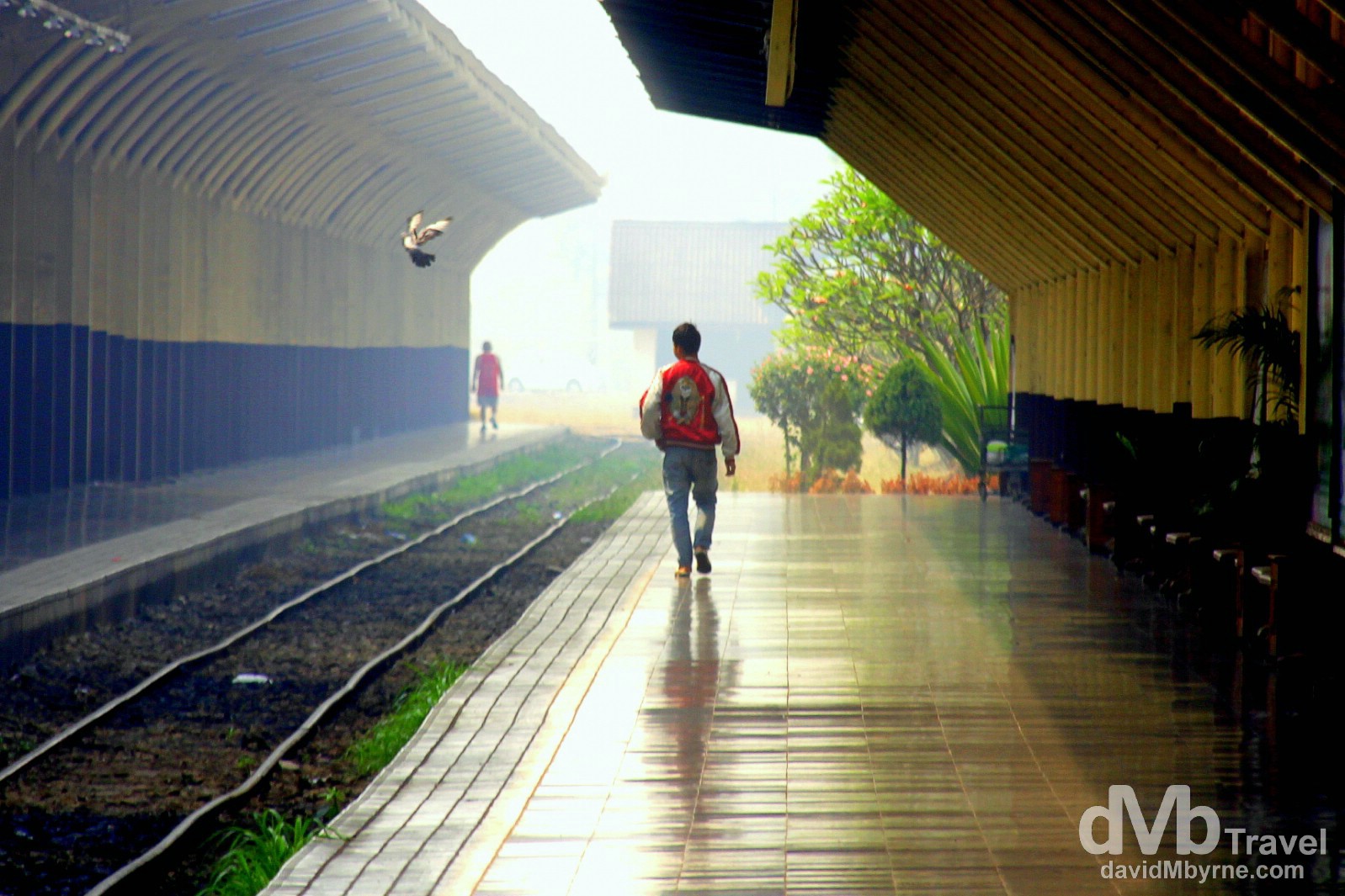 Reflections on the platform of Chiang Mai train station just after getting off the 16-hour train trip from Bangkok. Railway Station, Chiang Mai (

There were some pretty cool things to see & photograph when visiting the touristy Chiang Mai Night Market/Bazaar. 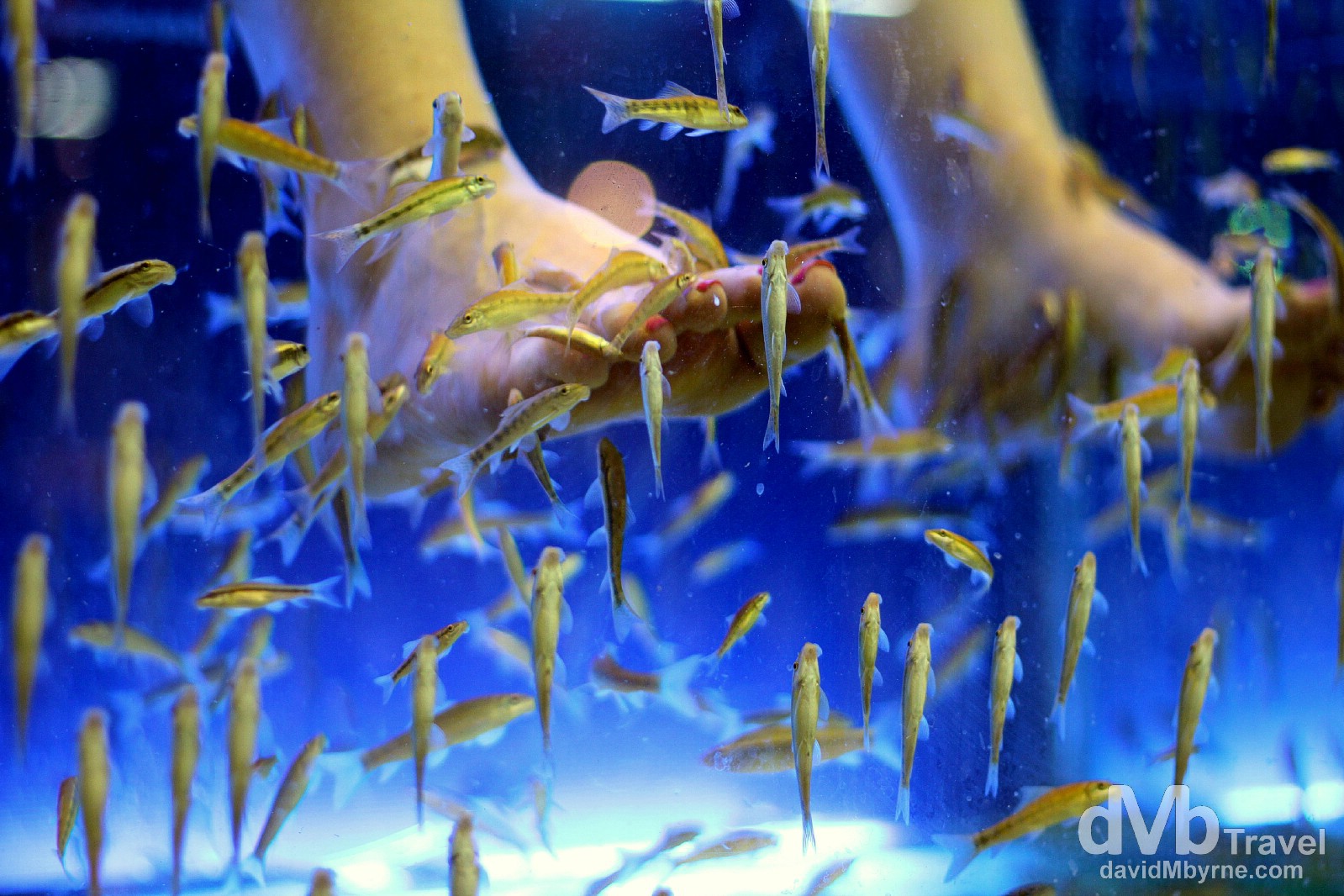 It may be full of knock-offs & tourist tat but the Chiang Mai Night Bazaar is still a tourist favourite, which probably explains why I only saw tourists availing of this bizarre bazaar (sorry, I couldn’t resist) attraction of having their feet cleaned/exfoliated by little fish. Night Bazaar, Chiang Mai, Northern Thailand. March 9, 2012 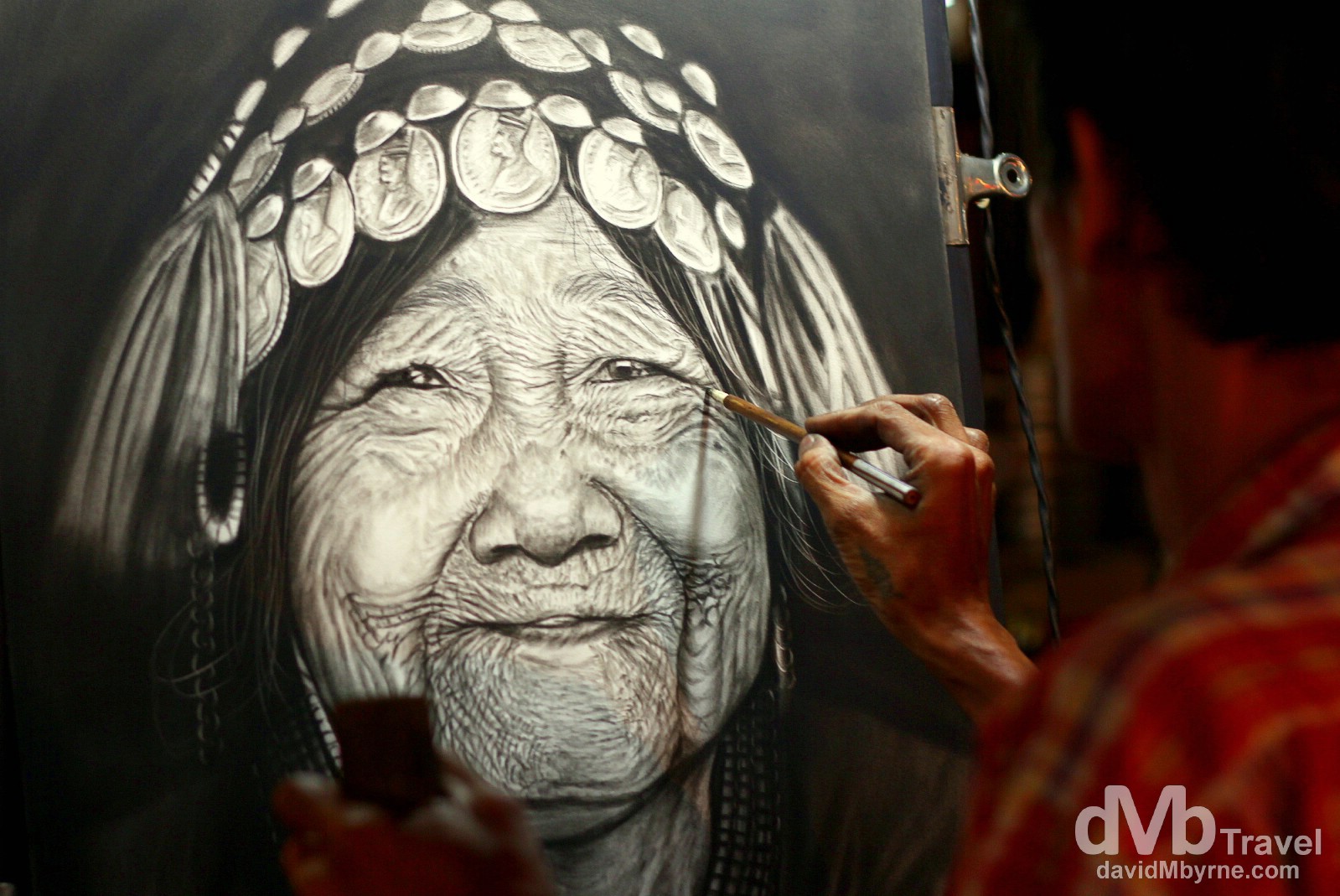 An artist putting the final touches to a piece of work in the Night Bazaar, Chiang Mai, northern Thailand. March 9, 2012.

I spent a few days even further north of CM – in Chiang Rai & even further north again in the so-called Golden Triangle near the border with Burma (some call it Myanmar) – before returning to the city. Shortly thereafter I found myself in an enclosure petting a few adult tigers. 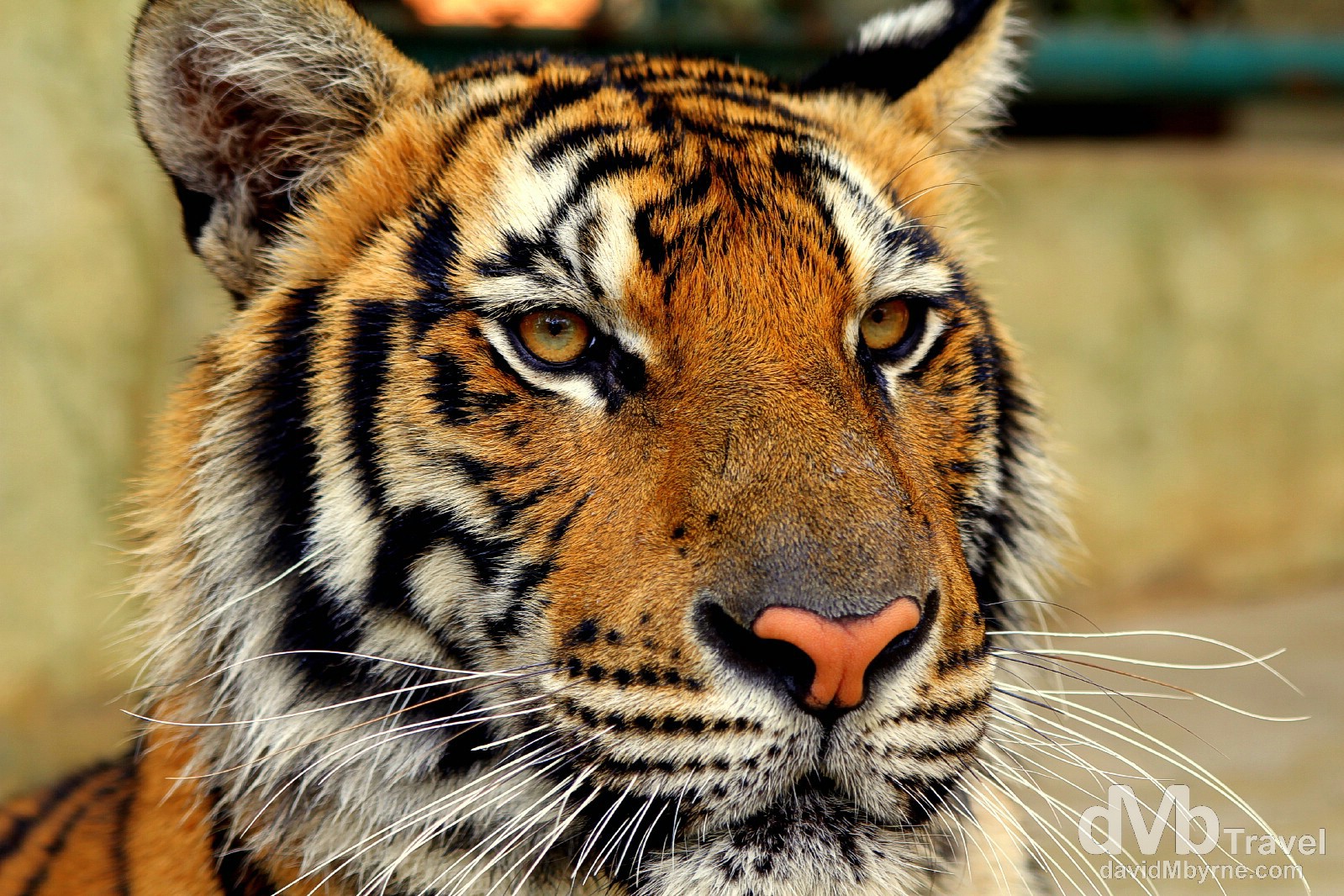 A tiger in Tiger Kingdom on the outskirts of Chiang Mai, northern Thailand. March 14, 2012 (For more from the fabulous felines see the dedicated Tiger Kingdom posting.)

I played around with a few more always photogenic reflections, these ones on the streets of the city. 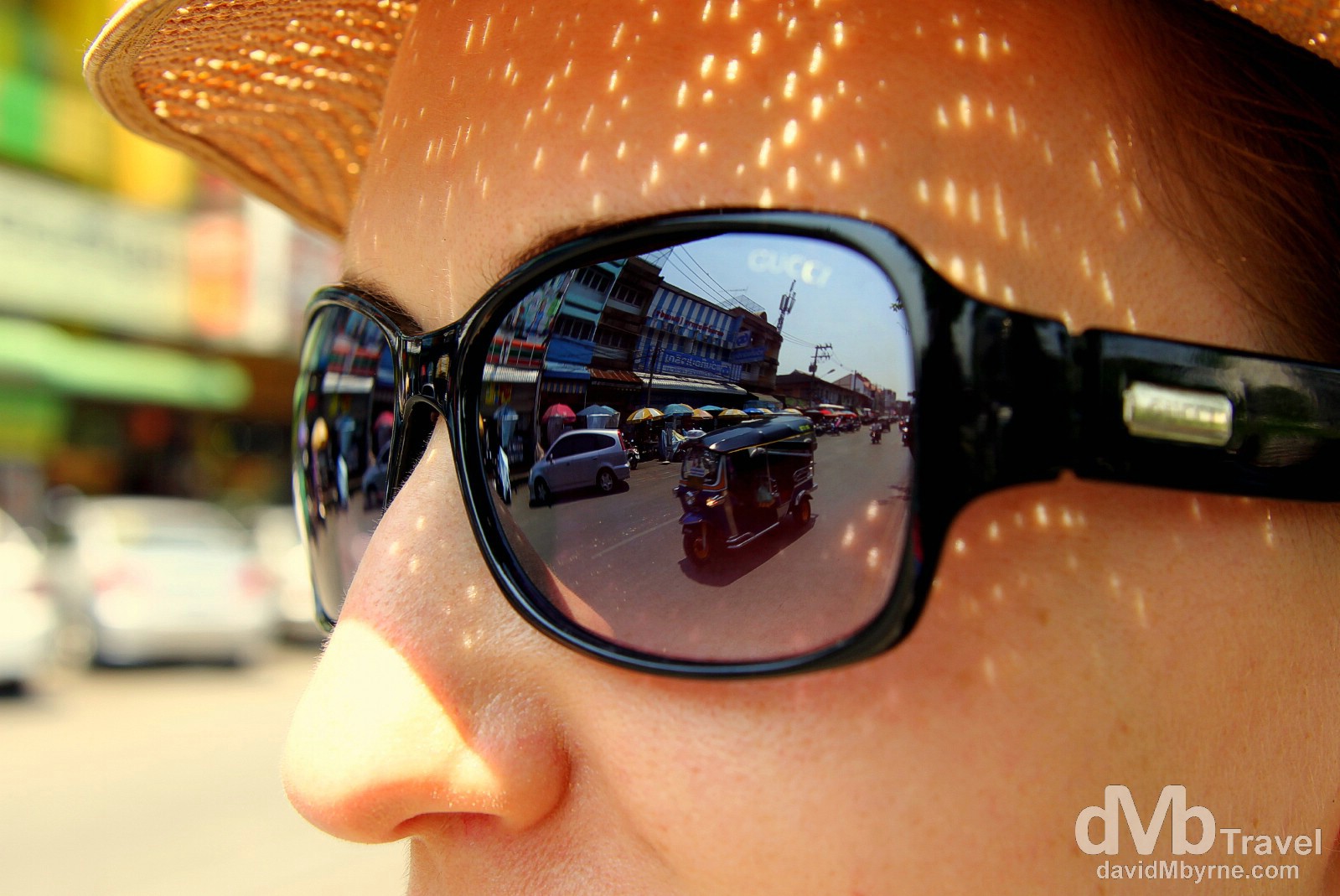 And I have had my camera out while riding the city’s ubiquitous sawngthaews. 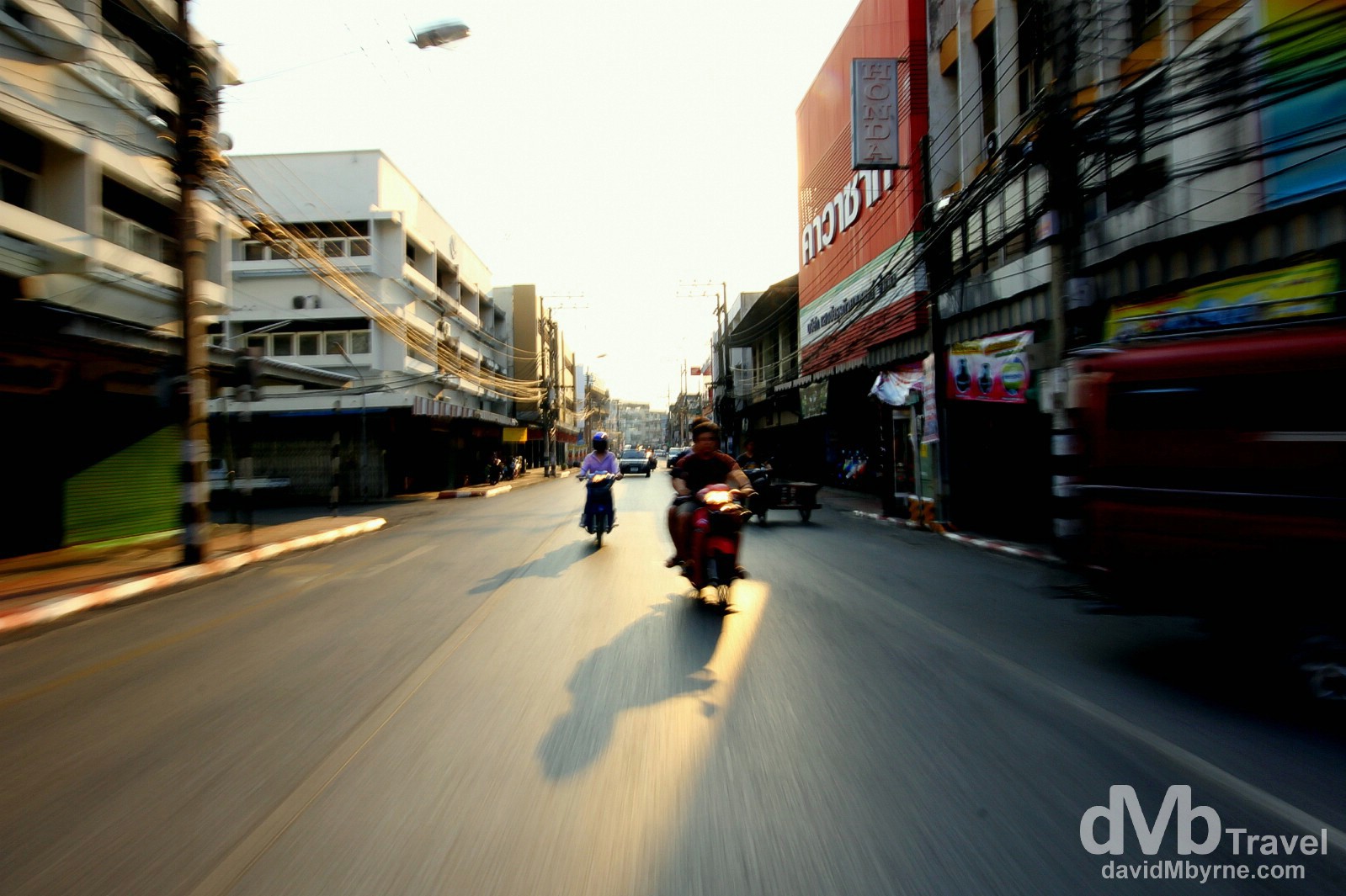 Motion & late afternoon shadows as seen from the back of a moving sawngthaew, an open-backed pick-up that doubles as a taxi. I captured this images on my last afternoon in the city, on the way to the Chiang Mai bus station to get the bus I’m presently riding south. Chiang Mai, northern Thailand. March 15, 2012.

Beach Bound
But that was all then and this is now & for all of Chiang Mai’s charms, I’ve had my fill of city noise & pollution & thus I’m heading to the beaches of the south in a bid to escape them. I’m presently sitting on a bus, the 2nd of 2 buses that’ll get me, I hope, to Krabi, a town on Thailand’s southern Andaman Coast used as a jumping off point to access some of the country’s most backpacker-friendly and thus popular beaches. It – the journey I’m on – is a bit of a jaunt; back-to-back long-distance buses (one overnight) & 21 hours of bus travel in a 24-hour period means I’m tired & I smell. But tomorrow is Saint Patrick’s Day & the thought of being off buses and on a Thai beach to sample that most Irish of days is the (green) light at the end of this particular tunnel. 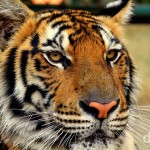 A tiger in Tiger Kingdom on the outskirts of Chiang Mai, northern Thailand. March 14th 2012. 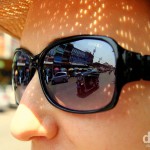 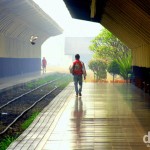 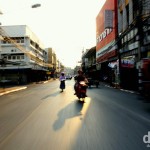 Motion & late afternoon shadows as seen from the back of a moving sawngthaew, a Thai open-backed pick-up that doubles as a taxi, on the way to the Chiang Mai bus station to get the bus to Bangkok. March 15th 2012. on the streets of Chiang Mai, northern Thailand. March 15th 2012 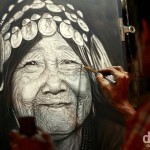 An artist putting the final touches to a piece of work in the Night Market, Chiang Mai, northern Thailand. It may be full of knockoffs & tourist tat but the Chiang Mai Night Bazaar is still a tourist favourite. March 9th 2012. 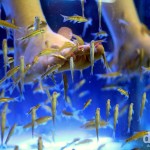 Fish cleaning in the night market in Chiang Mai, Thailand. This market attraction seemed popular only with Johnny Foreigner; I didn’t see one Thai with their feet in the water. Night Market, Chiang Mai, Northern Thailand. March 9th 2012