The Icelandic capital. Short On Sights, Heavy On Charm

It’s kind of neat being in Iceland, the island republic (it received its independence from Denmark in 1944) on the island of Iceland, a volcanic island in the North Atlantic near the Arctic Circle. I’ve only been here 2 nights so far with tonight being the third of 6 overall, not nearly long enough. Two days in & I can already I can sense that Iceland will be a definitive highlight of a pretty awesome 2012 year in travel/photography photography/travel. 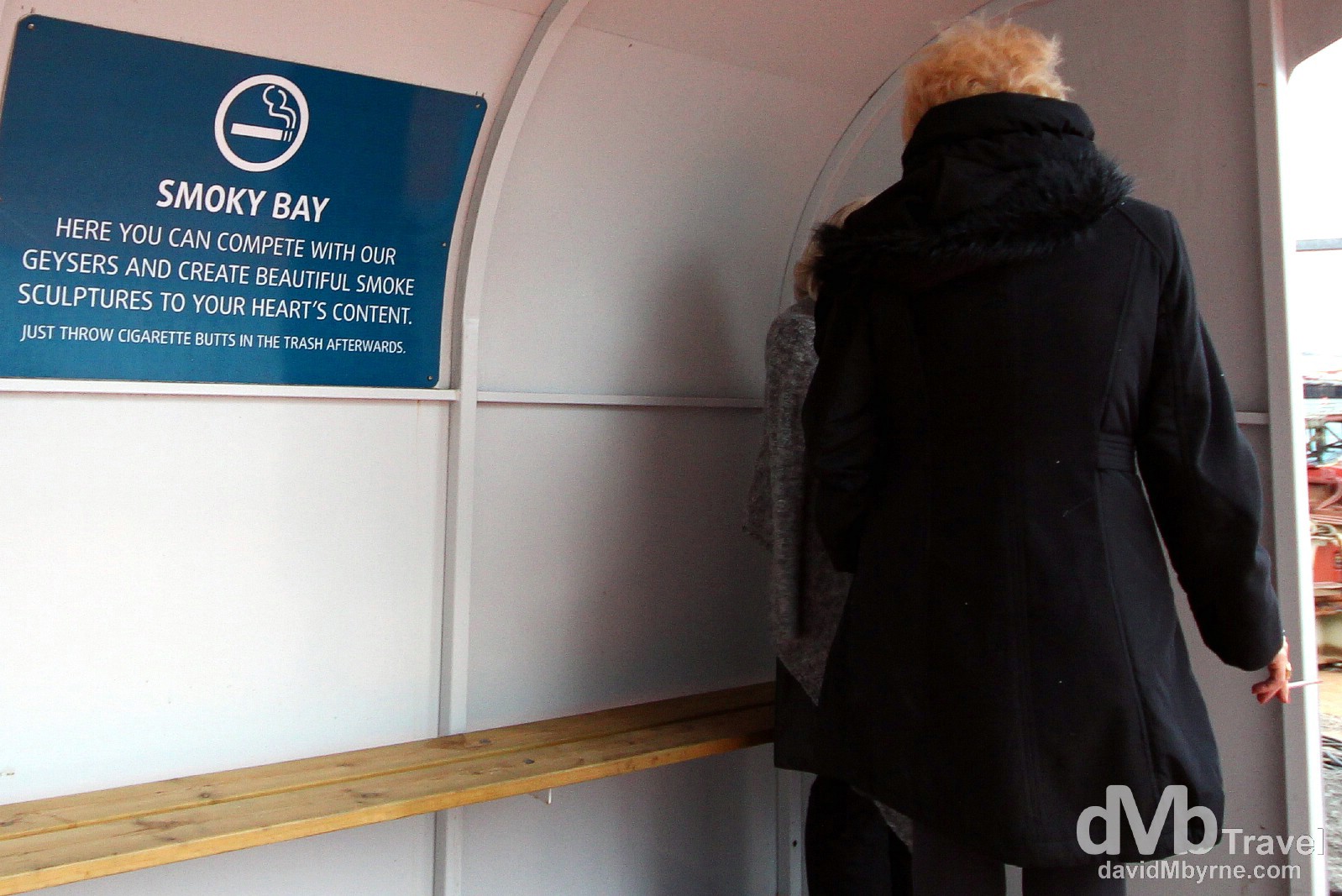 Icelanders certainly have a sense of humour. I like it. They also have a quaint little capital – it certainly has a small town feel to it. I like it, too. On the streets of Reykjavík (

It had been decided mid-year that Iceland would be added to my 2012 itinerary so the trip had been on the cards for a while. Unusually for me I did a bit of pre-arrival research. I guess I was excited. Curious even. I read up about visiting Iceland in a cold & dark December, particularly about how accessible its many highlights are. I looked at pictures. Lots of pictures. I’ve yet to see outside the capital of Reykjavík, yet to really sample firsthand the rugged, untouched beauty that is synonymous with The Land of Fire & Ice, but already it’s apparent that no amount of research could have prepared me for the wondrous experience visiting this little island in December has so far proved to be.

Hallgrímskirkja (Lutheran church), Reykjavík. One wouldn’t come to Iceland to ogle at architecture (I certainly didn’t) but there are a few buildings of note, especially here in the capital. A Reykjavík landmark visible throughout the city, the 75 metre-high Hallgrímskirkja is a Lutheran (Church of Iceland) parish church. It is named after the Icelandic poet and clergyman Hallgrímur Pétursson (1614 to 1674) & it is said to have been designed to resemble the basalt lava flows of Iceland’s landscape. Construction began in 1945 & took over 40 years to complete – its landmark tower was completed long before the church’s official completion in 1986. This picture was captured at 4:30 p.m. on another another dull, blue day in Reykjavík, a typical, as far as I can see, December afternoon. Reykjavík, Iceland. December 2, 2012. 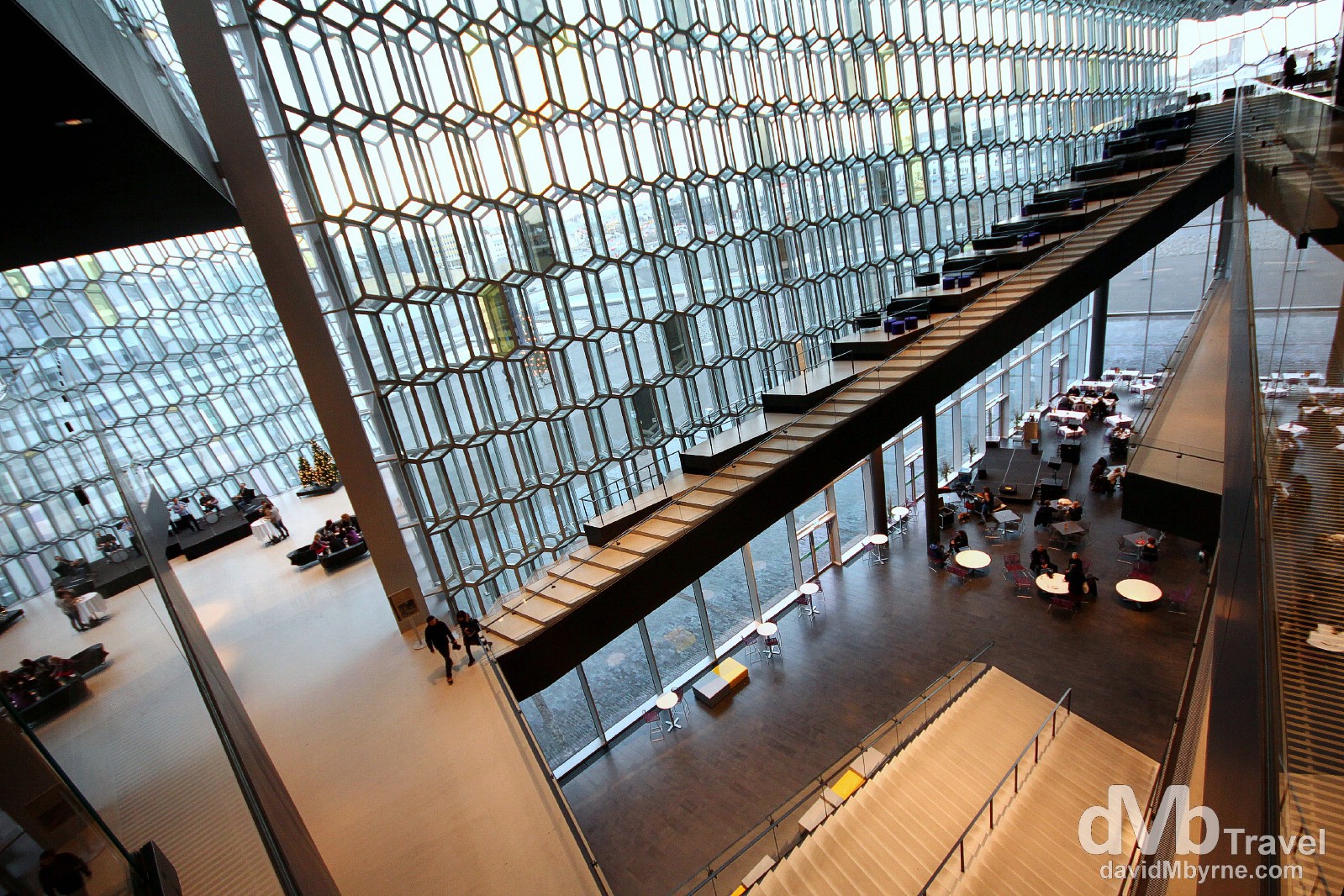 The Harpa Concert Hall is the first purpose-built concert hall in Reykjavík & the newest jewel in the city’s architectural crown. Harpa, which houses the Iceland Symphony Orchestra & The Icelandic Opera, opened in May 2011 & occupies a site by the windy Reykjavík waterfront, somewhere I spent some time photographing seagulls against the distant, snow-capped peaks & nearly suffering hypothermia in the process. The building that stands today was only completed when the government decided in 2008 to fully fund the rest of the construction costs for the half-built concert hall; it was being built as part of a wider development which was abandoned when the financial crisis took hold, a crisis that hit Iceland & its bank-dependent economy very hard. The structure consists of an open-plan design surrounded by a steel framework clad with irregularly shaped glass panels of different colours. Reykjavík, Iceland. December 1, 2012.

Southern Road Trip
I’ll be leaving the capital tomorrow morning to embark on a 3-night road trip along the south coast. Needless to say I’m looking forward to seeing what’s out there.