The Li River is a breathtaking 83 kilometre stretch of river between Guilin & the backpacker hangout of Yangshuo in Guangxi Province, southern China. A cruise on the Li River from Guilin offers picture-perfect views of water buffalo patrolling fields, peasants reaping rice paddies & school kids and fisherman floating by on bamboo rafts, all in the shadow of UNESCO-listed towering karst peaks, a scene immortalised in China by appearing on the back of the Chinese 20RMB (€2) note. 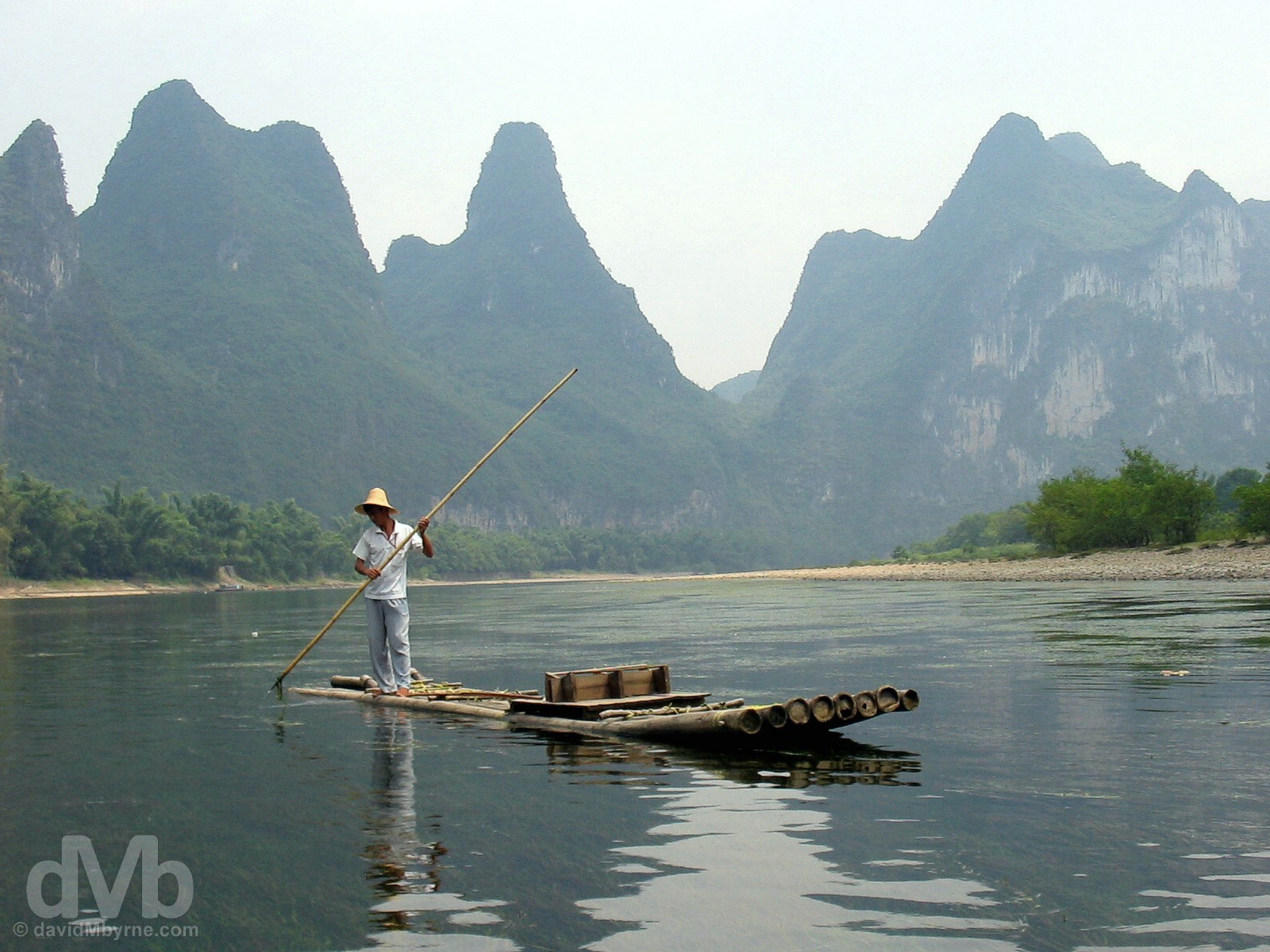 Navigating the scenic Li River outside Yangshou in Guangxi Province, southern China. September 13, 2004 || From a September 2004 visit to Yangshou, China.

South China Karst is one of the world’s most spectacular examples of humid tropical to subtropical karst landscapes. It is a serial site spread over the provinces of Guizhou, Guangxi, Yunnan and Chongqing and covers 176,228 hectares. It contains the most significant types of karst landforms, including tower karst, pinnacle karst and cone karst formations, along with other spectacular characteristics such as natural bridges, gorges and large cave systems. The stone forests of Shilin are considered superlative natural phenomena and a world reference. The cone and tower karsts of Libo, also considered the world reference site for these types of karst, form a distinctive and beautiful landscape. Wulong Karst has been inscribed for its giant dolines (sinkholes), natural bridges and caves.