The Wagah border crossing between India & Pakistan, the only road border between the two countries, is 32 kilometres from Amritsar in the Indian state of Punjab, the state that was partitioned in 1947 when India gained independence from the British to create present day Pakistan. Tonight, & on my only evening in Amritsar, I swapped the devote crowds of the town’s Golden Temple for the carnivalesque crowds who flock nightly to the border to witness what can only be described as the rather bizarre border closing ceremony. 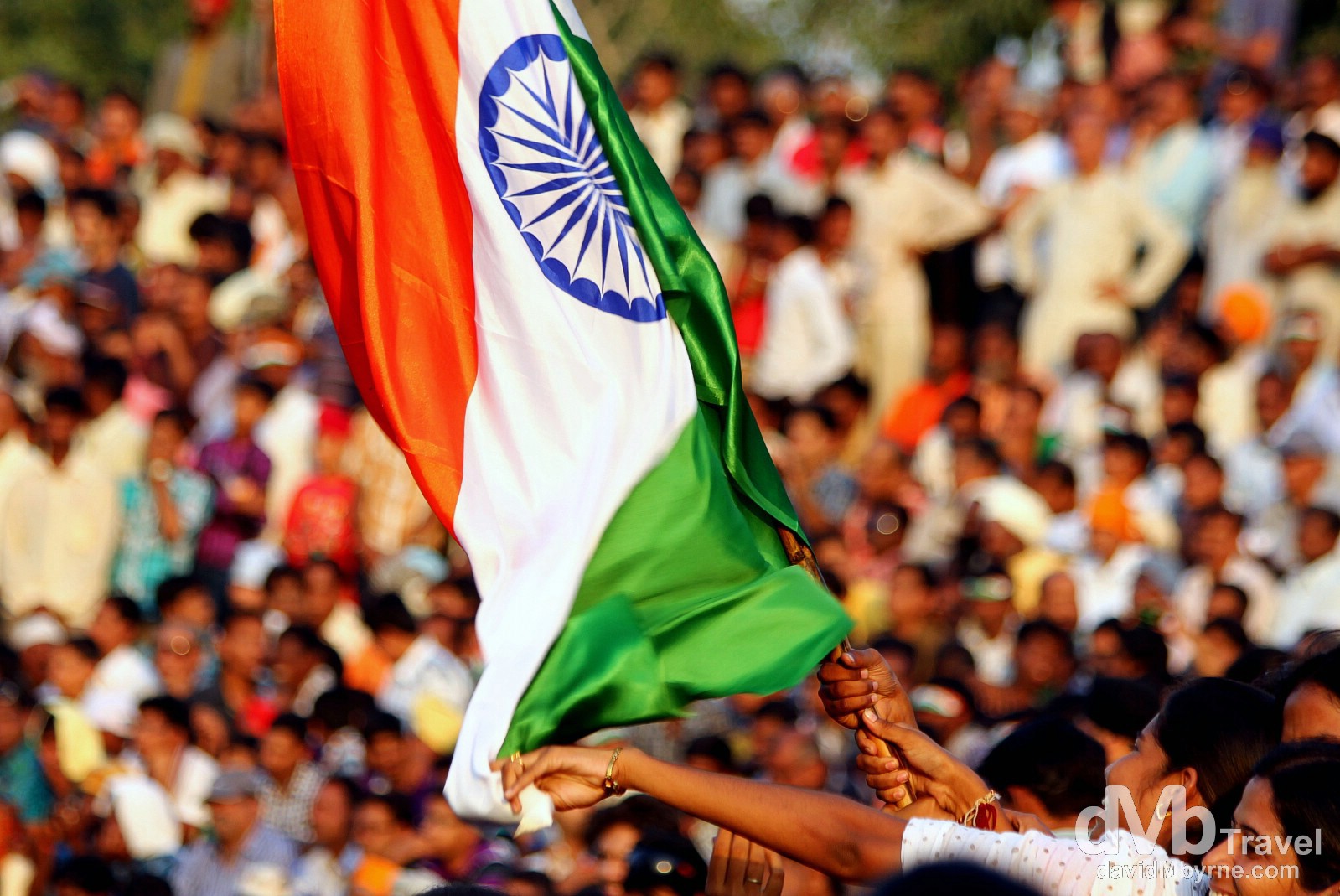 Border Bravado
The border area is a 200 metre road spanning the geographical boundary between the two countries. The road is lined with grandstands & divided by a gate, either side of which gather spectators: Indians to the east, Pakistanis to the west. In a highly choreographed ceremony, played out nightly at sunset in front of compère-stoked crowds, guards on either side parade up & down in front of their home audience before eventually stomping, high-kicking & marching their way, fists clenched, eyes forward & chests puffed, to the gate to meet their opposite number. 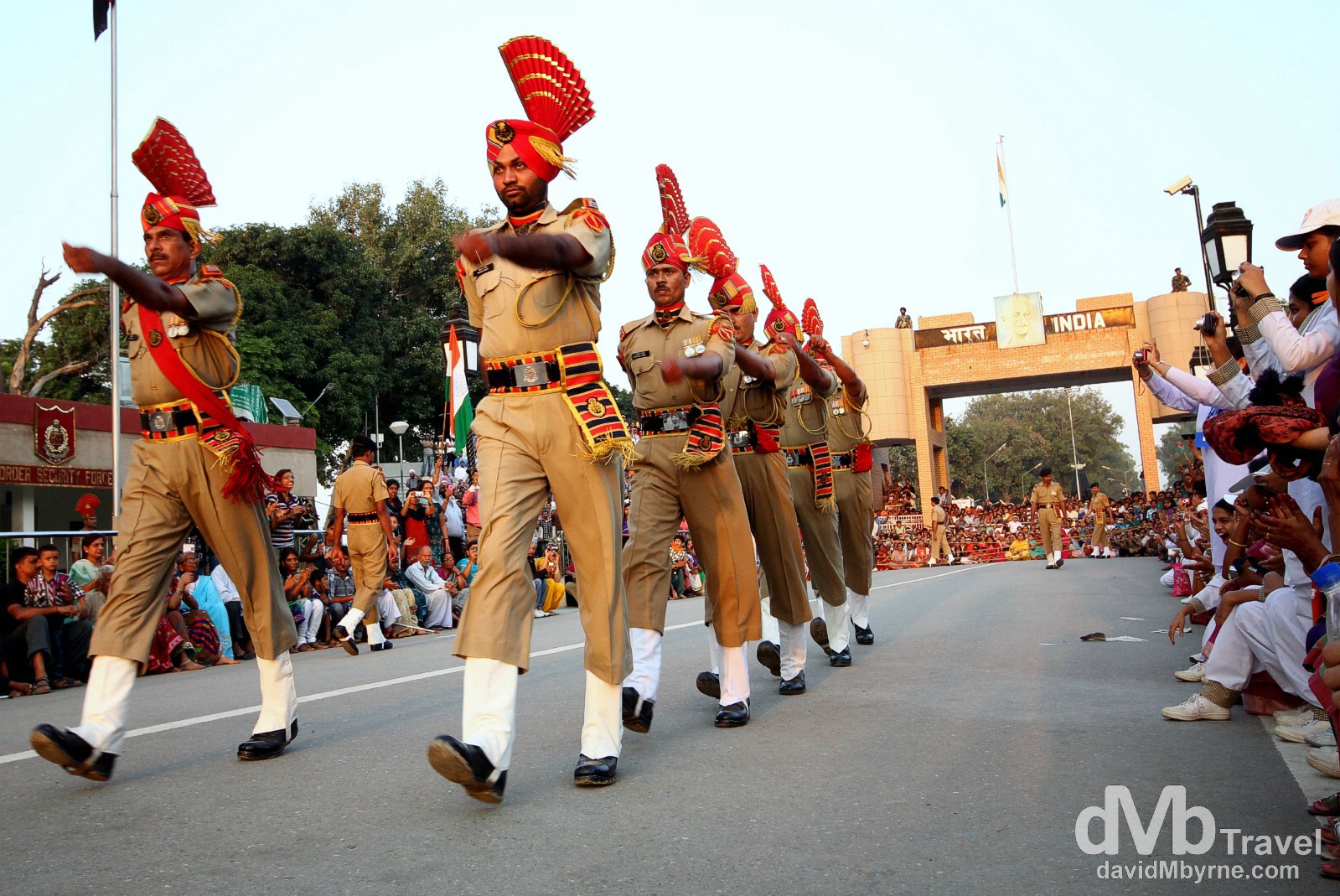 Indian border guards, cheered on by a raucous home crowd, marching to meet their opposite number at the Wagah India-Pakistan border crossing as part of the nightly ceremonial border crossing. October 9th 2012.

The gates are eventually swung open, ceremonial pleasantries are exchanged (a salute here, a handshake there) before the flags from both countries are lowered in unison (everyone is equal & there are no winners here, although Indian spectator numbers far outnumber Pakistanis), folded & marched back to the respective guardrooms. The gates are then closed for the night & the crowds tranquillise before slowly dispersing. 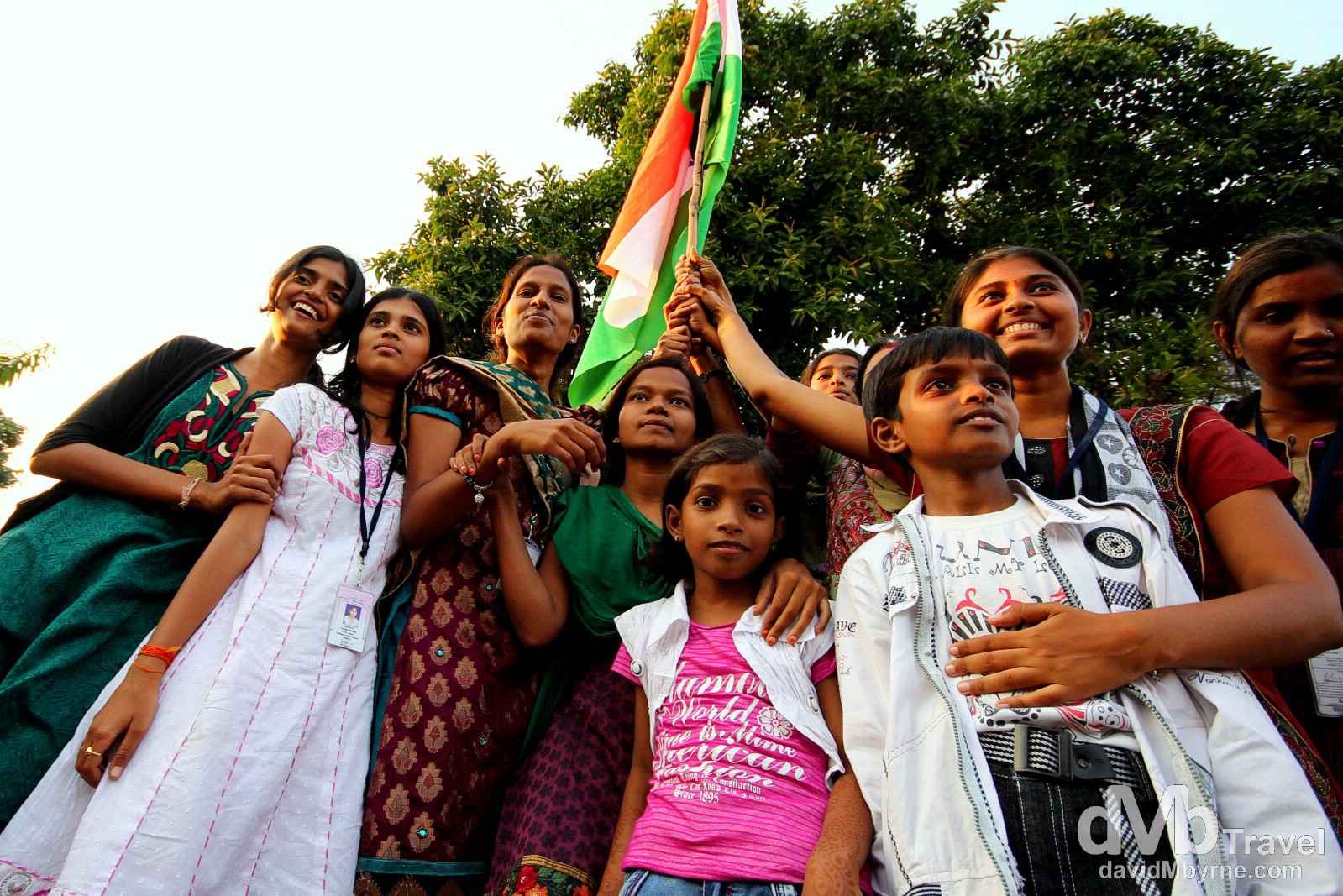 Patriotic Indians on the Indian side of the Wagah India-Pakistan border crossing enjoying the atmosphere ahead of the sunset border closing ceremony. October 9th 2012. 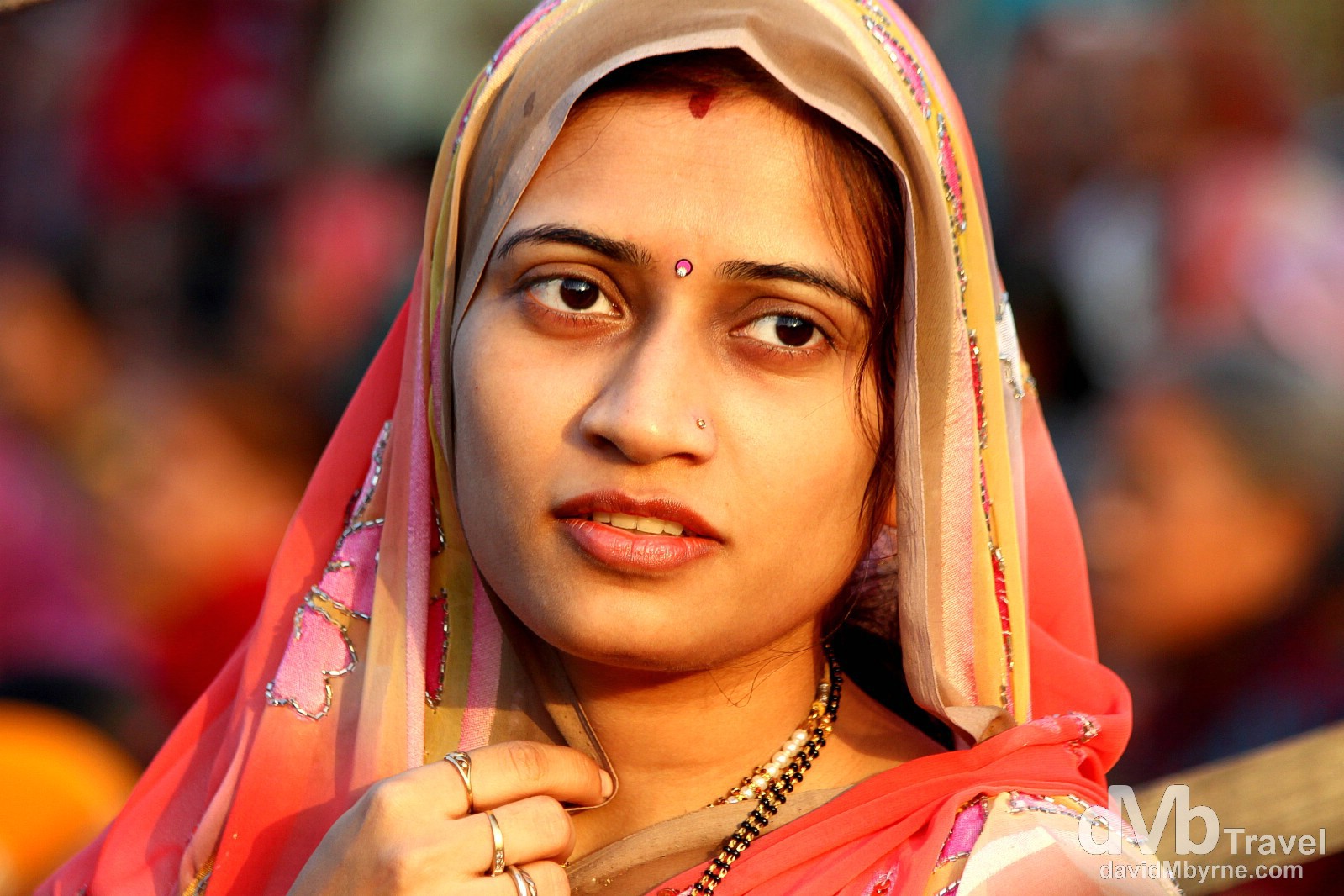 A lady in the crowd at the India-Pakistan sunset border closing ceremony at the Wagah border crossing in Punjab, India. October 9th 2012.

Pure Theatre
The ceremony can only be described as pure theatre; the carnivalesque atmosphere & the over-the-top posturing, marching & high leg kicking means it’s a scene that could have been lifted straight out of a Monty Python sketch. I found myself wondering if any of the participants were, or do, take it seriously (the crowd certainly don’t). It’s a bizarre show of border bravado between two nuclear-armed neighbours, ones who don’t particular like each other & who have fought 4 wars since Pakistan’s formation in 1947. But at least it proved somewhat photogenic.