Yes, I made it out of bed today. And having accomplished that feat spending a few hours touring the volcanic delights of Hawaii Volcanoes National Park (NVNP) was easy. Easy peasy.

The Big Island is all about volcanoes. It is comprised of five relatively young ones, the oldest of which erupted about 60,000 years ago. The island’s UNESCO World Heritage listed Hawaii Volcanoes National Park (NVNP) is home to two active volcanoes: Kilauea, one of the world’s most active volcanoes, and Mauna Loa, the world’s biggest volcano – its volume is estimated at about 18,000 cubic miles/75,000 km3. Mauna Loa last erupted between March & April of 1984 but the most recent, & still current, eruption was of Kilauea in January of 1983. Today the world’s longest continuous volcanic eruption continues to add the the Big Island’s mass – since 1983 it has added about 100 km² of new land to the south & west of the island via lava flows, some of the youngest land on earth. 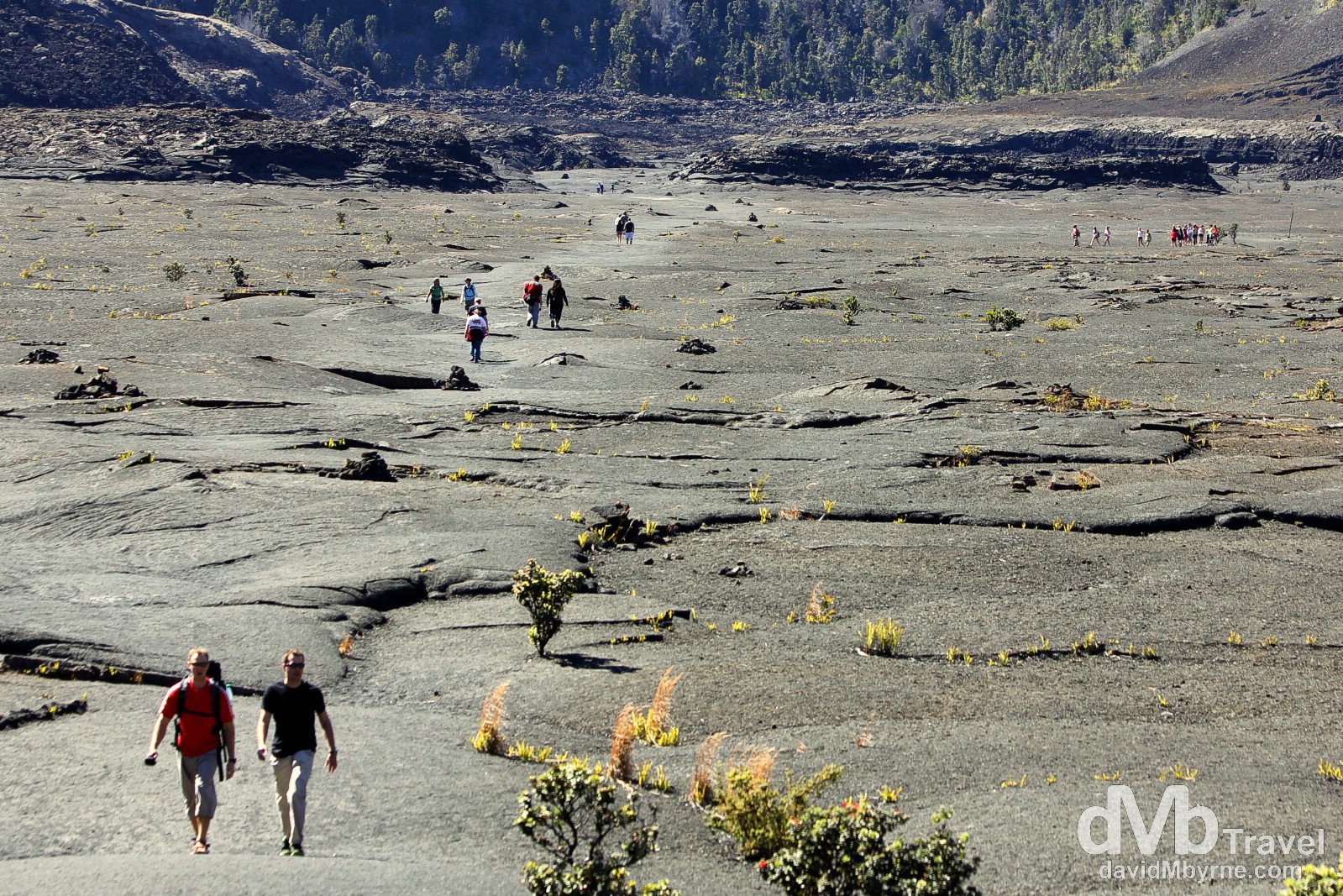 Walking across the Kilauea Iki Crater. The Kilauea lki crater is one of HVNP’s main attractions & the scene of a dramatic eruption of a Kilauea vent in November 1959. The eruption, which lasted for 5 weeks, turned the crater into a lake of molten rock. It quickly began to solidify & today, some 53 years after the event, the whole 135 metre-deep lake is solid – the fractures seen here were caused over the years of hardening as the lake continued to cool & subside. Even after 53 years the surface is still warm to the touch & when rainwater seeps into the cracks and makes contact with the extremely hot rock below steam is emitted from the various surface cracks, something I witnessed when I was last here in 2003 (but not this day as it was a beautifully sunny Hawaiian day). Hawaii Volcanoes National Park ( 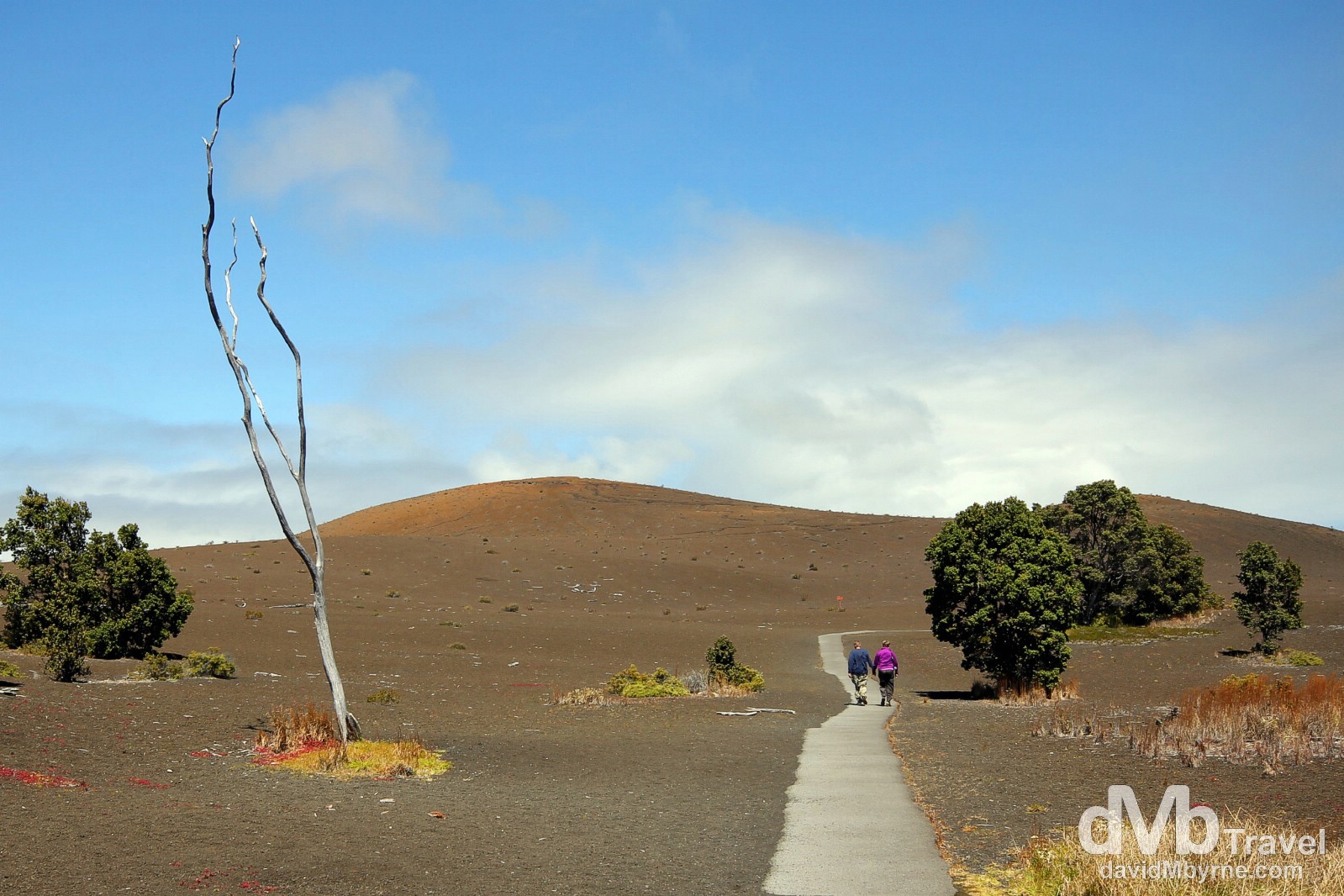 Walking the Desolation Trail in Hawaii Volcanoes National Park, an area of the park laid to waste as a result of the aforementioned eruption of 1959. The Big Island of Hawaii, USA. March 2, 2013.

I’m leaving the east of the island tomorrow and will stay in western town of Kona for the night ahead of my flight to Maui the following morning. En route I’ll be paying a visit to the observatories atop Mauna Kea, the highest point in the pacific. Oh yes, I’ll be going out on a Big Island high.