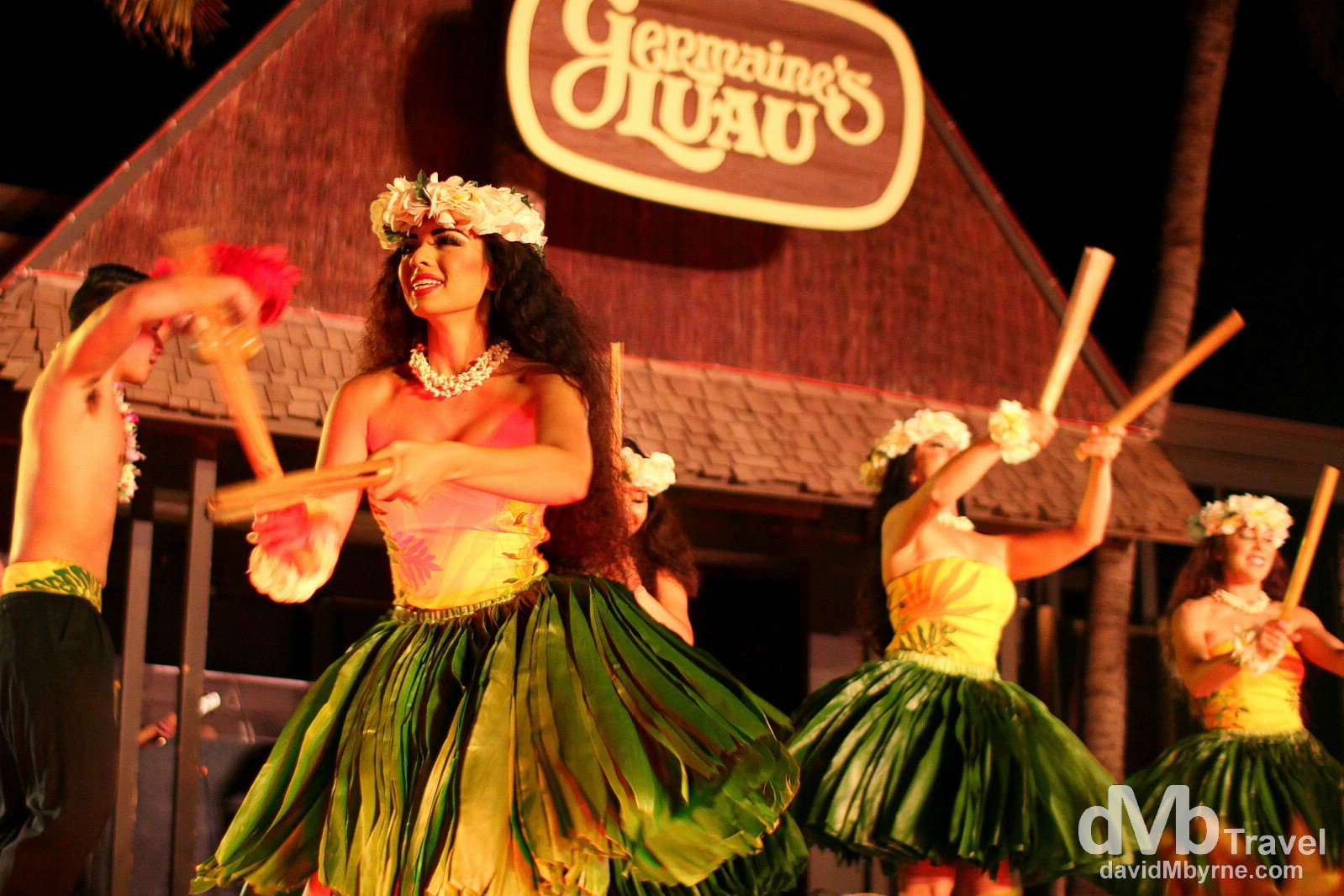 1. An elaborate Hawaiian feast or party (especially one accompanied by traditional foods and entertainment)

Few vestiges of ancient Hawaii remain. What is presented as “historic” usually postdates the missionary impact. Ruined temples (heiaus) to the old gods still stand in some places, but Hawaii’s “old towns” are pure nineteenth-century Americana, with false-front stores and raised wooden boardwalks. While authentic hula is a powerful art form, you’re most likely to encounter it bastardized in a luau. Primarily tourist money-spinners, these “traditional feasts” provide an opportunity to sample Hawaiian foods such as kalua pig, baked underground, and local fish such as ono, ahi, mahi-mahi and lomi-lomi (raw salmon).

Germaine’s Luau
At Germaine’s, one of the busier luaus in Hawaii (they claim to have entertained & fed over 3 million people since opening in 1976), the usual Hawaiian suspects of Hawaiian music & hula are served up in equal measure along with an all-you-can-eat buffet comprising kulua (underground roasted pig) and traditional Hawaiian poi, a dish made from the fermented taro root which has been baked and pounded into a paste. The pig was delicious, as were the copious amounts of free cocktails, but I could pass on the poi. The Germaine’s product is a well oiled machine – they’ve been doing this for a while now and it shows. But it’s an enjoyable night out, especially when the audience participates.

Hula played a vital part in Hawaiian culture. In its various forms, it tells the story of the lifestyle, beliefs, and history of proud & remarkable people. The art was nearly lost in the early 1800s when missionaries preached against the “idolatrous dance and the vicious customs connected therewith.” Only the dedication of committed kumu hula (hula teachers) like Lahaina’s Aunty Emma Farden Sharpe helped to keep the art from alive.

– Reproduced from a panel on display in the Old Lahaina Courthouse in Lahaina, Maui, Hawaii.