Tonight is my last night in Guatemala. After 4 nights in the Guatemalan highlands, I returned yesterday to the cobblestone streets, parks & plazas, convents, ornate churches & backdrop of towering volcanoes that is UNESCO-listed Antigua. After my first visit to the town last week, I was hoping to return to some nicer weather. Thankfully yesterday I got just that & while I was out and about on the streets with a camera in hand some people were carrying a bit more of a load. 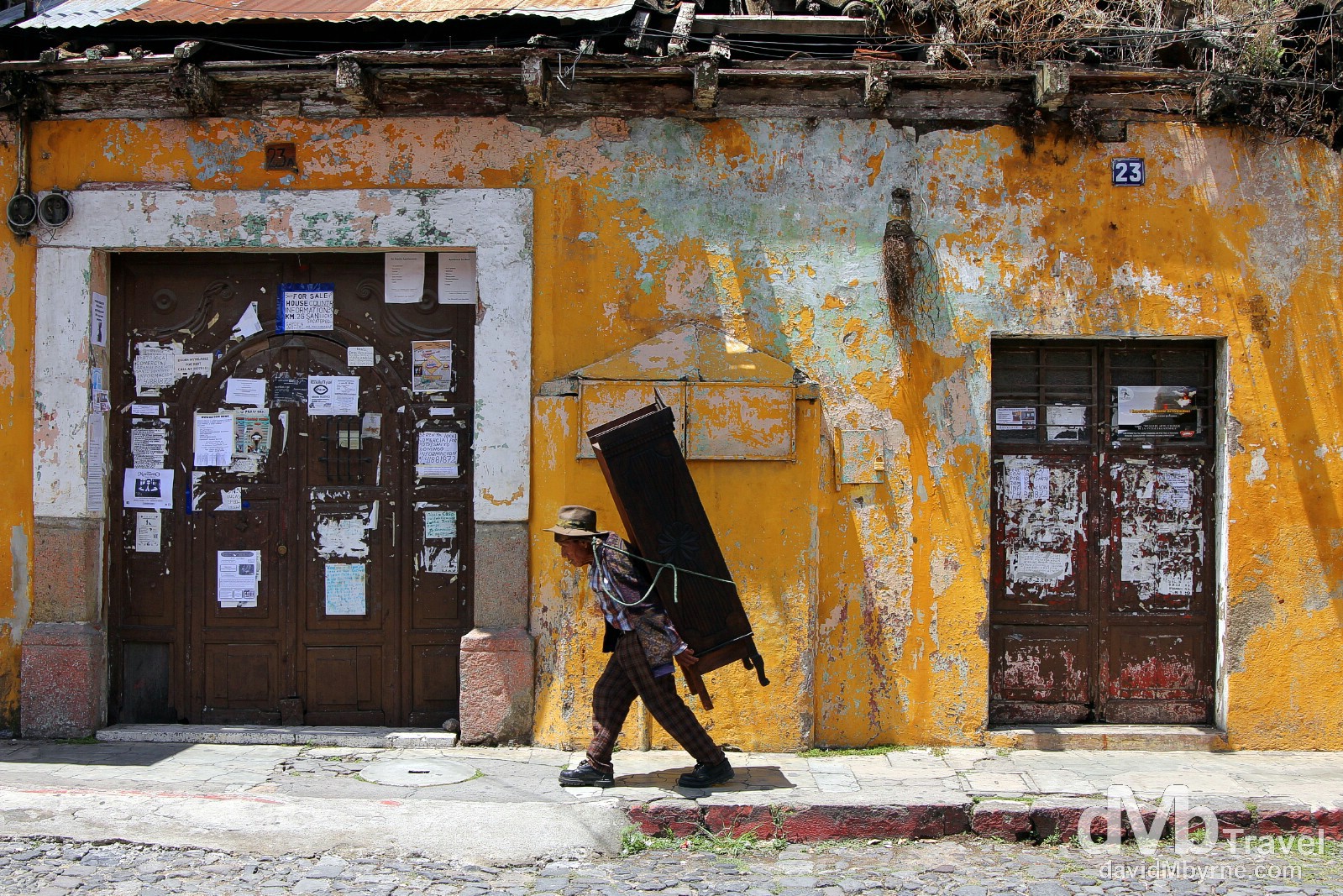 Better pack some extra camera batteries, people – and throw in some more memory while you’re there. You’re about to touch down in a land that was made to be photographed, and that you’ll be struggling to do justice to with mere words once you return.

Antigua || Still Standing
It’d be fair to say that Guatemala doesn’t have the great colonial architectural heritage of neighbouring Mexico. But Antigua is different. Buildings – churches, convents, palaces & mansions – were built here during the Spanish Colonial period of the early 16th to early 19th centuries. For a large portion of that time – 233 years to be precise, from 1543 to 1776 – Antigua was the wealthy colonial capital of the whole Colonial Central American region, a region encompassing present day Guatemala, Honduras, Nicaragua, Costa Rica & El Salvador. Once glorious in their gilded baroque finery, most of Antigua’s churches have suffered indignities from both man & nature – earthquakes over the year have destroyed many of the towns finest buildings, especially the big quake of 1773. But today the town still displays some of its past grandeur & with so many colonial buildings on show, each in various states of decay, Antigua was declared a World Heritage Site by UNESCO in 1979.

Antigua, the capital of the Captaincy-General of Guatemala, was founded in the early 16th century. Built 1,500 m above sea-level, in an earthquake-prone region, it was largely destroyed by an earthquake in 1773 but its principal monuments are still preserved as ruins. In the space of under three centuries the city, which was built on a grid pattern inspired by the Italian Renaissance, acquired a number of superb monuments. 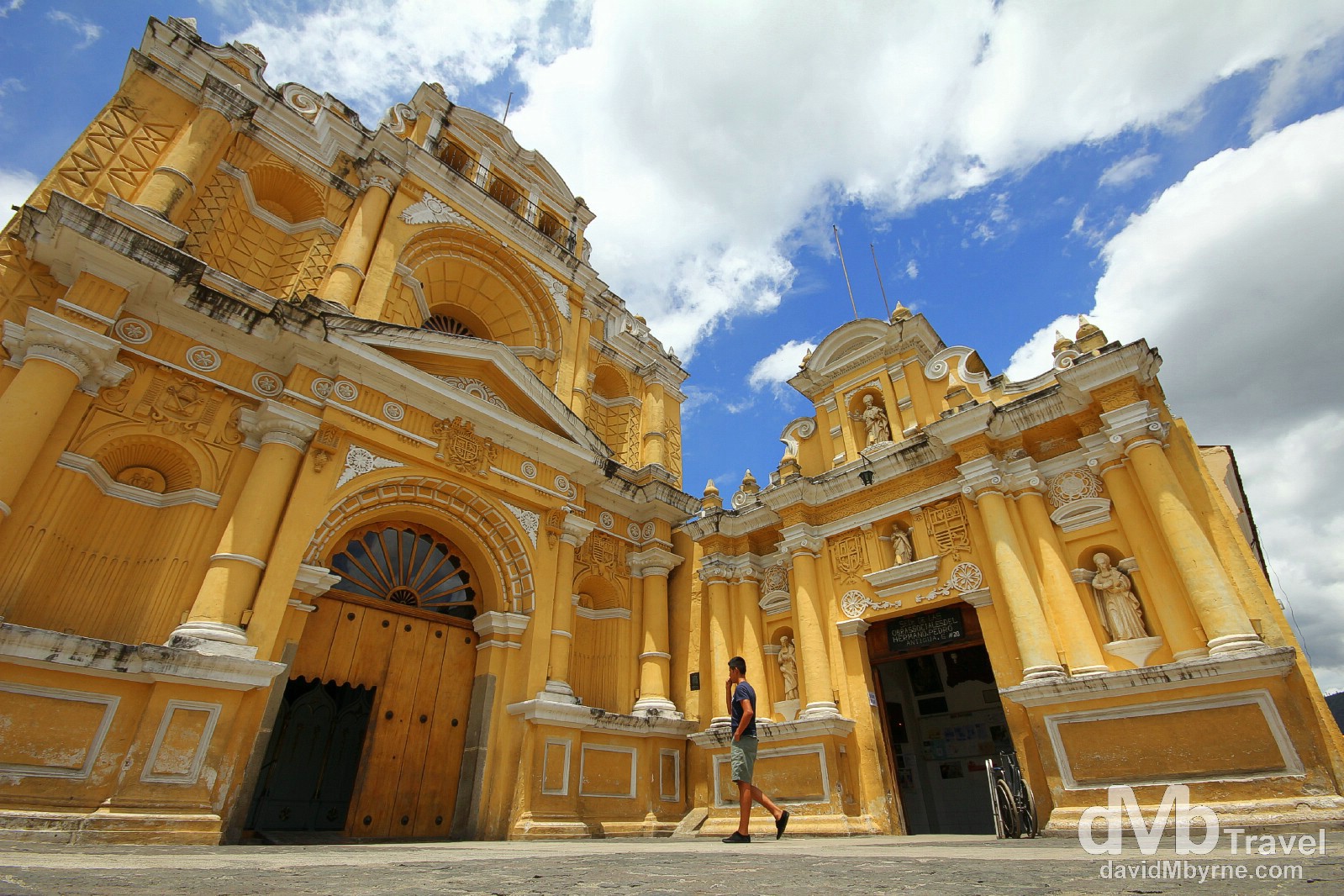 The the façade of one of more impressive, not to mention resilient churches in the town, the Iglesia De Hermano Pedro. Antigua, Guatemala. May 25, 2013. 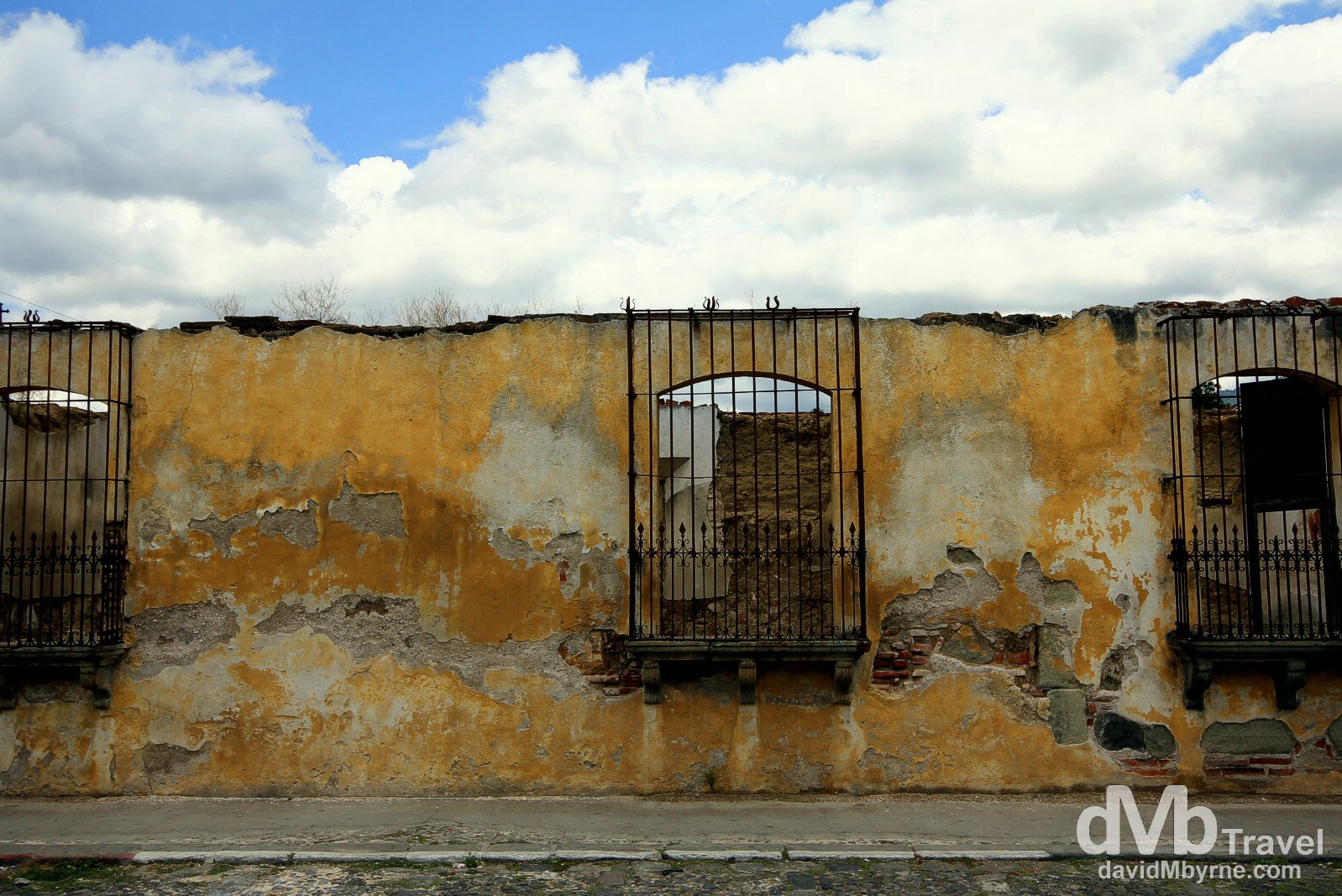 In many places Antigua has just been left to decay, neglect that seems to make it all the more photogenic. Antigua, Guatemala. May 25, 2013. 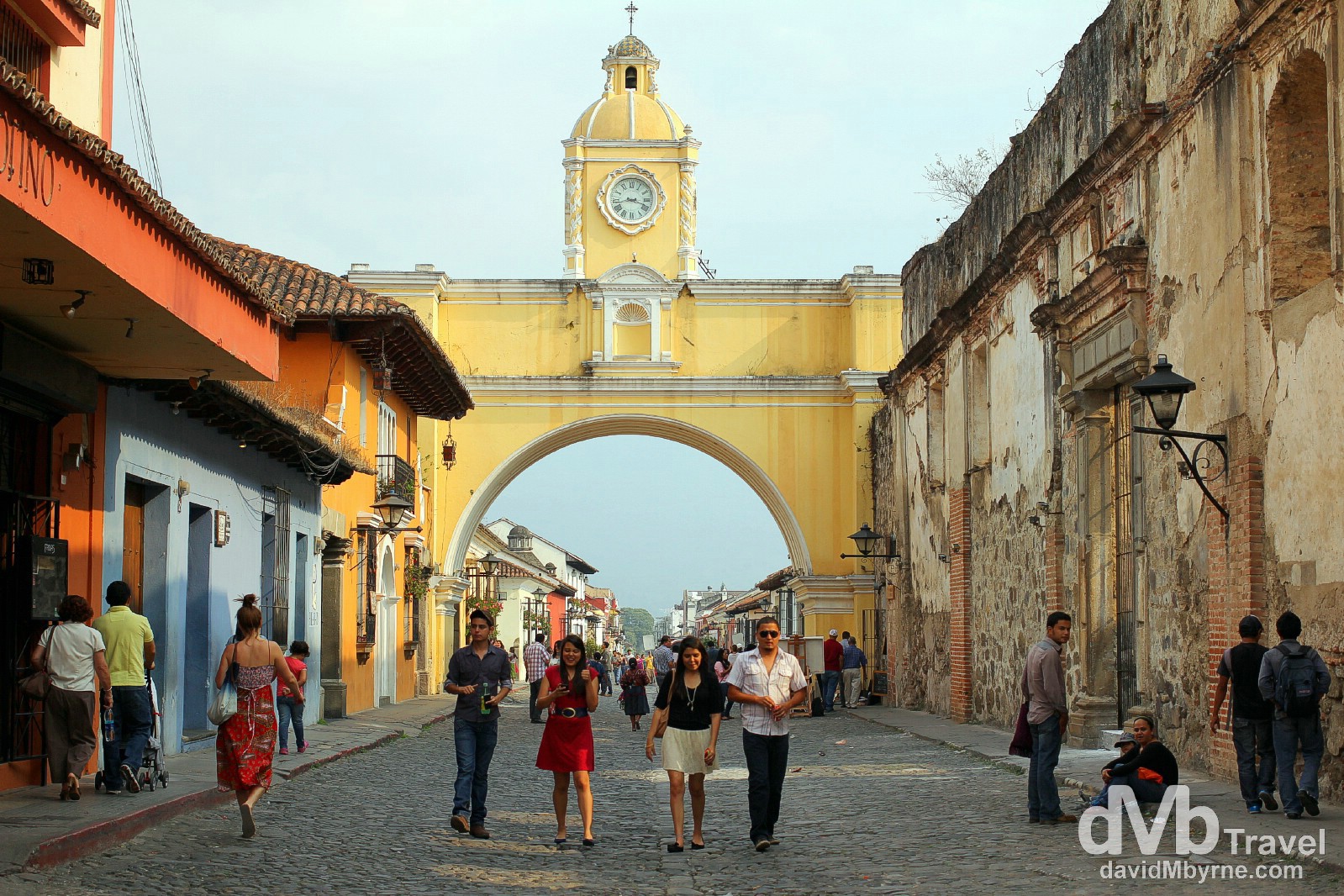 Seen here is probably Antigua’s most recognisable landmark, and all its most photographed landmark, the Santa Catalina Arch. Spanning 5a Avenue Norte & built in the 17th century, it originally connected the Santa Catalina convent to a school allowing the cloistered nuns to pass from one building to the other without going out on the street. A clock on top was added in the era of the Central American Federation, in the 1830s. Antigua, Guatemala. May 25, 2013. 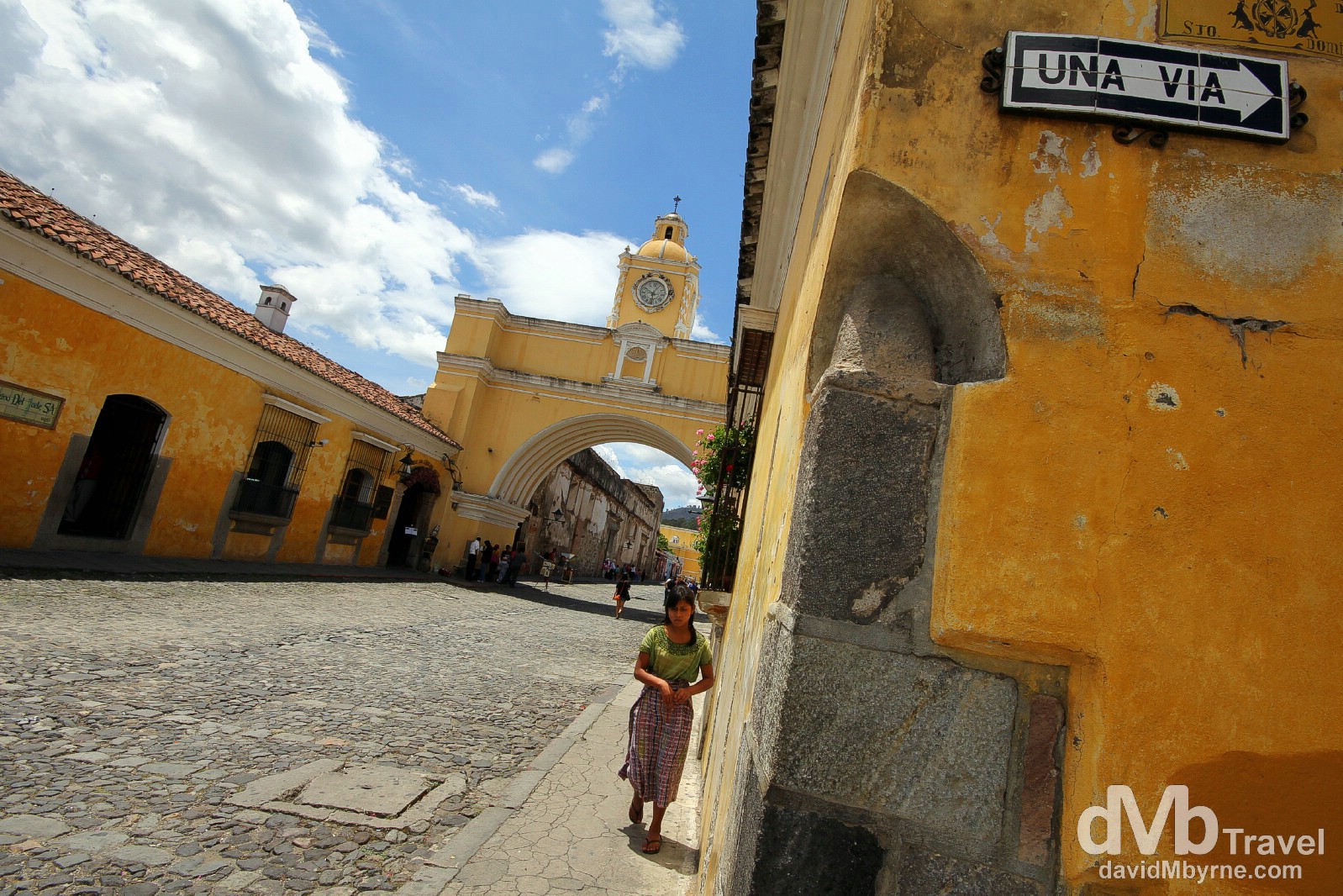 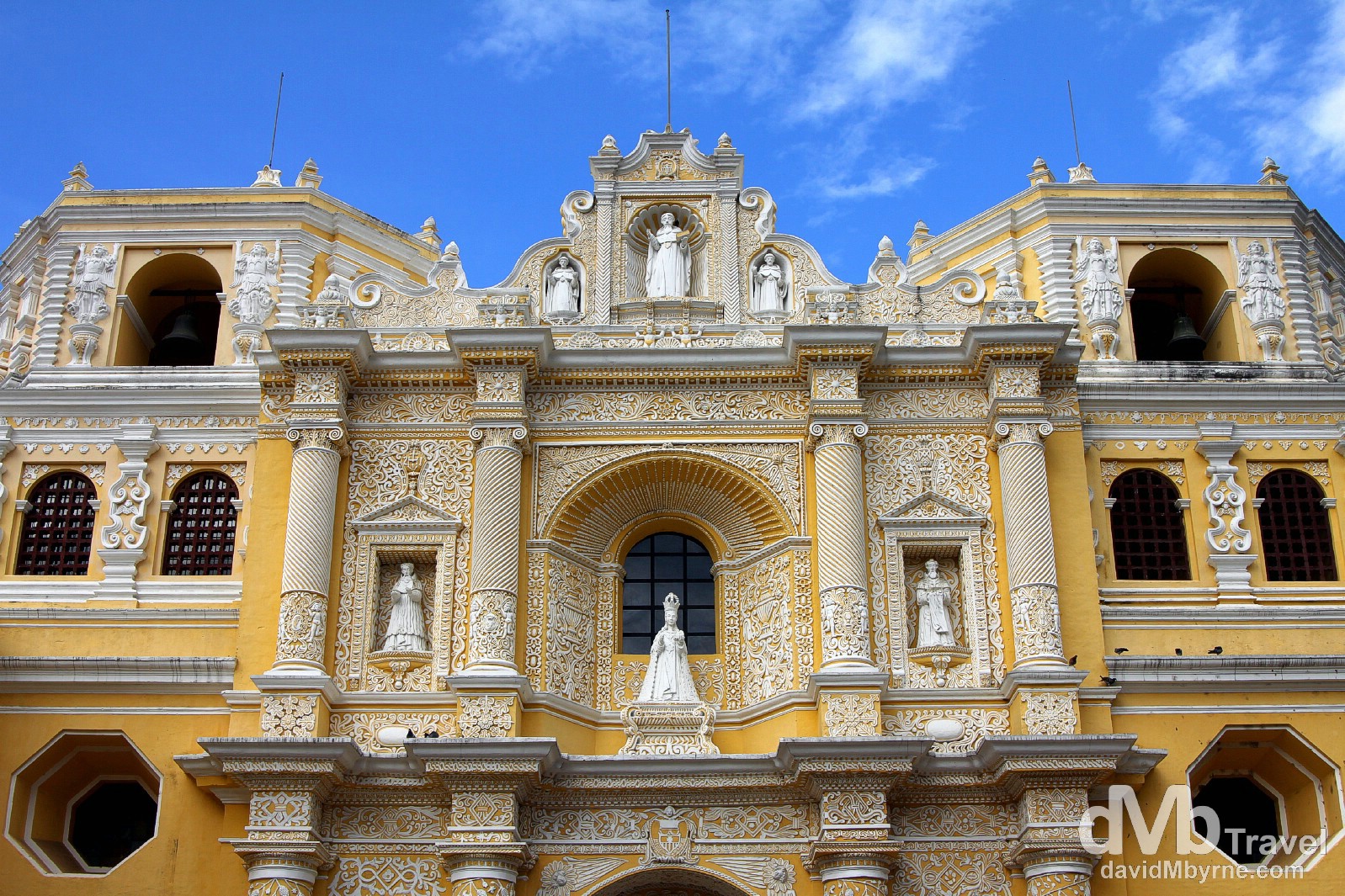 The façade of the Iglesia y Convento de Nuestra Senora de la Merced, one of the town’s most striking colonial churches, & there are more than a few of those. Construction began in 1548 with improvements continuing until 1717 when, of course, the structure was flattened by an earthquake. Reconstruction was completed in 1767 but disaster struck again in 1773. Ever the gluttons for punishment, repairs were made between 1850 & 1855 when the distinctive & strikingly beautiful yellow baroque façade was added. And so far so good – it’s still standing today. Antigua, Guatemala. May 25, 2013. 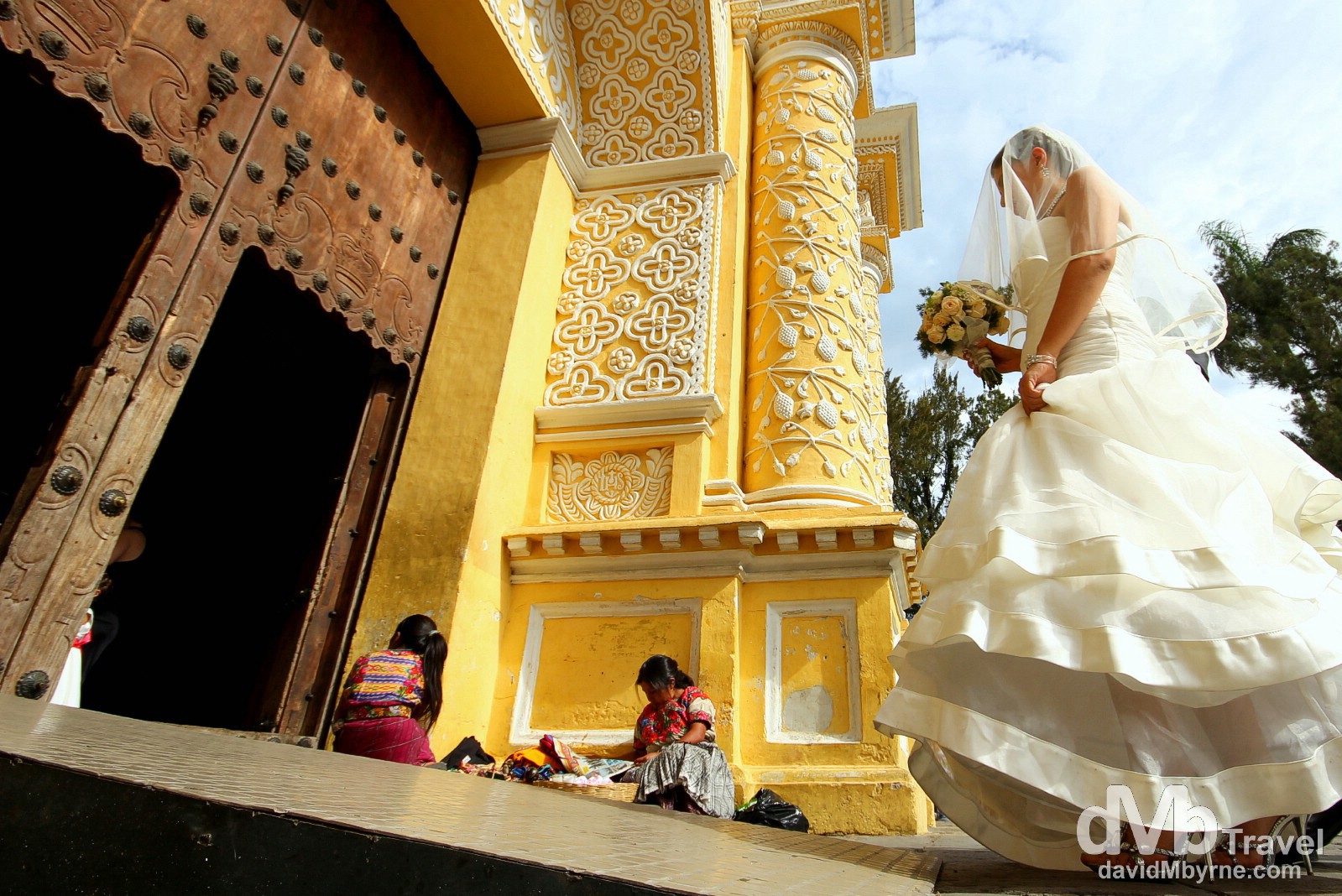 I’m not a huge football fan but having a beer (or two) while taking in the 2013 Champions League Final between Bayern Munich & Dortmund did seem like an appealing way to pass a few sunny Antigua Saturday afternoon hours. When there I recorded this most quintessential of Central/South American soccer commentator goal cheers.