”It’s not immediately obvious, but, and just like the Patagonian steppe further north, there’s a certain kind of barren beauty down here. There’s little else.”

Across the Magellan Strait from mainland South America & a burned shared by both Chile & Argentina, Tierra del Fuego, the Land of Fire, sits shivering at the bottom of the world, a remote, harsh & windswept land. It’s not immediately obvious, but, and just like the Patagonian steppe further north, there’s a certain kind of barren beauty down here. There’s little else.

Noun: Tierra del Fuego
1. An archipelago off southern South America; separated from the continent by the Strait of Magellan; islands are administered by Chile and by Argentina. 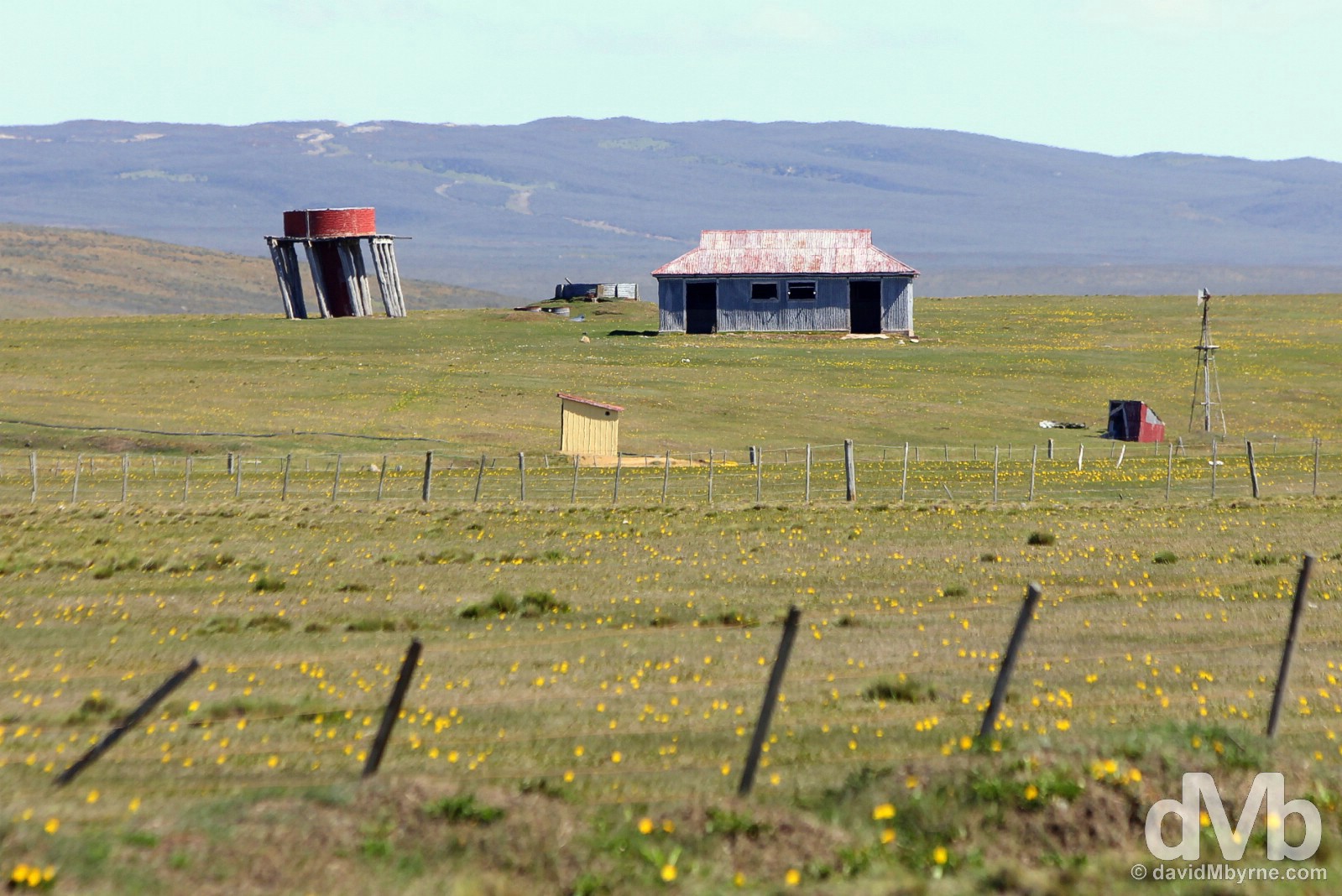 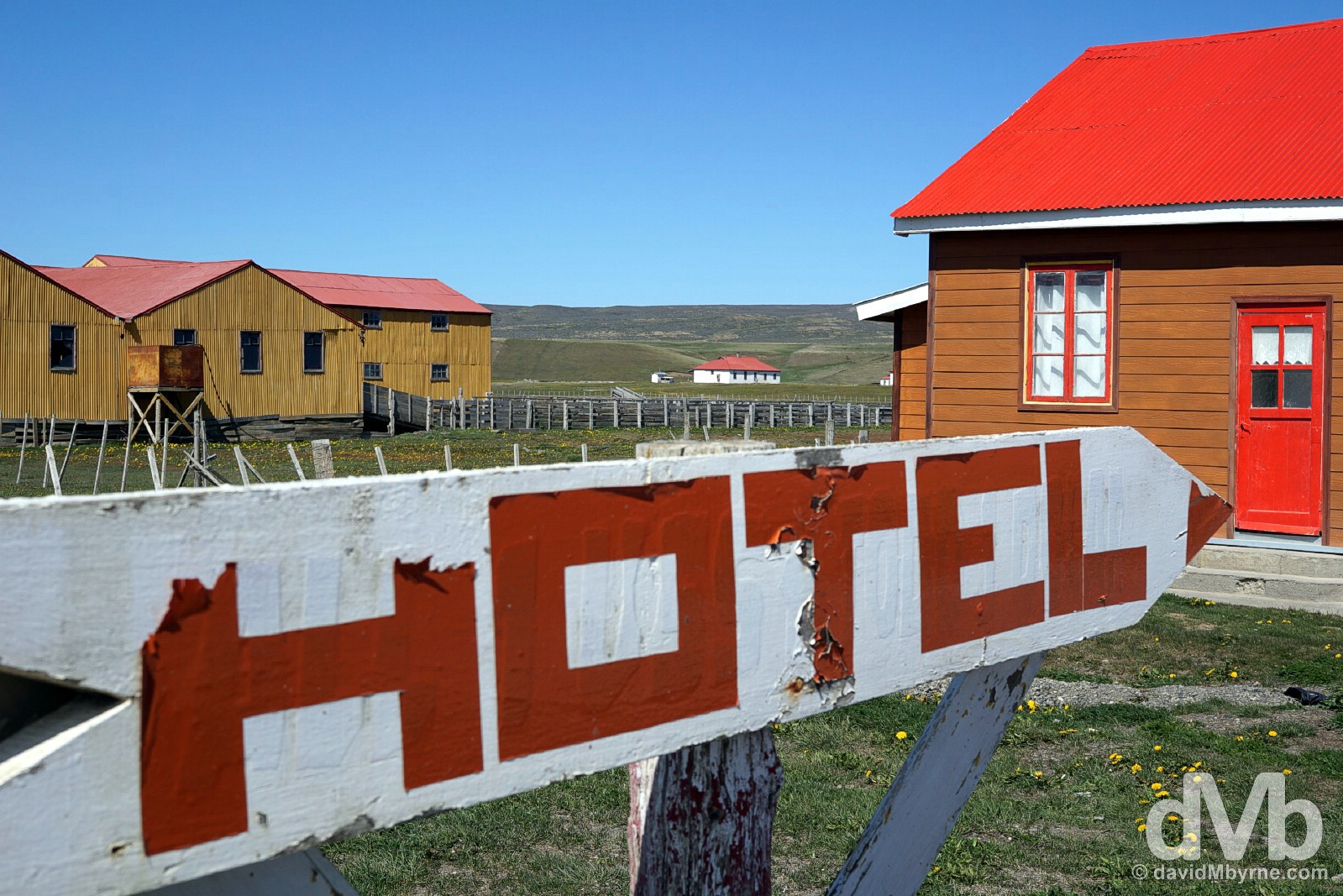 I spent quite a while down here in Tierra del Fuego, not meaning to & not doing a whole lot in the process. Three times I crossed the Strait of Magellan. Ditto for the border that runs vertically through the archipelago’s largest island, indeed South America’s largest, triangular-shaped Isla Grande de Tierra del Fuego, home to the region’s two largest towns of Rio Grande & Usuhaia, both of which are Argentinian. 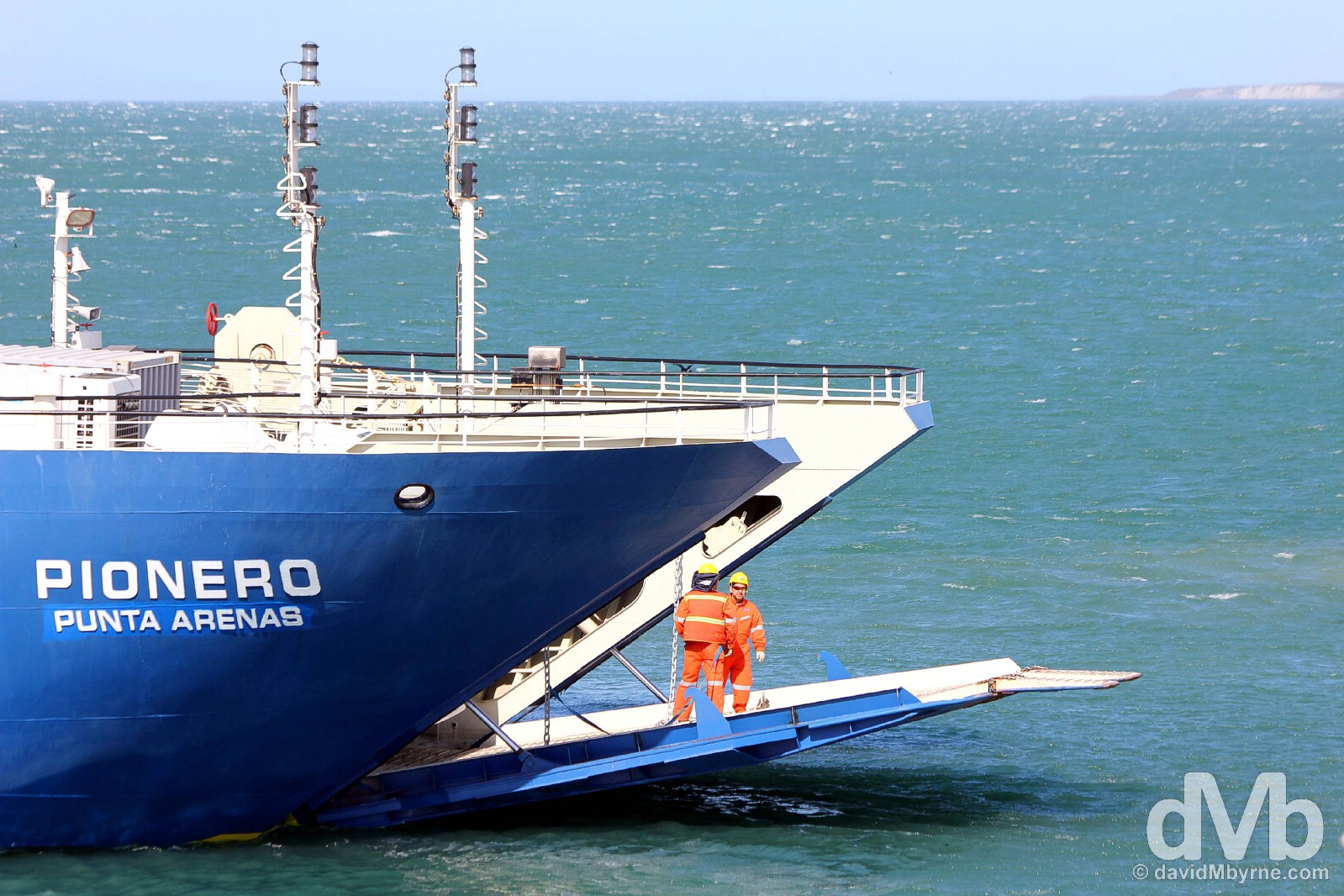 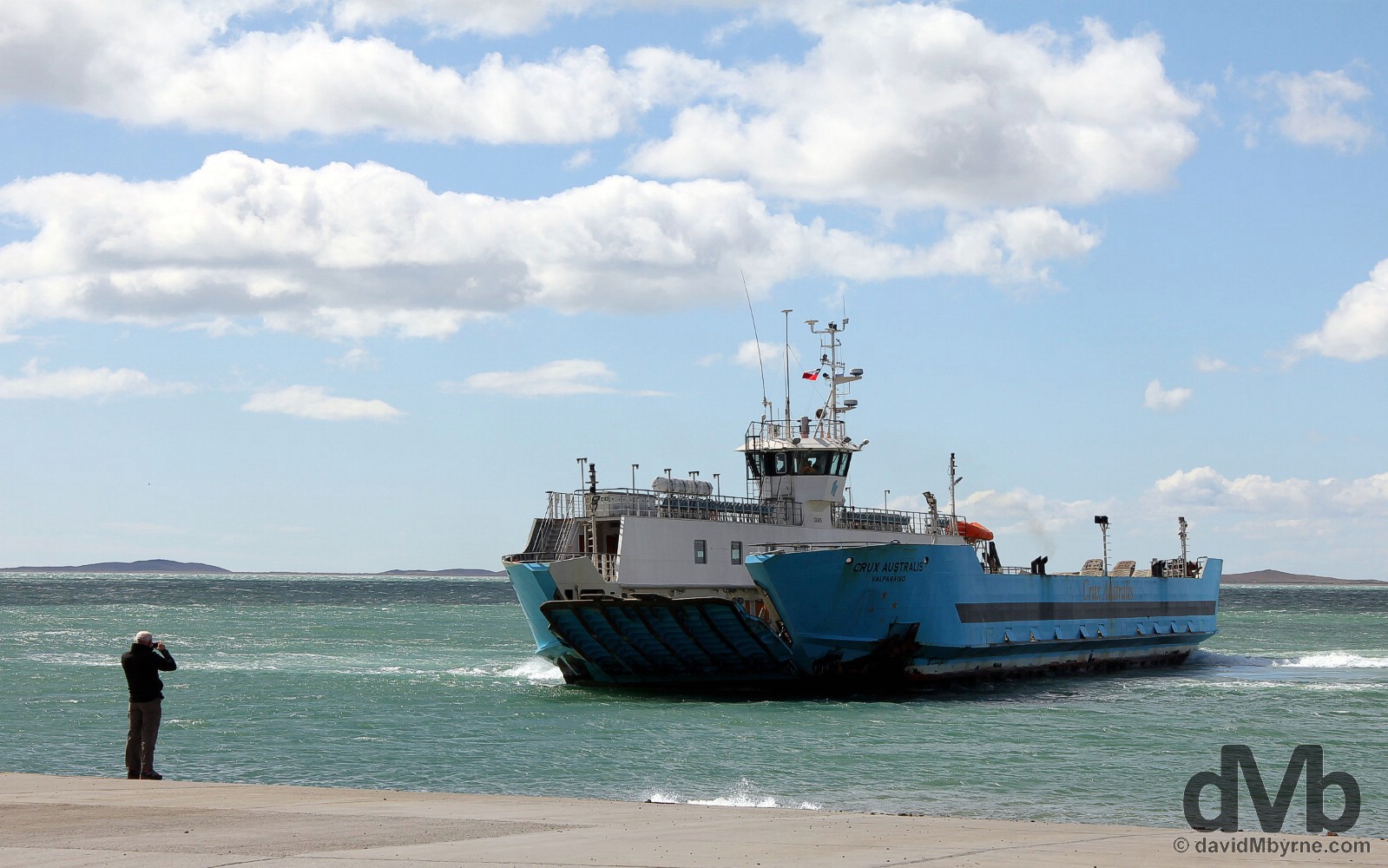 Captured on my second visit to Tierra del Fuego from southern Patagonia, two weeks to the day after the first. Preparing, once again, to leave the South American mainland. Primera Angostura, Chile. November 25, 2015.

Twice I departed from towns in Chilean Patagonia for Ushuaia in Argentinian Tierra del Fuego, first Punta Arenas then Puerto Natales. The 12-hour trip is a rather mundane undertaking but the time seems to pass somewhat quicker than it might given that the trip is broken up by the need to disembark the bus, first for the 20-minute ferry trip across the Strait of Magellan and then to tend to formalities at the dusty San Sebastian border crossing. 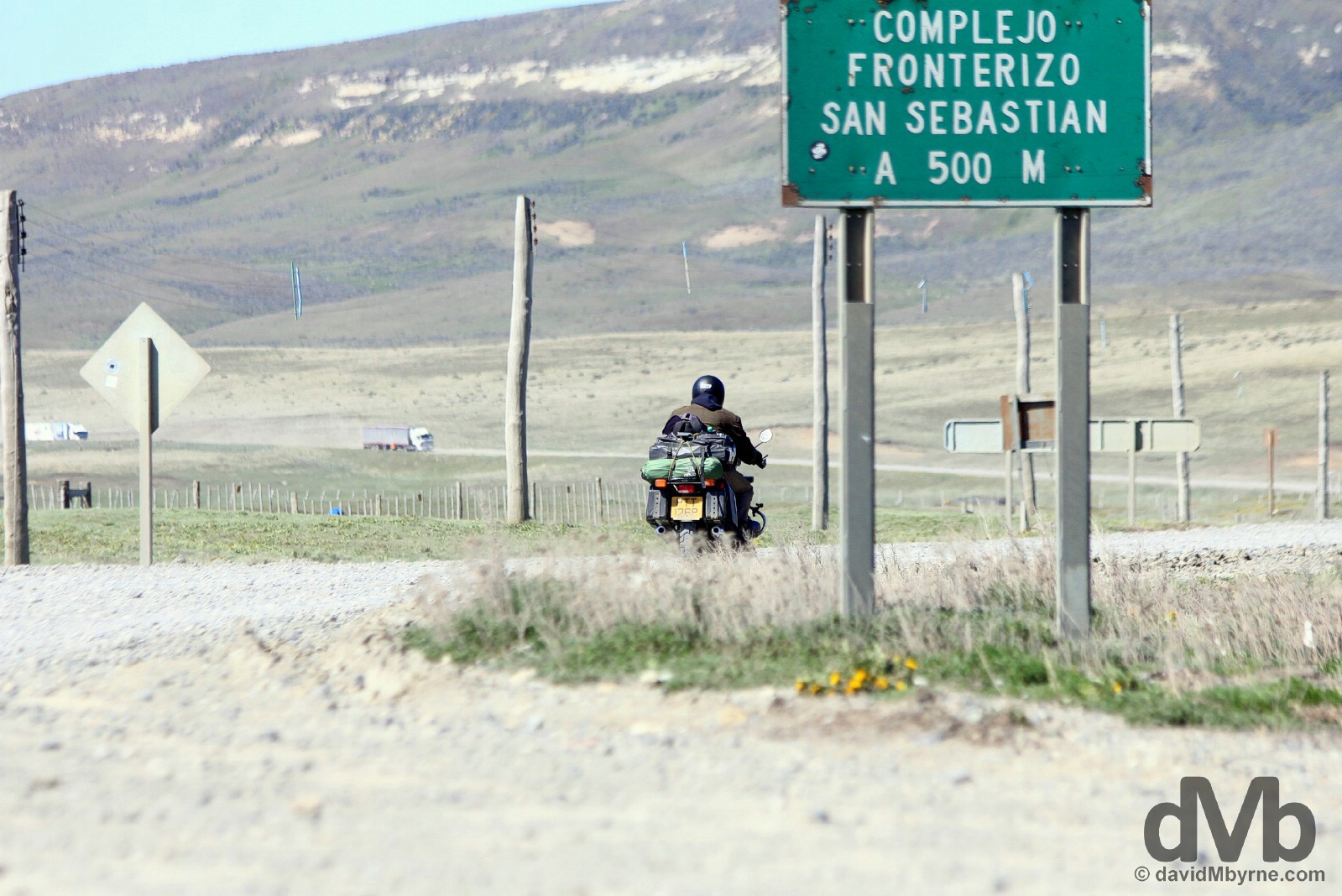 Tierra del Fuego || History & Naming
The earliest known human settlement in Tierra del Fuego dates to around 8,000 B.C. Europeans first explored the islands during Ferdinand Magellan’s expedition of 1520 with Magellan himself credited with naming the region; Tierra del Fuego, meaning ‘Land of Fire‘ in Spanish, stems from sightings of the many bonfires lit by the native Y’amana, now a mostly disappeared people. Settlement by those of European descent and the great displacement of the native populations did not begin until the second half of the 19th century, at the height of the Patagonian sheep farming boom and of the local gold rush. Today, petroleum extraction dominates economic activity in the north of Tierra del Fuego, while tourism, manufacturing, and Antarctic logistics are important in the south. 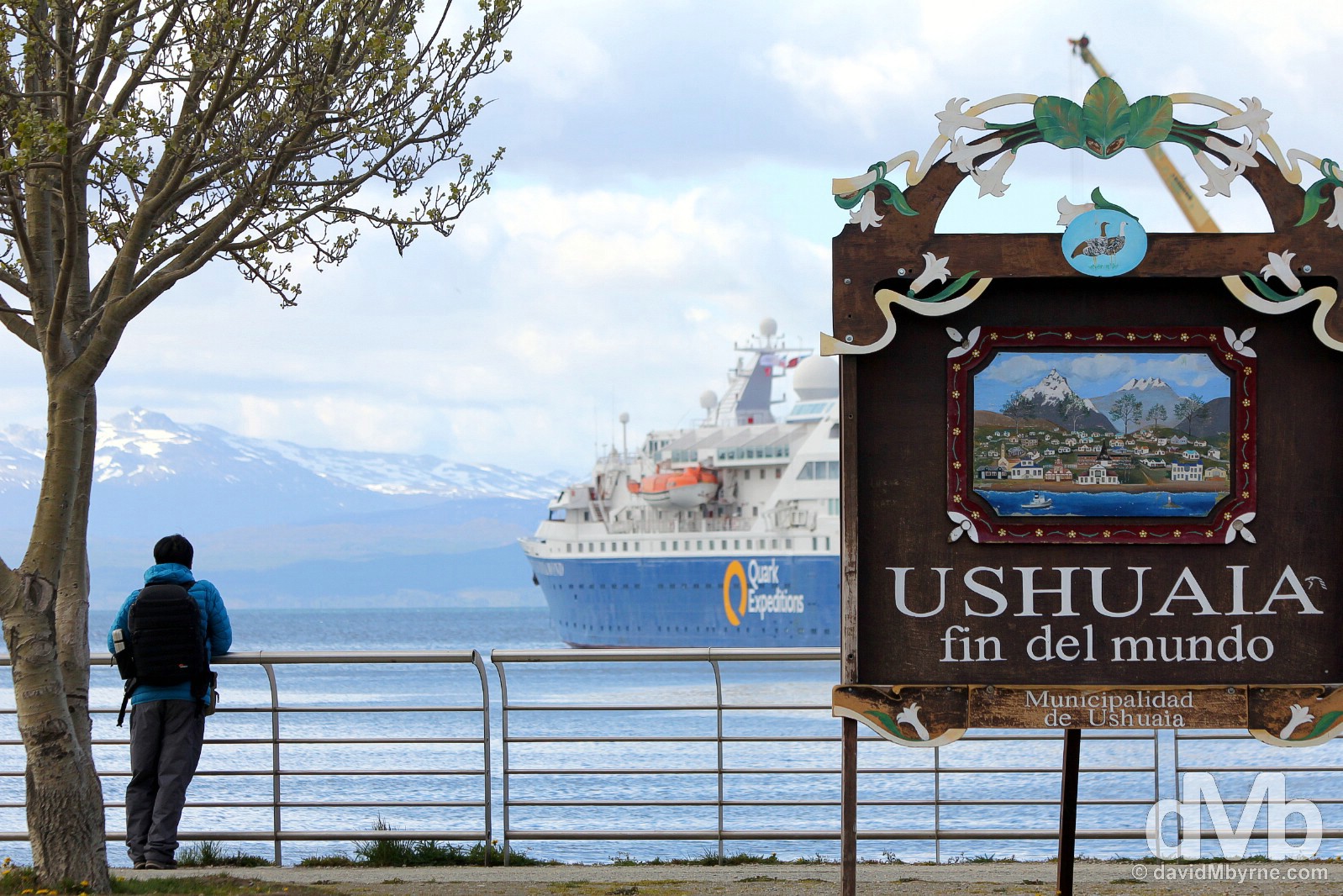 Ushuaia || Fin del Mundo
Established as a penal colony at the end of the 19th century, Ushuaia, with a population of 60,000, is by some way Tierra del Fuego’s largest settlement. The town works hard at promoting the whole ‘World’s End’ vibe, a marking slogan that seems to work – travellers are drawn to “the world’s most southern city” in spite of the fact that 1) Ushuaia is pretty remote, 2) there’s not a whole lot to do down here, & 3) difficult-to-access Puerto Williams on Chilean Isla Navarino across the Beagle Channel from Ushuaia, and although only boasting a population of some 3,000, also, & some say rightfully, claims to be “the world’s most southern city”. 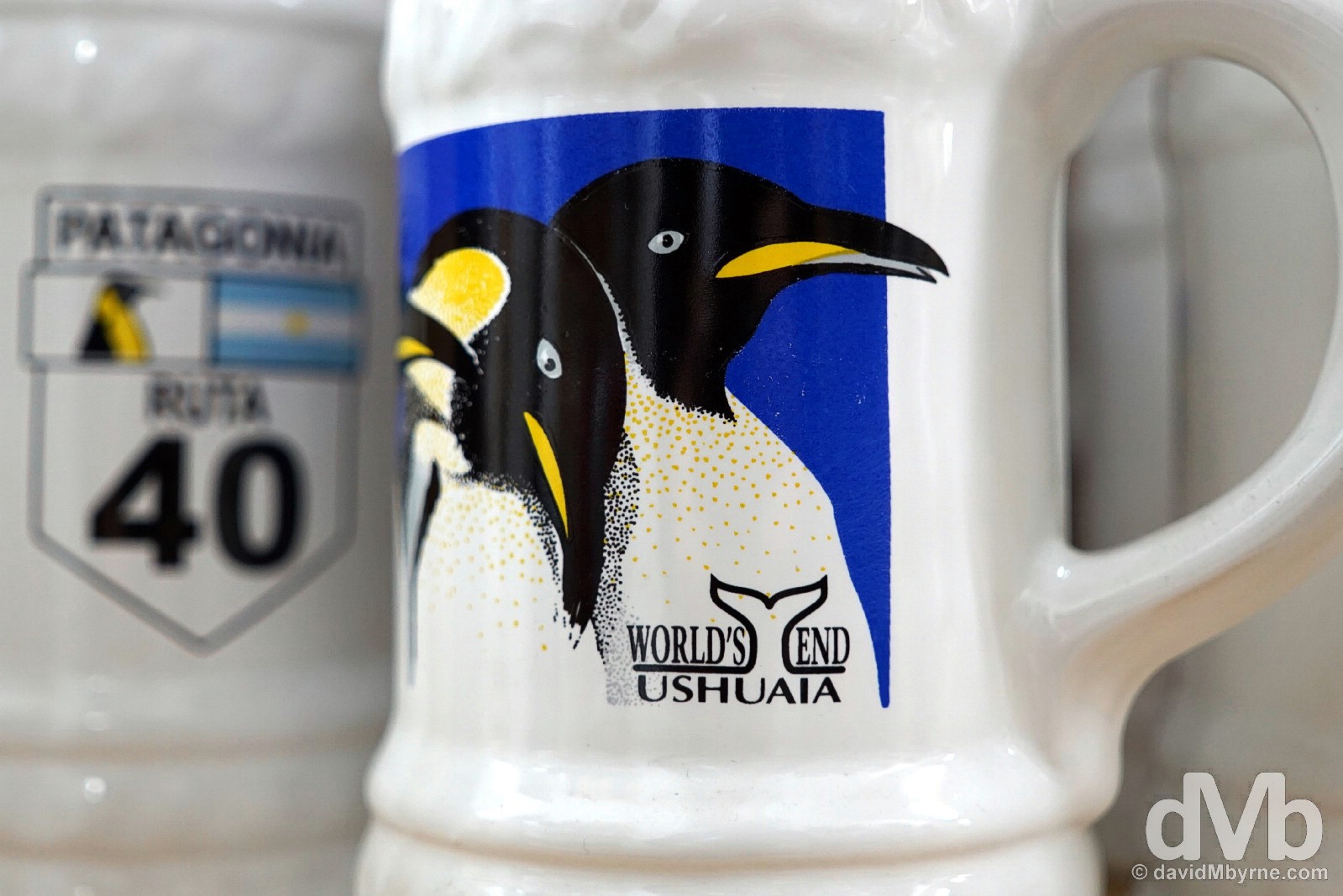 Most people fly into Ushuaia and head north overland. Others overland it here and fly north, as I eventually did. Very few overland in & out, the trip in enough to convince them that flying out is the better option. Yes the town’s setting is spectacular pushed as it is up on the Beagle Channel by jagged glacial peaks of the Sierra Venciguerra range. The town also boasts a pretty good, if a little bit pricey, museum, the Museo Maritimo; wildlife-spotting trips on the Beagle Channel are de rigueur; nearby Parque Nacional Tierra del Fuego will pass a day (or more); & there is a good traveller vibe in and around town. All that said, there is not a whole lot to do in Ushuaia & its well-marketed end of the world vibe will appease even the most passive of souls only for so long. Nine nights in total I spent here waiting… waiting… waiting to embark on a trip south to Antarctica, another reason travellers might find themselves in Ushuaia and the primary reason I came here. And when it came to the time that I couldn’t wait any longer for that trip I decided to wait elsewhere, returning to Chilean Patagonia for a second stab at its famed Torres del Paine National Park subjecting myself to two more mammoth mundane bus trips in the process – I’d clearly reached the end of my tether waiting at the end of the world. Trust me, you would too. Eventually. 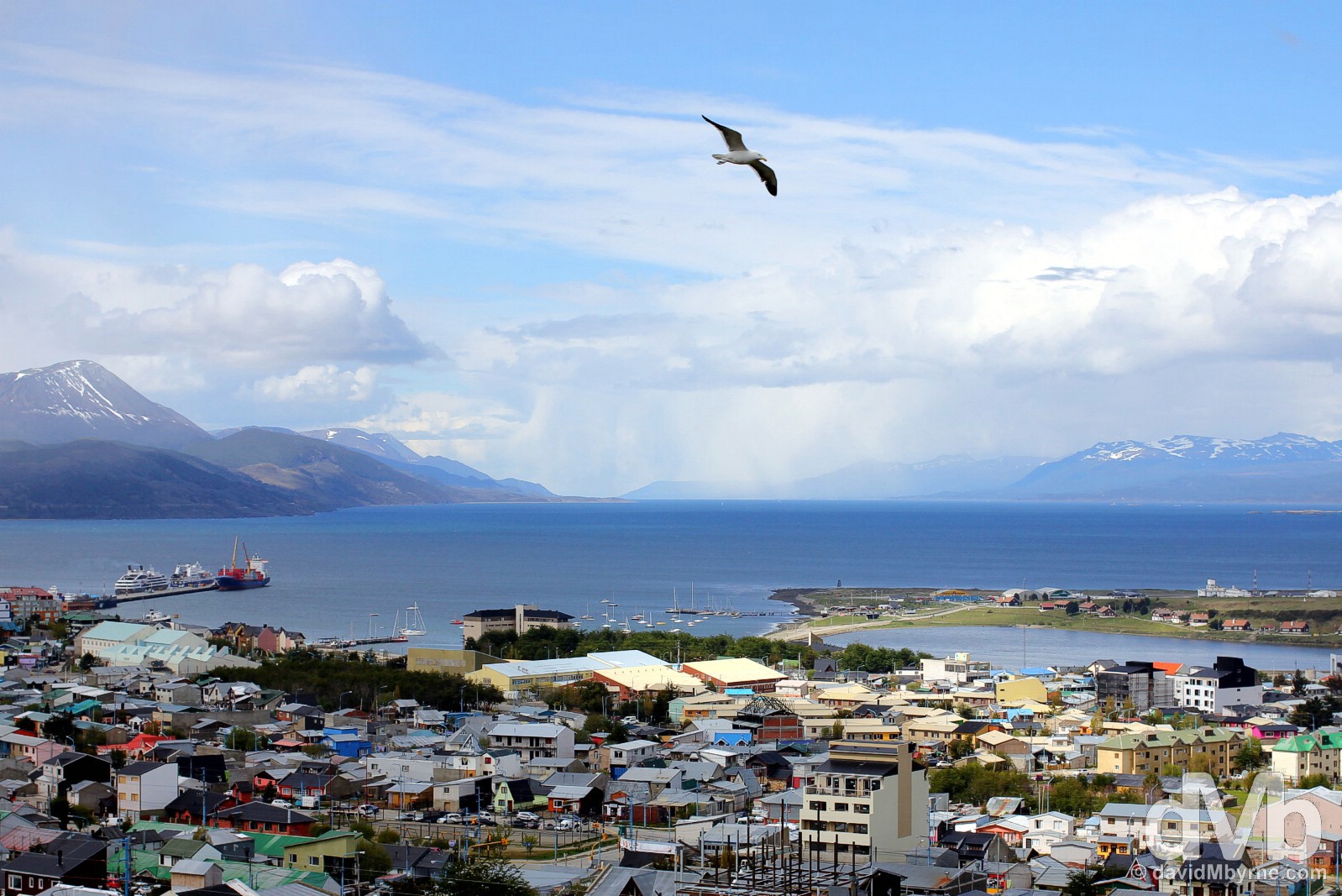 Soaring high over Ushuaia. This picture was captured from a vantage point overlooking the town (& the Beagle Channel) after returning from a hike to the Martial Glacier, another popular Ushuaia must-do. Ushuaia, Tierra del Fuego, Argentina. November 15, 2015.