The tourist hotbed of New Zealand’s North Island, Rotorua sits on the Rotorua caledra, one of several active volcanoes in an area known as the Taupo Volcanic Zone. It’s a popular geothermal wonderland full of geysers, bubbling hot mud pools & clouds of rotten egg-smelling sulphurous gasses. You won’t escape any of that geothermal goodness (or fellow travellers) while here. You probably wouldn’t want to; it’s why the hordes come here.

Hell’s Gate is 16 kilometres northeast of Rotorua & one of the many $35-entry-fee thermal reserves in the Rotorua vicinity, but the only one owned & operated by a Maori (indigenous New Zealanders) tribe. The Maori name of the 10 hectares reserve is Taku tiki itere nei, meaning ‘my youngest daughter has floated away’, remembering the tragedy of a young girl jumping into a thermal pool. The English name originates from a 1934 visit by George Bernard Shaw. When I visited it was a beautiful day, perfect for photographing the many steaming thermal pools in the reserve. 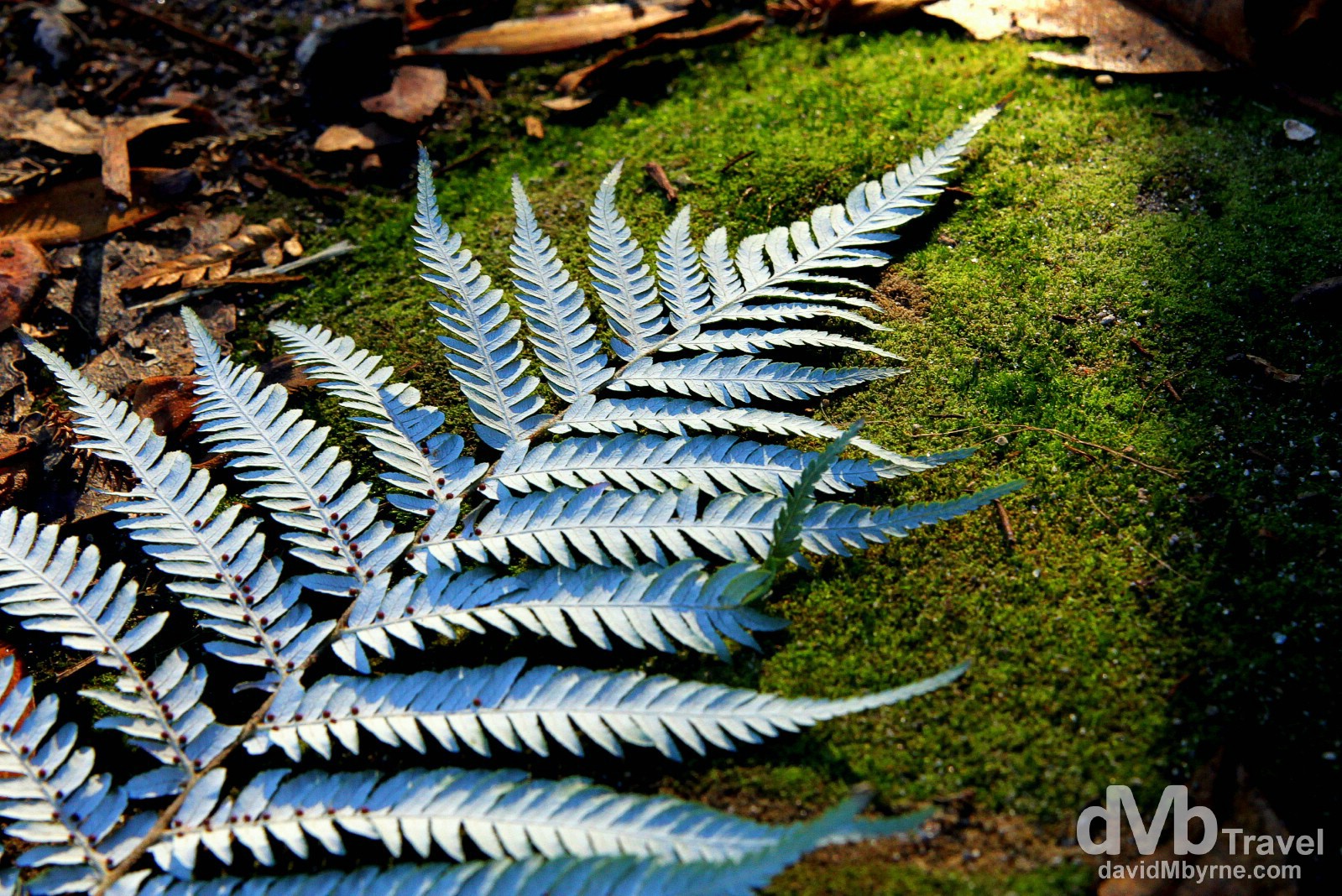 A silver fern rests on the mossy floor in a wooded section of the Hell’s Gate geothermal reserve, Rotorua. The medium-sized tree fern is endemic to New Zealand & is the symbol commonly associated with the country – it appears on the country’s coat of arms & many New Zealanders get it tattooed on themselves to show their Kiwiness. This poor fern was rather battered, having long since fallen to the forest floor. I tidied it up a tad, making it more presentable, before placing it on an illuminated section of the mossy floor. Hell’s Gate Geothermal Reserve, Rotorua, North Island, New Zealand. May 5th 2012. 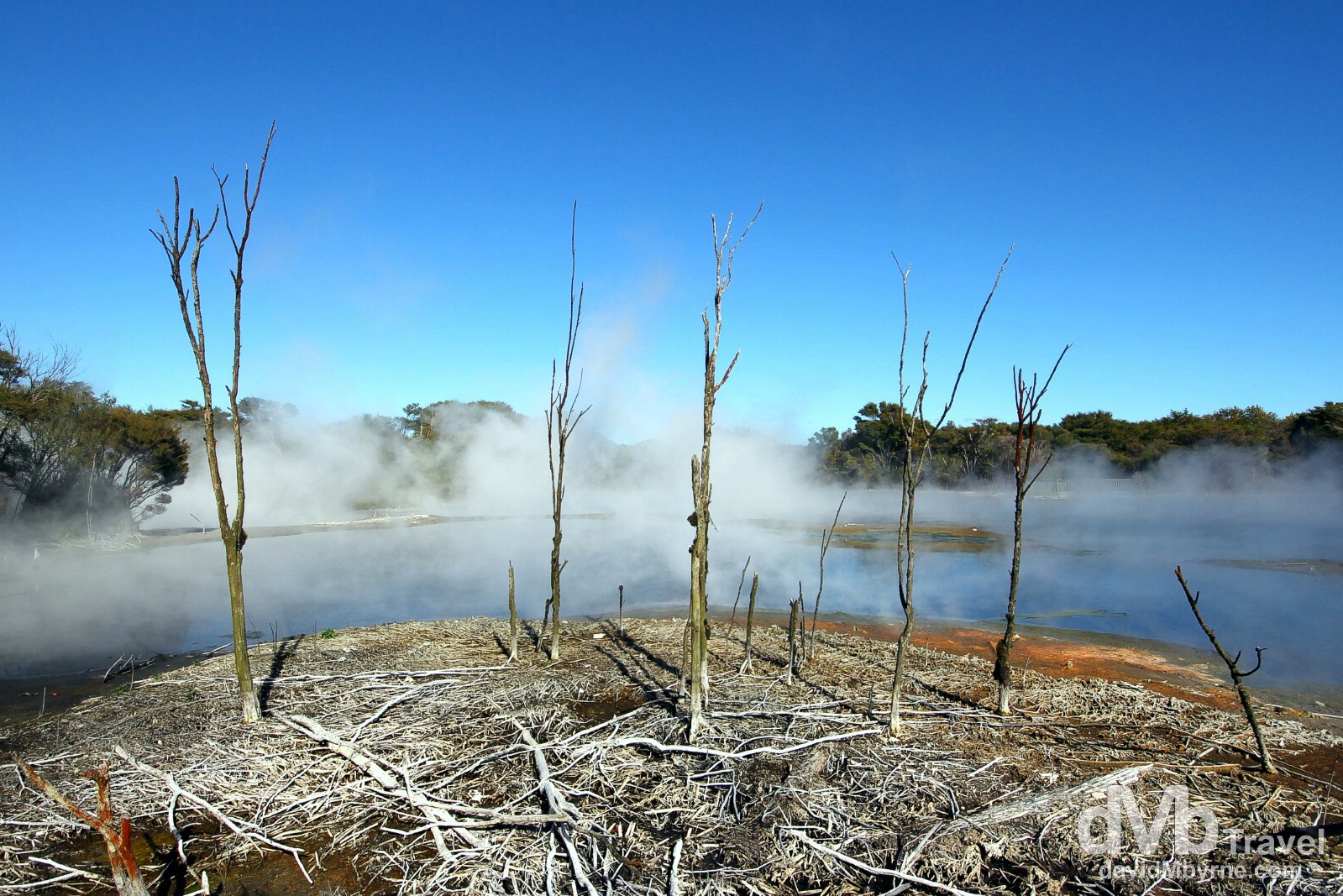 Rotorua isn’t all about geothermal attractions. 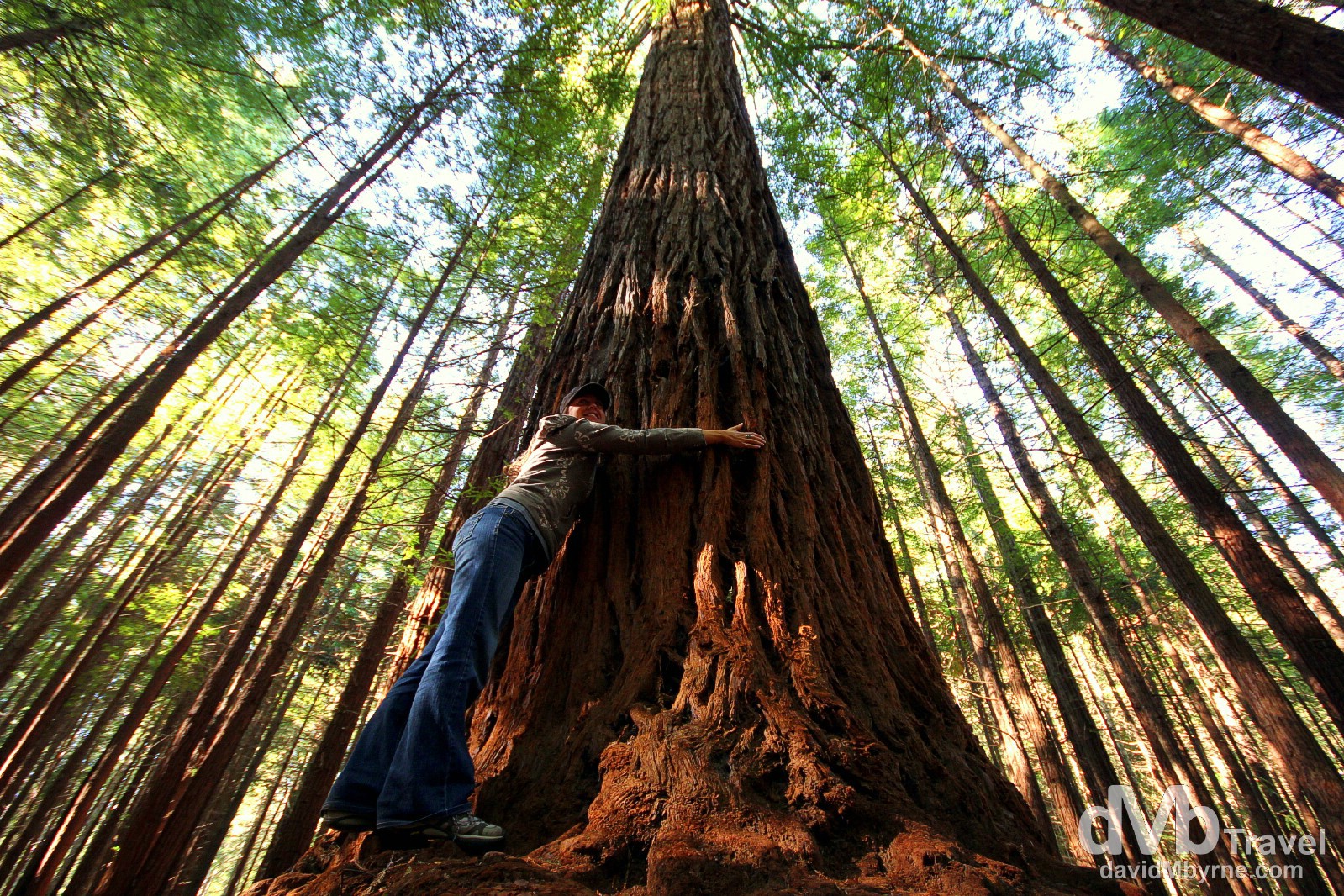 Hugging a Californian Coastal Redwood in the Whakarewarewa Forest on the outskirts of Rotorua, North Island, New Zealand. May 6th 2012.

I certainly wasn’t expecting to find these Californian Coastal Redwoods in the area. They are found in the Whakarewarewa Forest on the outskirts of Rotorua, an exotic forest environment famous for its world-class mountain biking tracks. Of the 170 species of trees found in here it’s the towering redwoods that give the place its grandeur. Trees were only planted in here beginning in 1899 (to see which could be grown most successfully for timber) so at only 112-years-old this is a relatively infantile & thus small Redwood – fully grown Coastal Redwoods can reach over 100 metres in height, 8 metres in diameter & can be 2,000+ years old, marking them as both the largest & oldest trees on earth. 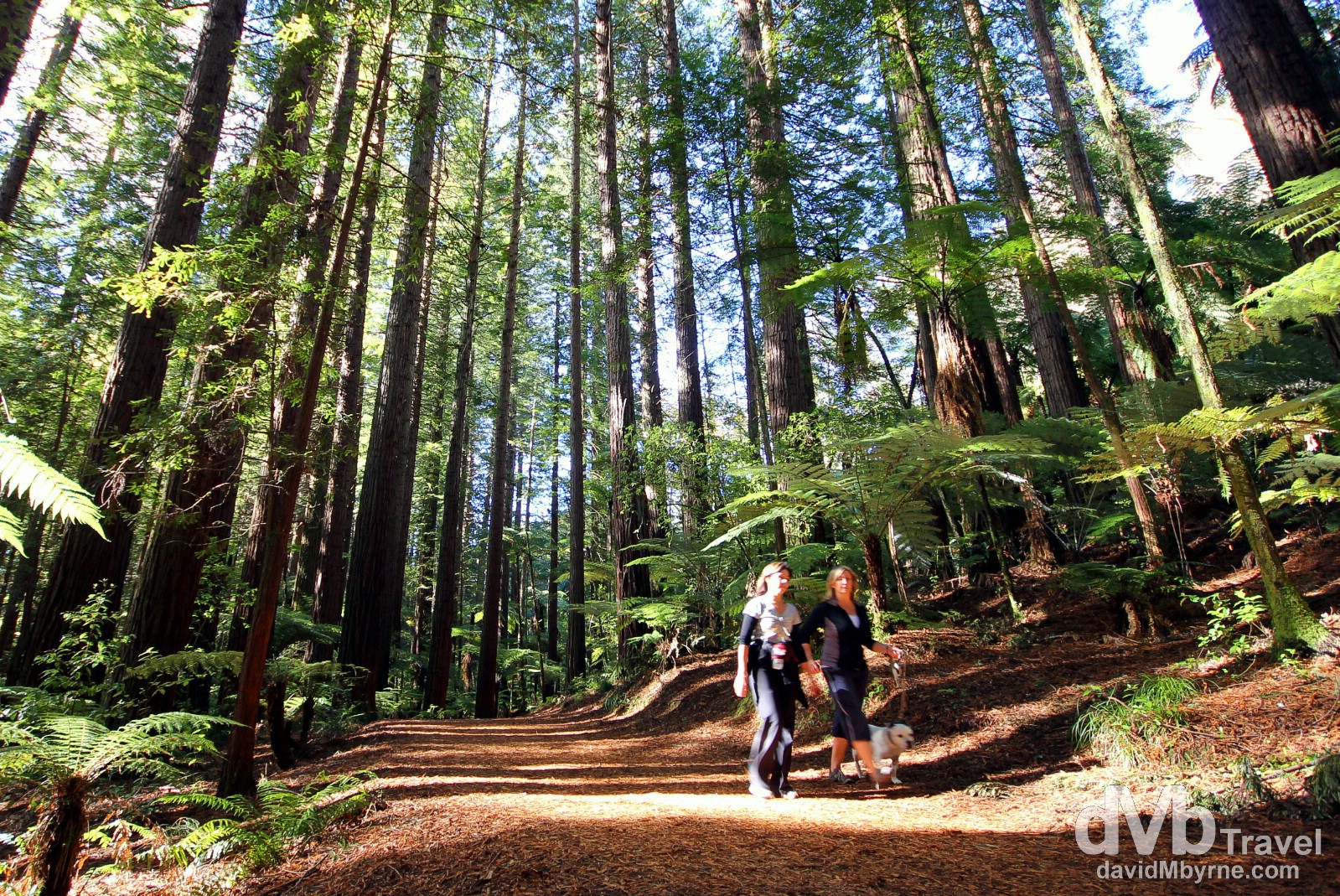 Taking a stroll in the Whakarewarewa Forest on the outskirts of Rotorua, North Island, New Zealand. May 6th 2012.