One Of The World’s Most Exhilarating Coastal Drives, An All-American Road Of Twisting, Cliff-Hugging Coastal Scenery On California’s Pacific Coast

A camper van on a bend atop a cliff on a section of the Pacific Coast Highway. April 8, 2013

One of the world’s great drives is California’s Pacific Coast Highway, a 200 kilometre (123 mile) stretch of the 1,055 kilometre (655 mile) State Route 1, a major north-south highway that runs along most of the Californian coastline. It’s an exhilarating driving experience, a twisting, cliff-hugging route which, at a leisurely pace (meaning plenty of stops to enjoy the vistas), takes about 4-5 hours of driving. Designated an All-American Road – a listing of 31 of the nation’s most scenic roads – the route, which in many places has narrow shoulders and sharp drop-offs, passes through dramatic scenery, charming pacific coast towns and oak-studded hills. I spent most of today driving the route back to San Francisco, the last day of an awesome 8 day US Southwest, California-Nevada-Arizona-California road trip. 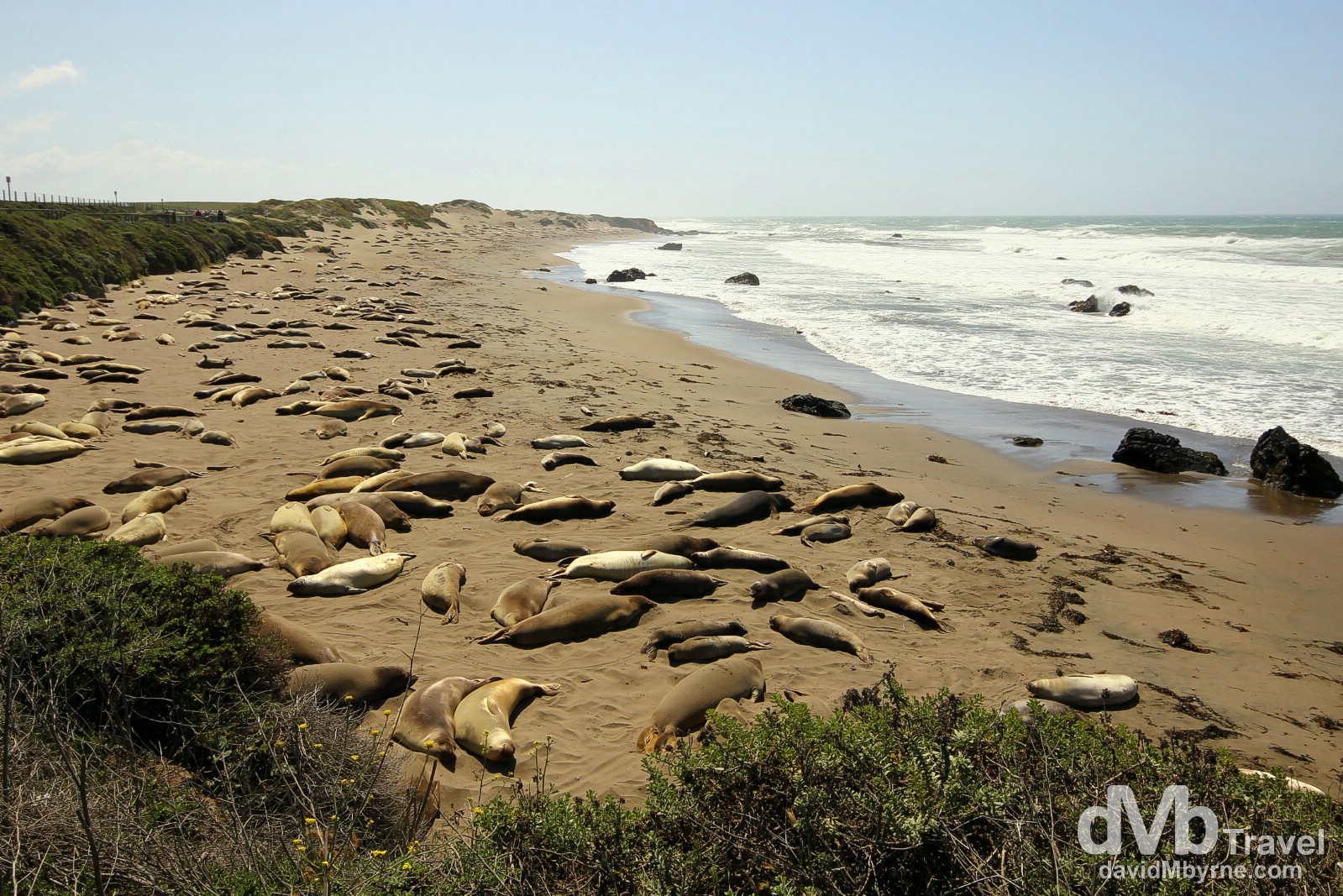 Having joined the coast just north of Atascadero, California, this colony of Northern Elephant Seals resting on the sand at the Piedras Blancas Rookery north of San Simeon (

), was one of my first (of many) Pacific Coast Highway stops today. The Northern Elephant Seal spends eight to ten months a year in the open ocean, diving to depths of 300 to 1500 metres for periods of fifteen minutes to two hours, and migrating thousands of kilometres, twice a year, to its land based rookery for birthing, breeding, molting and rest. My timing was kind of good – beginning in late March, but primarily in April and May, the juveniles that were on the beach the previous autumn return to molt, as do the adult females that were here in late December until early March. At any one time there can be up to 17,000 seals here, spending about a month on the beach growing new skin and hair and shedding the old. Cabrillo Highway, San Simeon, California, USA. April 8, 2013. 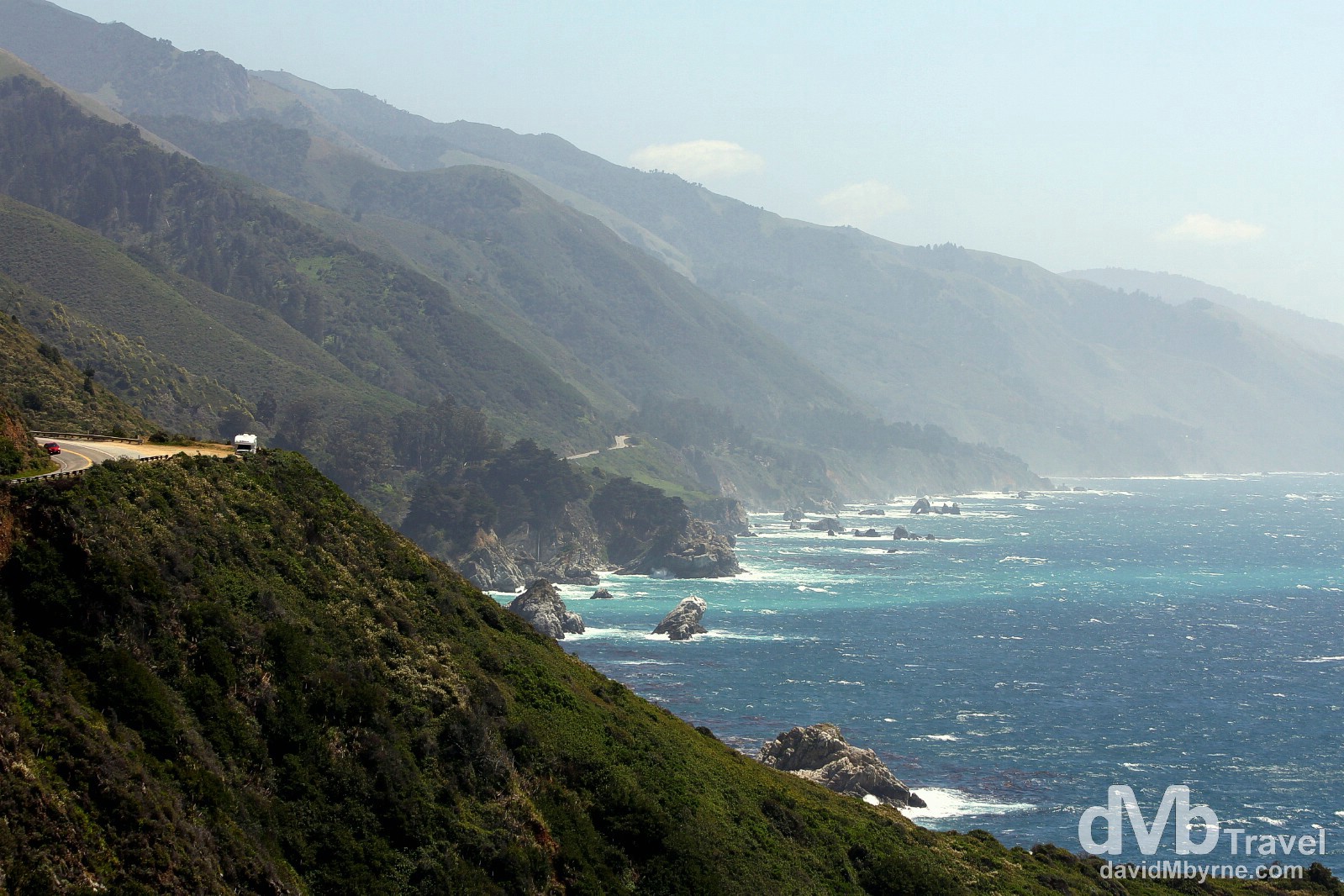 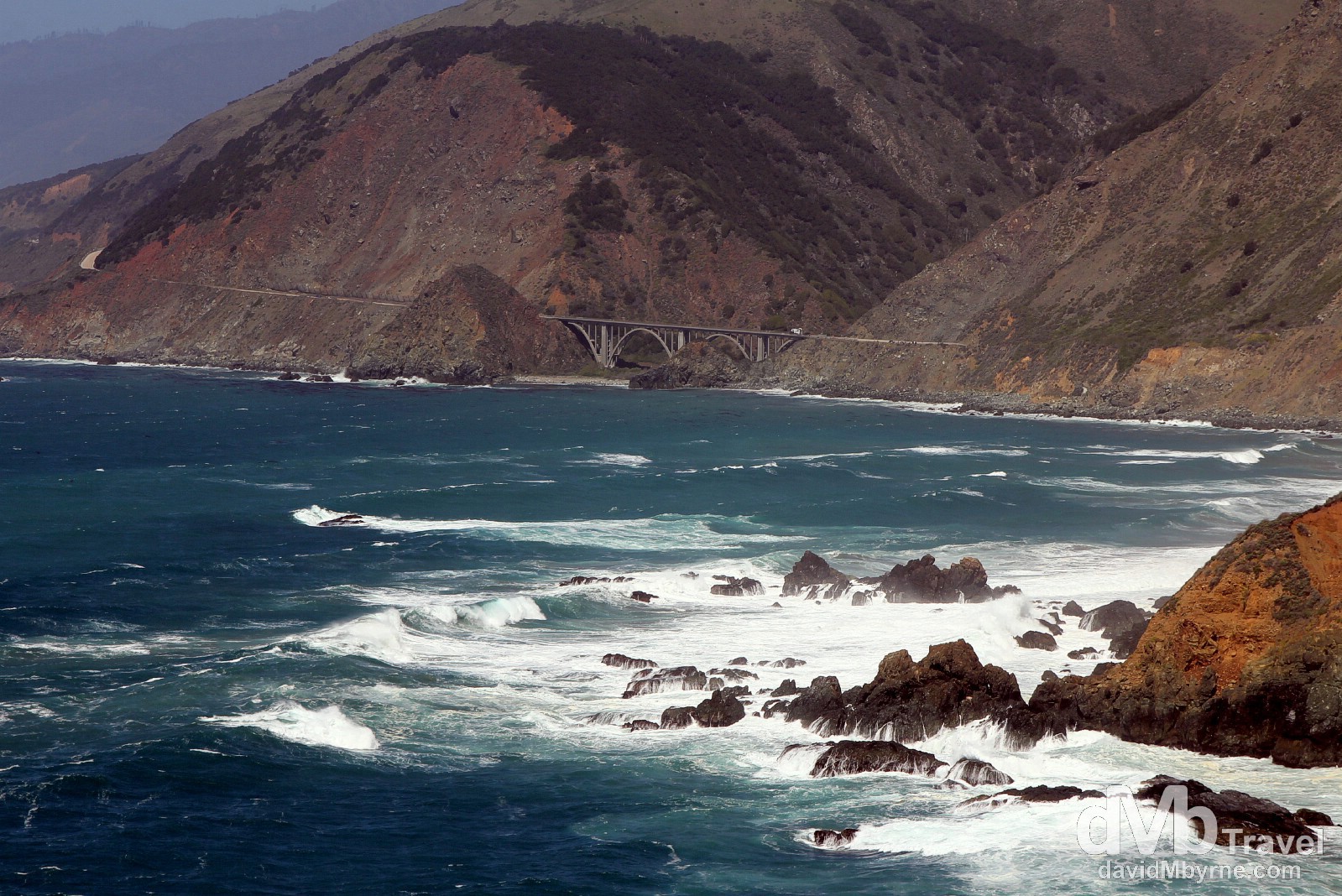 Bridges on a section of the Pacific Coast Highway, California, USA. April 8, 2013.