The word on the street is that the Danish capital of Copenhagen is blossoming, coming out of its well-developed shell. There certainly seemed to be a buzz on the streets when I was in town last week. The buzz wasn’t because I was in town, it was because, well, Copenhagen is cool these days. Compared to the past, there are more cafes, bars & restaurants in which to buy horridly expensive cappuccinos, beers & Michelin star-rated cuisine. And seemingly the Copenhageners are frequenting them too, staying out, shock horror, on the streets after dark. Well I never. 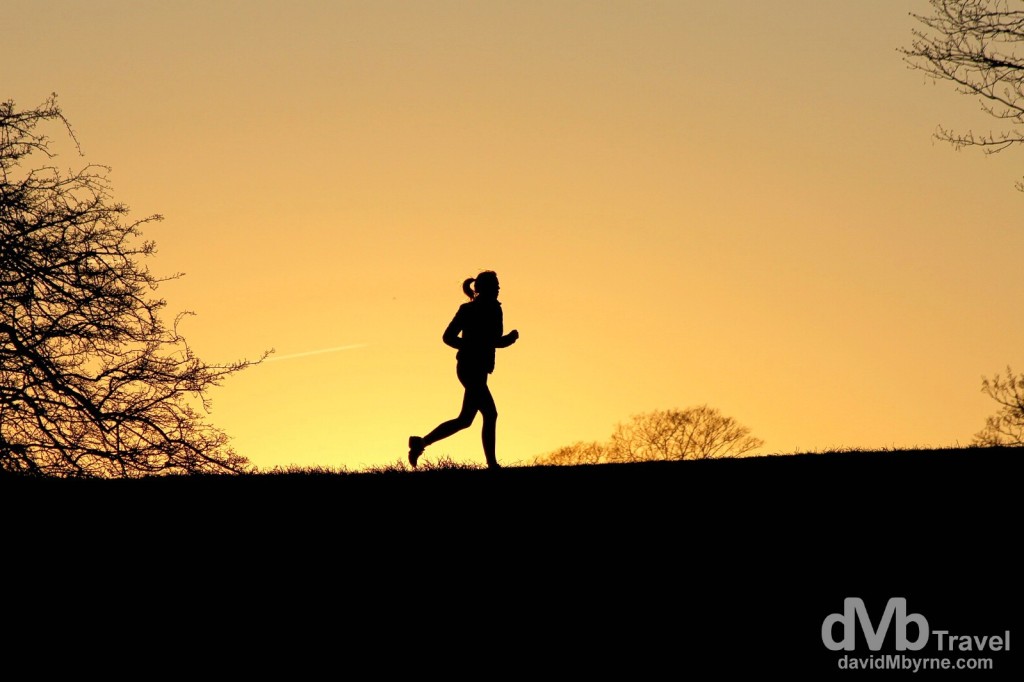 I had an afternoon to sample what Copenhagen was all about, an easy-going city of canals, harmonious civic spaces, cobbled squares & copper spires, not to mention a hip city full of cutting-edge architecture & chic independent fashion & design stores. An afternoon isn’t a lot of time but thankfully Copenhagen is small & easy to navigate. It’s also clean, safe, & flat. Oh, & when the sun is out, as it was when I was in town, it’s a rather attractive place to be; not a European classic by any means, but a nice little city alright. So here is a pictorial look at five to-dos in Wonderful Copenhagen, as the city bills itself.

Hang Out By the Canal 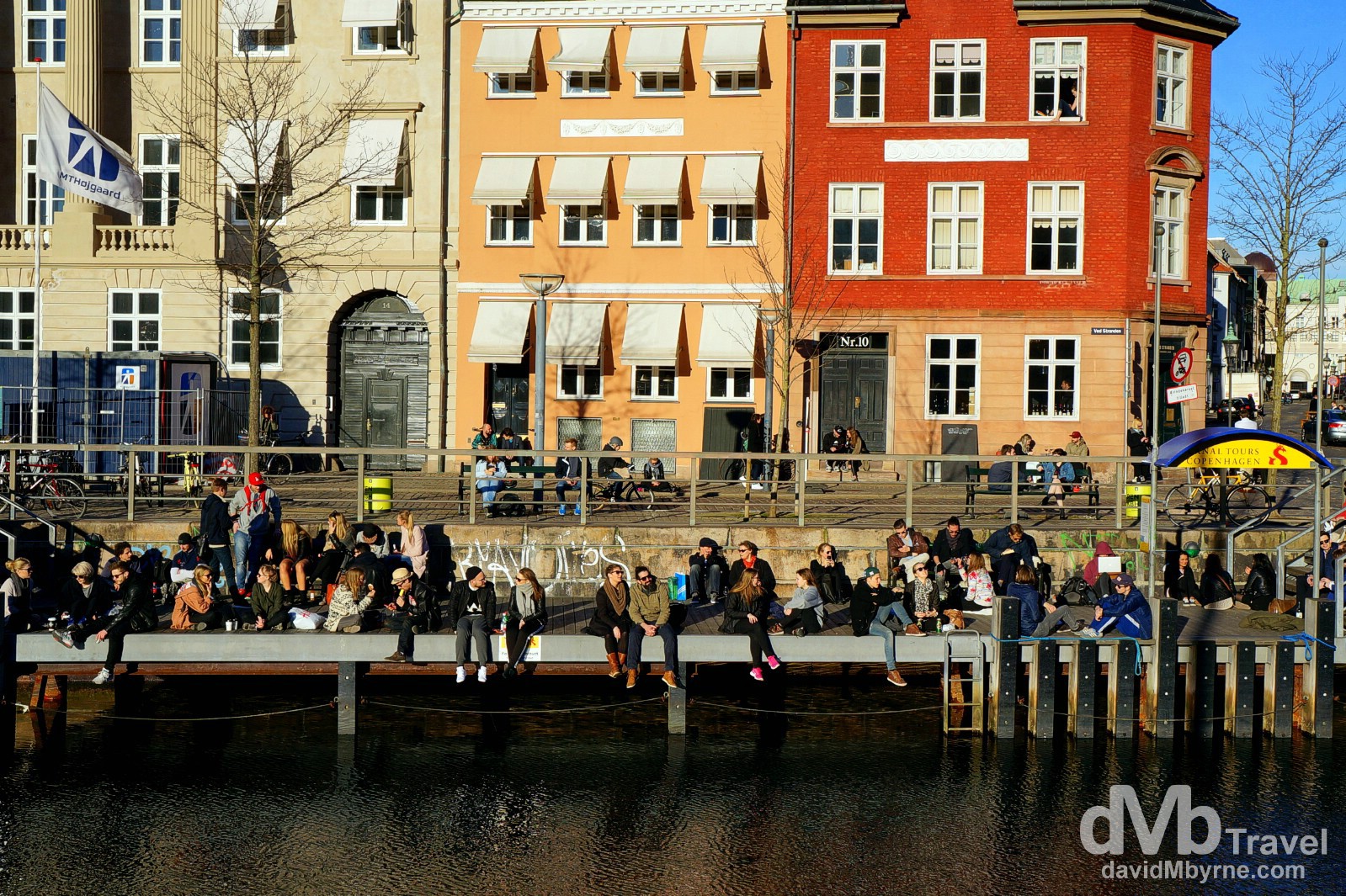 See, the locals are out & about, sitting here by the Slotsholms Kanal (canal). You can sit with them or you could take to the water on a harbour tour. Your call. Copenhagen (

• Copenhageners are an obedient lot. No one dares to cross the road, no matter how short the distance, how quiet the street or how long the wait, until the little green man says so. Not wanting to draw attention to yourself, get arrested, or get ran over by a bicyclist means you invariably do the same.
• Copenhageners are also very friendly & have that enviable Scandinavian trait of being able to switch effortlessly between Danish & fluent English.
• They have 7/11 here.
• Electricity alone drives the metro – it’s fully automated. It’s kind of scary but needless to say works flawlessly & runs like clockwork.
• The furry hats on the guards at Amalienborg (see following pictures) are ridiculous looking.
• Denmark has the highest per capita GDP in the EU. Yes, it’s expensive, but not overly so. Oslo, Norway, is much more of a financial challenge.

It’s hard, in short, to find fault with the place. The visitor’s most heartfelt grumble is usually the cost of visiting Denmark. True, it’s not a cheap destination, but no more so than the UK, and which nation’s public transport system would you rather use?

• The majority of the bicycles that everyone zips around on are massive. I’d like to see them tackle hills on those bad boys.
• The Little Mermaid is indeed little. Iconic, but little. 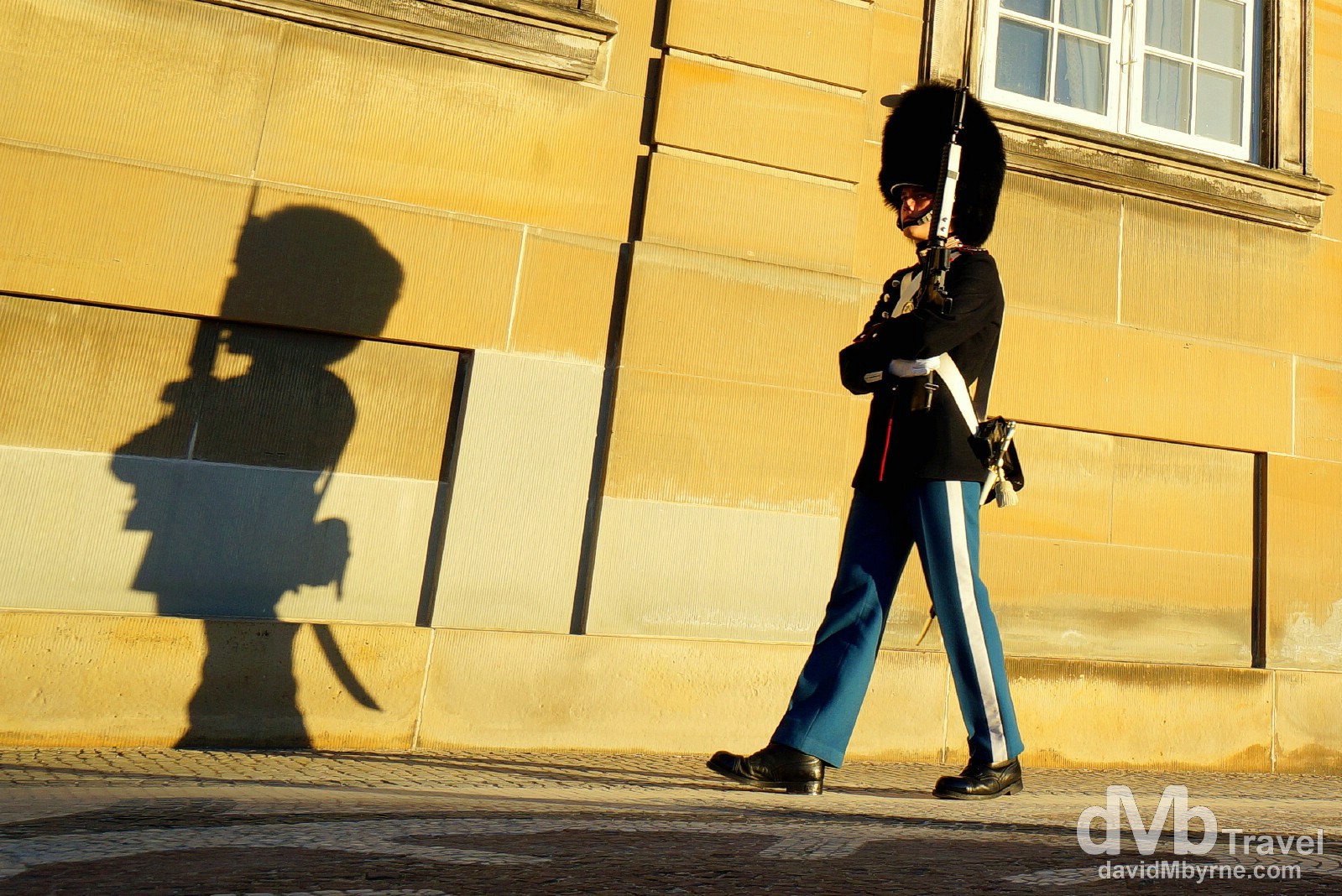 A guard casts a late afternoon shadow outside Amalienborg, the winter residence of the Danish Royal family, in Copenhagen, Denmark. March 12, 2014

Guards outside Amalienborg, the winter residence of the Danish Royal family, in Copenhagen, Denmark. March 12, 2014.

Wonder what all the fuss is about at The Little Mermaid

Unveiled on 23 August 1913, The Little Mermaid was a gift from Danish brewer Carl Jacobsen, he of Carlsberg fame, to the city of Copenhagen. The sculpture, by artist Edvard Eriksen, is made of bronze and granite and was inspired by the Hans Christian Andersen’s fairy tale about a mermaid who gives up everything to be unified with a young, handsome prince on land. Every morning and evening she swims to the surface from the bottom of the sea and, perched on her rock in the water, she stares longingly towards the shore hoping to catch a glimpse of her beloved prince. Carl Jacobsen fell in love with the character after watching a ballet performance based on the fairy tale at the Royal Danish Theater. The brewer was so captivated by both the fairy tale and the ballet that he commissioned Eriksen to create a sculpture of the mermaid. Eriksen’s wife, Eline, posed for the statue. 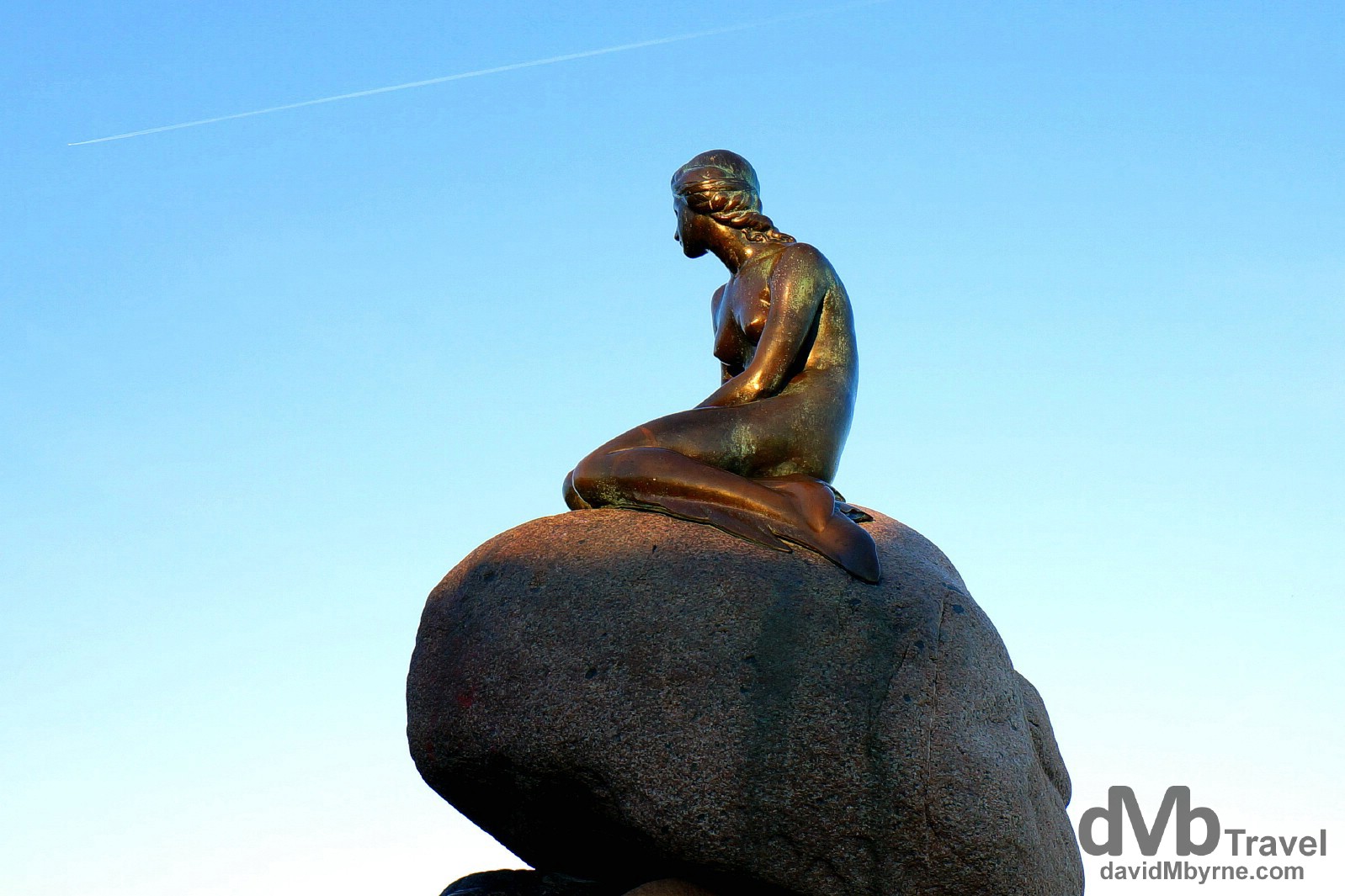 Love it or loath it, this unremarkable statue is the iconic symbol of Copenhagen & the most photographed sight not only in the city but in all of Denmark. Denmark’s leading lady survived World War II occupation unscathed but unfortunately she hasn’t been as lucky in recent times, having lost her head a few times, as well as her arms (who would do such a thing?). In response to this, Carlsberg commissioned, in 2006, Danish artist Bjorn Norgaard to create this new Little Mermaid, one that sits not too far from the original on Copenhagen’s oft-windswept harbourfront. The Little Mermaid, Copenhagen, Denmark. March 12, 2014 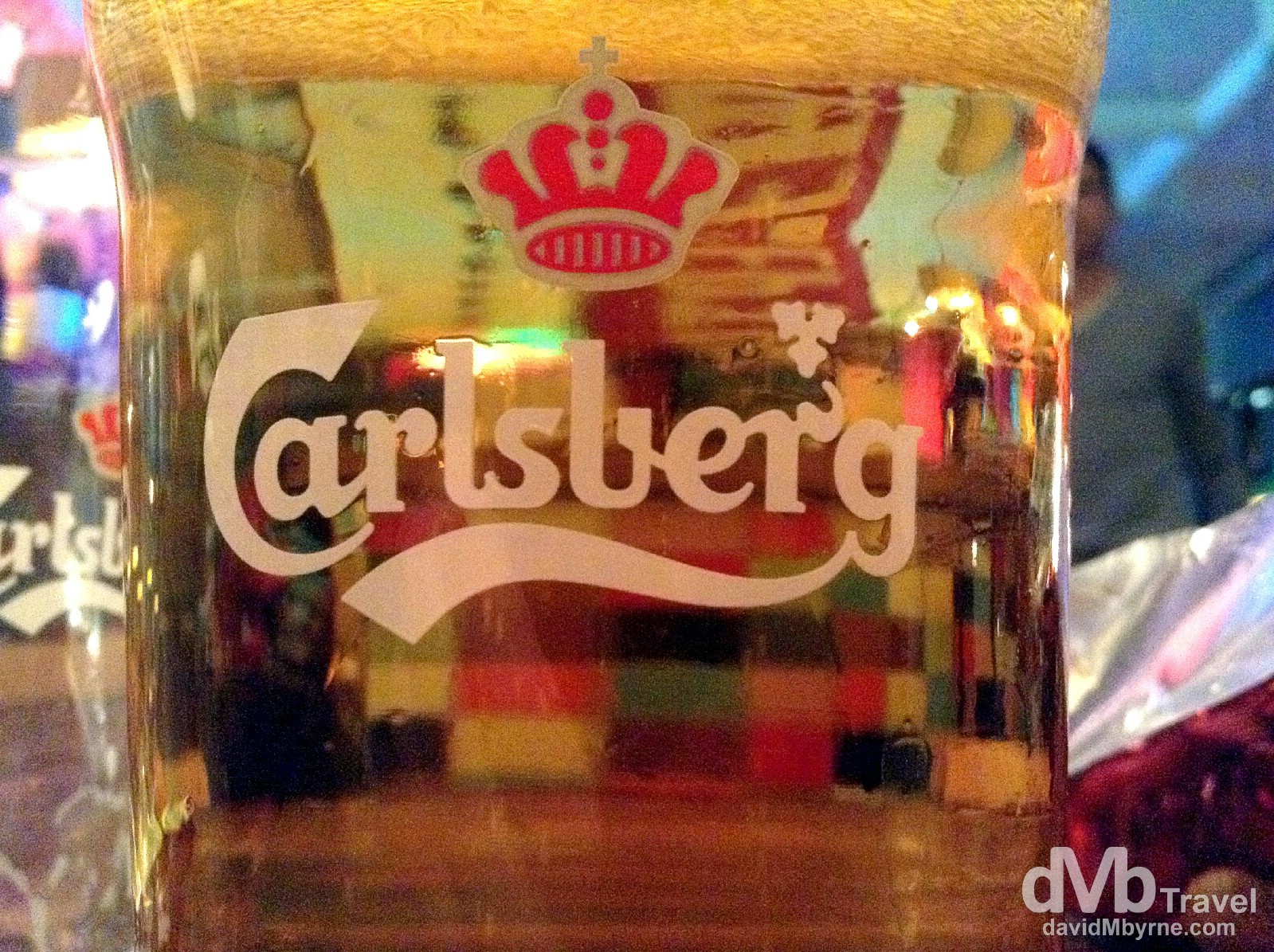 One can hardly come to Copenhagen and not sample their primary liquid export. I’m not a fan of Carlseberg at home, but here in Copenhagen it went down well. All too well. Copenhagen Downtown Hostel, Copenhagen, Denmark. March 12, 2014

Do As The Locals Do & Take To The Streets 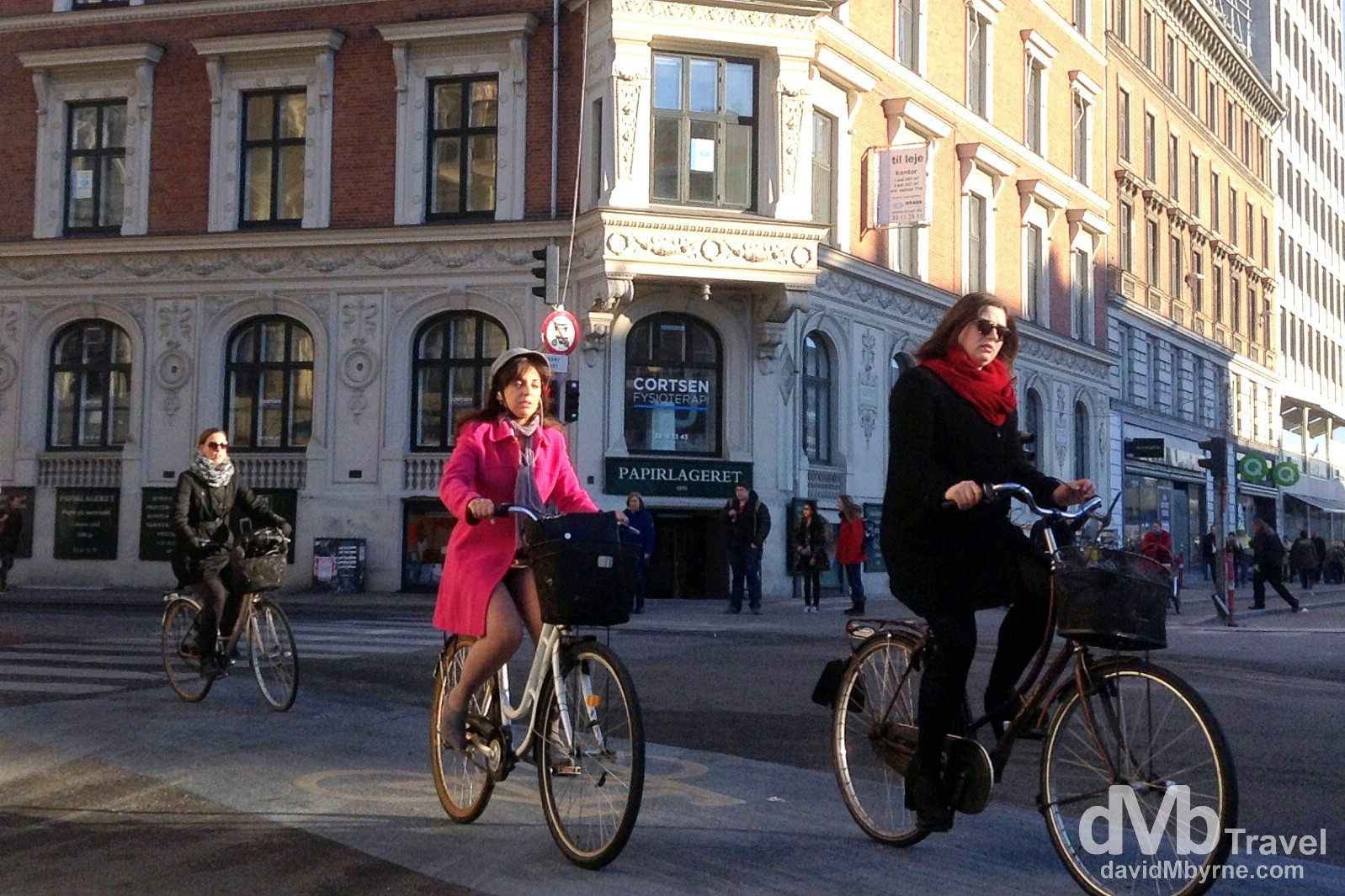 Copenhageners are an active lot. Over 50% of the population cycles on a daily basis (not surprising considering how flat the city is), covering some 1.1 million kilometers a day between them. Copenhagen, Denmark. March 13, 2014