On a recent trip to London, England, I paid a visit to the Queen’s Gallery of Buckingham Palace. I hadn’t intended to but I’d seen a flyer somewhere over the previous days touting a photography exhibition of early pictures of the Middle East. That’s all I knew of the exhibit – that it was displaying early pictures of the Middle East – when I rocked up at the plush gallery for what turned out to be a few fascinating hours of analysing some of the first pictures ever taken of places I was lucky enough myself to have visited in the past. 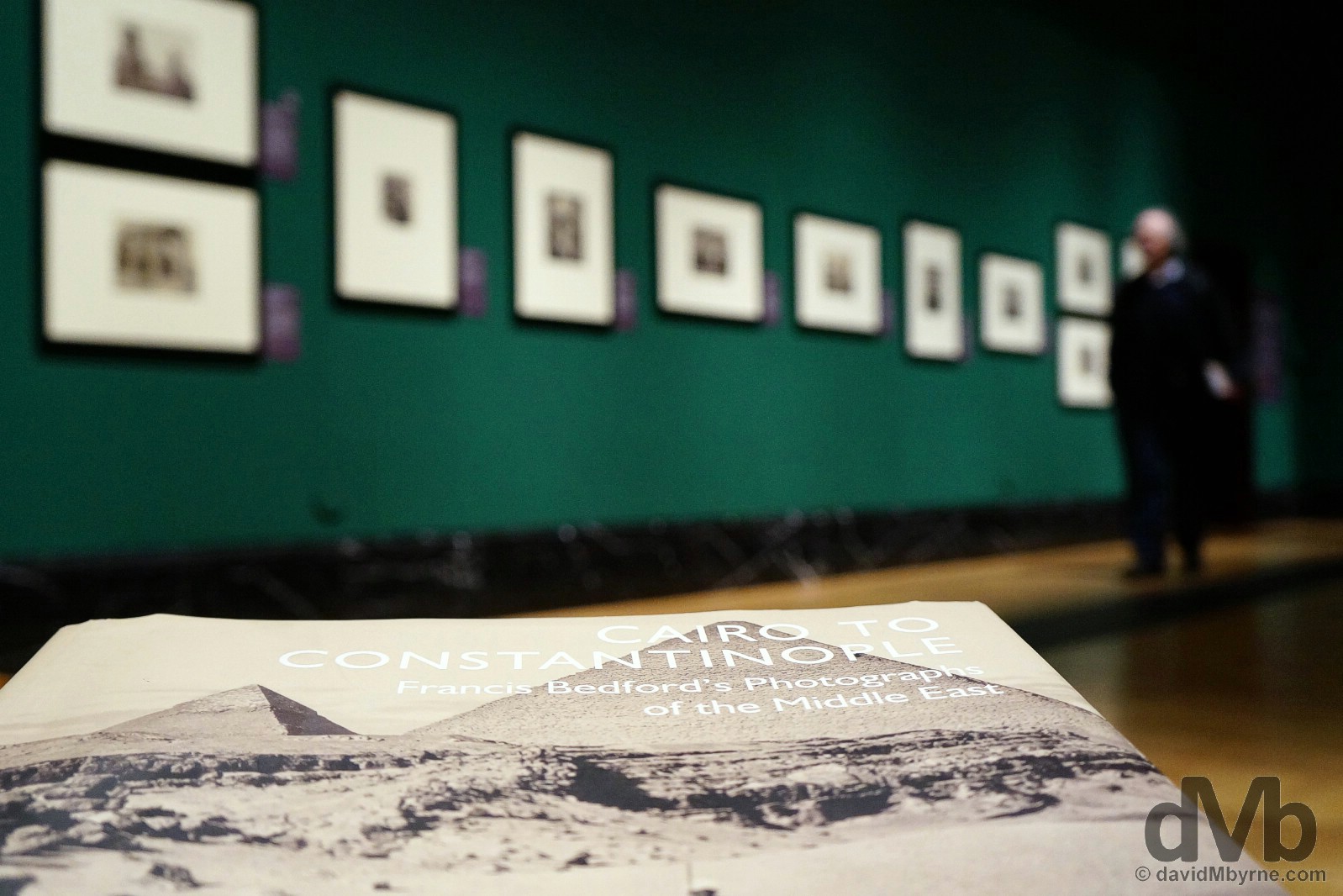 Cairo to Constantinople: Early Photographs of the Middle East exhibition in the Queen’s Gallery of Buckingham Palace, London, England. December 14, 2014.

Cairo to Constantinople: Early Photographs of the Middle East
In 1862, the photographer Francis Bedford was asked to accompany the then Prince of Wales on a four-month tour of the Middle East. The journey began in Windsor on February 6. The Prince and his companions would travel through Egypt, the Holy Land, Syria, Lebanon, Turkey & Greece before heading back to Britain in June. In 1862, this region was under the control of the Ottoman Empire, centered on Constantinople, modern-day Istanbul.

Travelling with heavy equipment, Bedford photographed the architecture, landscape & peoples of the regions visited. Of the 200 or so images he made, 172 were publicly exhibited in the German Gallery in London after the tour. The public could also purchase copies. The exhibit was described as ‘perhaps the most important photographic exhibition that has hitherto been placed before the public‘, with the images helping to shape both the Victorian understanding of the Middle East and confirming Bedford’s reputation as one of the leading photographers of the nineteenth century. The Prince of Wales acquired two complete sets of photographs from Bedford with the original photographs on display in the Cairo to Constantinople: Early Photographs of the Middle East exhibition, having been brought together for the first time since their original 1862 unveiling. 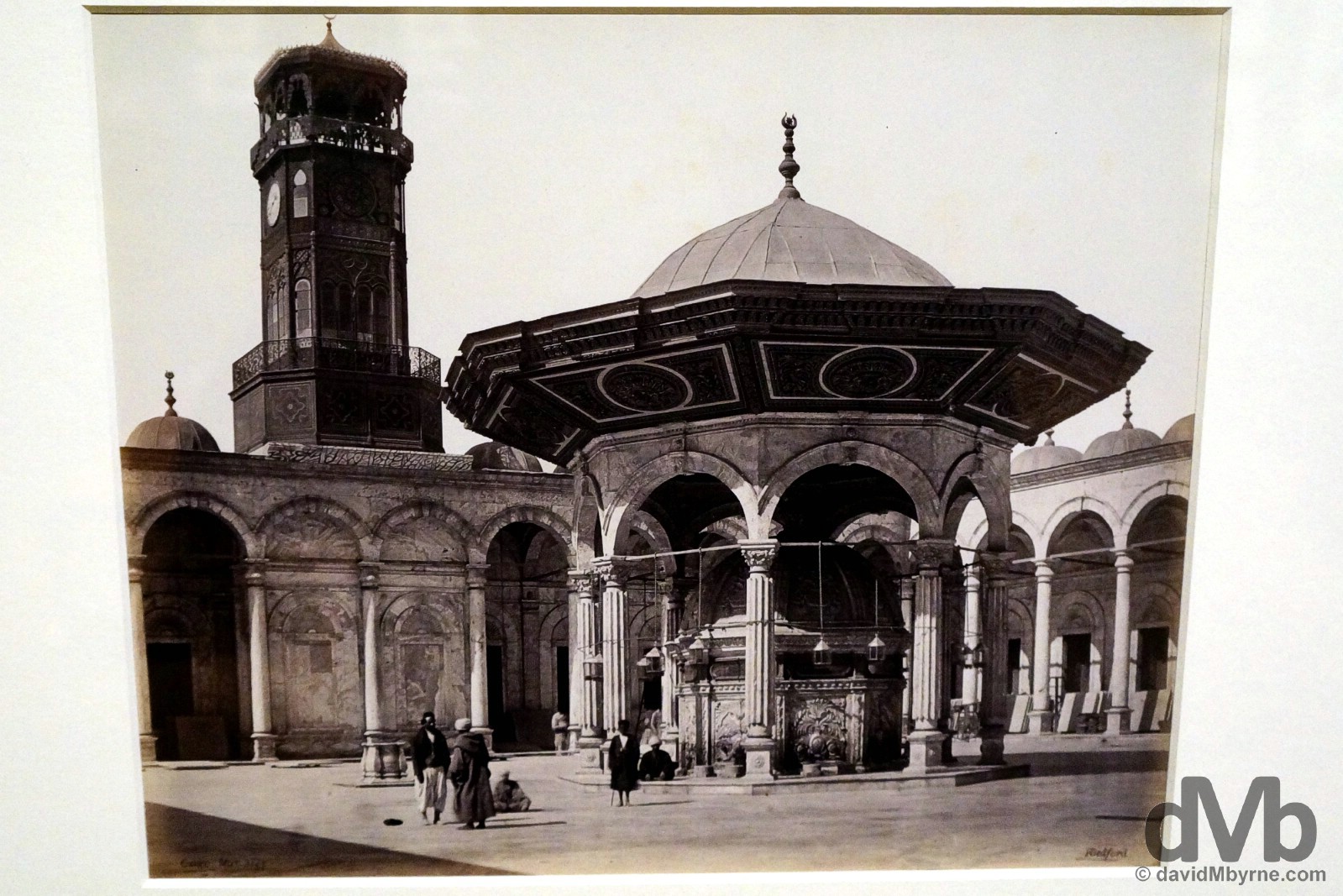 A Francis Bedford capture of the fountain in the courtyard of the Mosque of Muhammad Ali in the Saladin Citadel in Cairo, Egypt. Captured on March 3, 1862, & on display as part of the Cairo to Constantinople: Early Photographs of the Middle East exhibition, this image when displayed in London shortly after the royal tour was judged to be one of ‘the best Architectural Subjects’ in the series. Bedford described the scene in the catalogue for the exhibition, ‘This light and elegant edifice has long and justly been celebrated as one of the most beautiful fountains in the mosks [sic] of Cairo.’

I recognised many of the structures & landmarks Bedford photographed all those years ago, but was instantly drawn to the above picture as I captured an almost identical image some 146 years later on my April 2008 visit to Cairo. 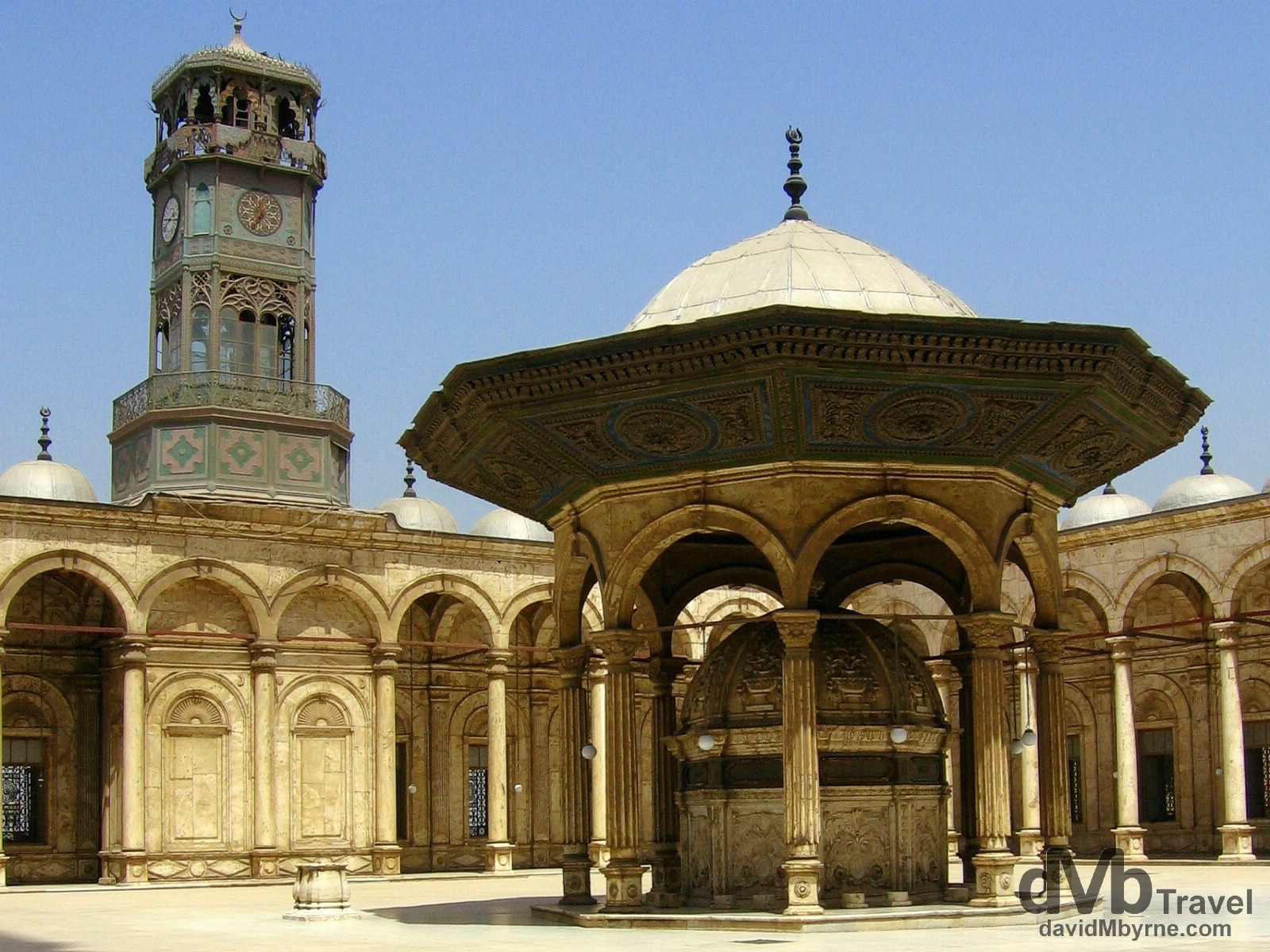 My version of the above picture of the fountain in the marble-heavy external courtyard of the Muhammad Ali Mosque of the Saladin Citadel in Cairo, Egypt, the seat of power and the residence of Egypt’s rulers for nearly 700 years – ruling power was moved in the 1860s to the newly built Abdin Palace. The citadel itself presents the most dramatic feature of Cairo’s skyline, a centuries-old bastion crowned by the needle-like minarets of the great Mosque of Muhammad Ali, regarded as the founder of modern Egypt – the dynasty he established ruled Egypt and Sudan until the Egyptian Revolution of 1952. The mosque itself was erected between 1824 and 1848 but the domes had to be demolished and rebuilt in the 1930s. It’s external courtyard is dominated by the two structures seen here, the Turkish Baroque ablutions fountain and an ornate clock, the latter of which was given by France’s King Louis Philippe in exchange for the obelisk in the Place de la Concorde, Paris – it never actually worked and doesn’t function to this day.

Bedford was born in London. He initially started working as a draughtsman and subsequently as a lithographer, but in 1853 he took up photography. Within a few years, he was working as a commercial photographer of landscape and architectural views. 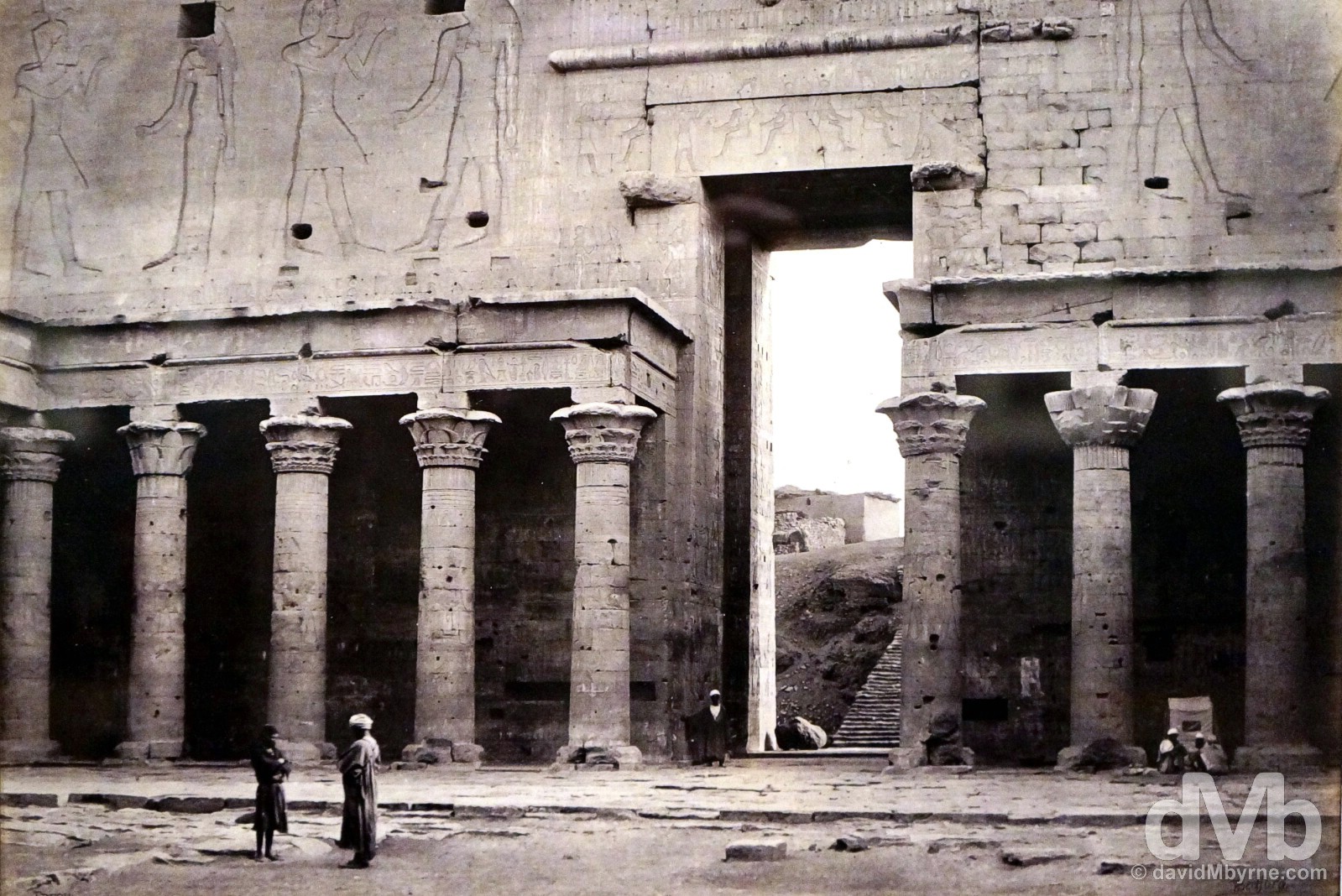 This image, a Bedford capture of the Great Court of the Temple of Horus in Edfu, Egypt, was captured on March 14, 1862. It’s interesting because it shows, in the shade of the colonnade on the right of the image, the small white tent Bedford used as his portable darkroom. Here Bedford would prepare his glass negatives, each approximately 12 x 10 inches, before placing one in the camera for exposure, anything up to 12 seconds meaning subjects captured were told to remain motionless in order not to blur the resulting image. After exposure, each plate had to be developed and fixed involving several complex stages. It was a difficult working environment – it would have been cramped, very hot & filled with fumes. On display as part of the Cairo to Constantinople: Early Photographs of the Middle East exhibition in the Queen’s Gallery of Buckingham Palace, London, England. December 14, 2014.