Getting Two Bites At The February 26 2013 Cherry

It has been a long, long day so far and I’m still only half way through my second bite at the February 26, 2013, cherry. Crossing the International Date Line en route from Korea yesterd.. emm, earlier today means I’m living a doubly long February 2013 day, and I’m presently running on fumes. 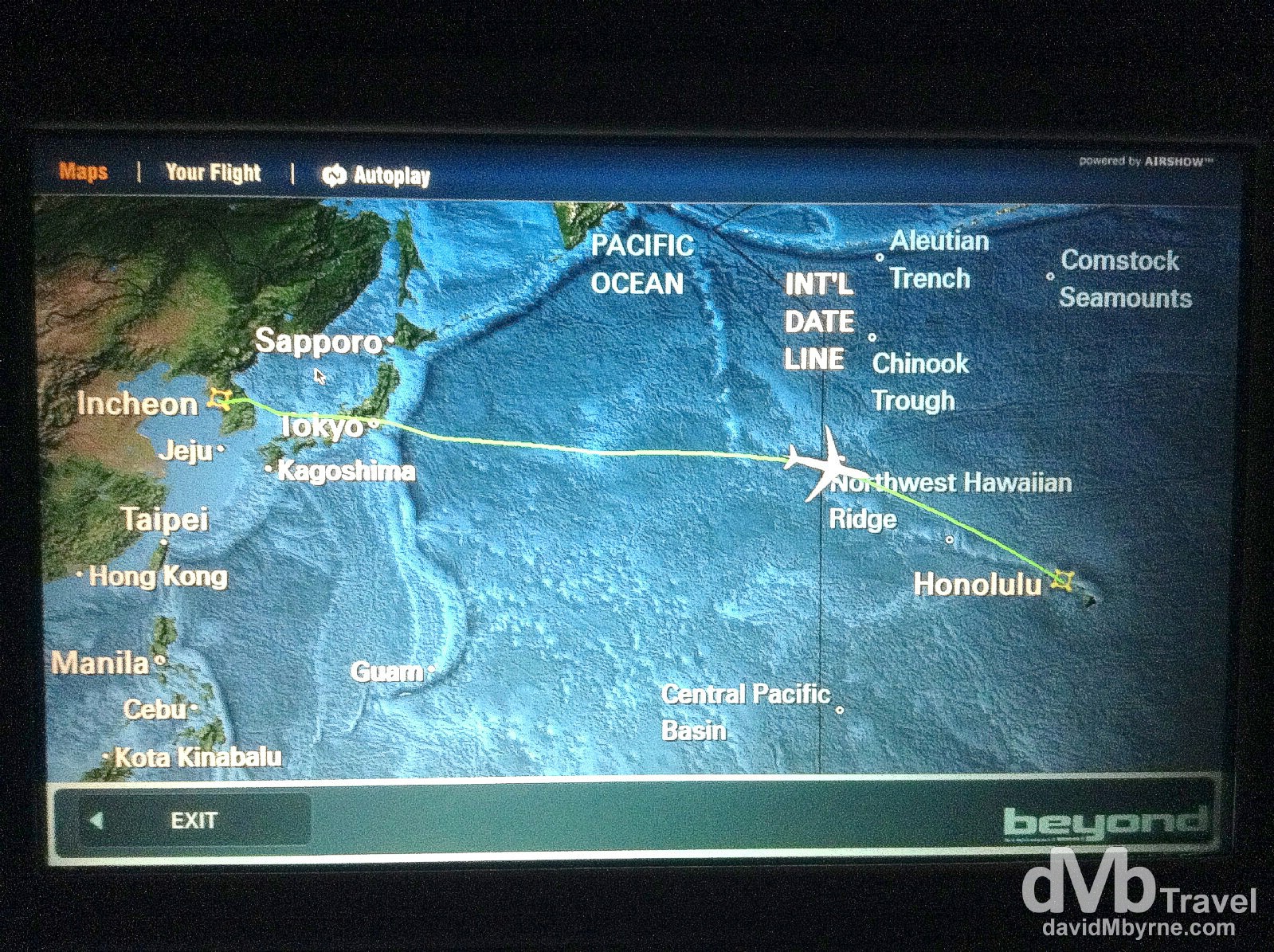 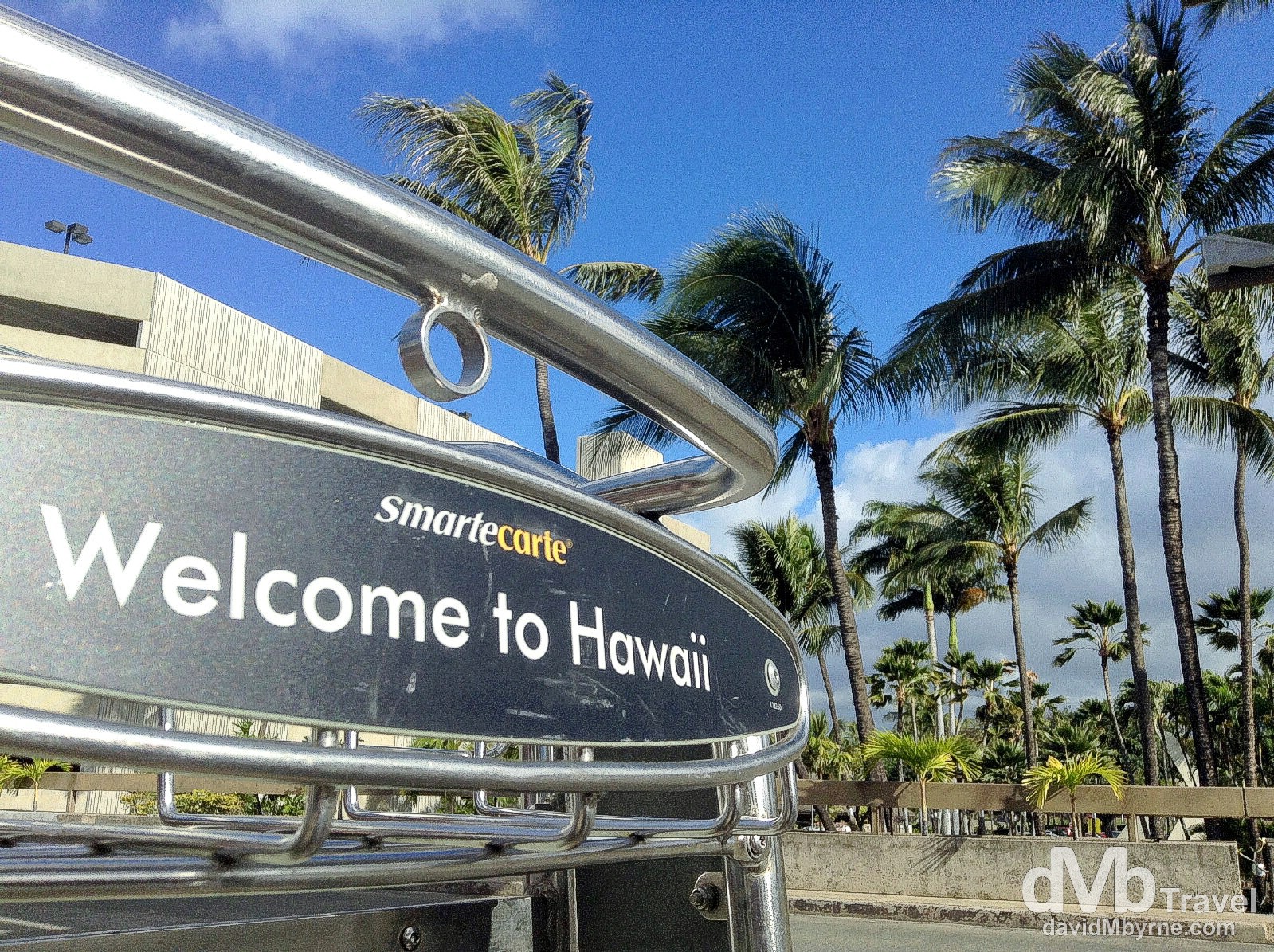 Going Back In Time… & Back To Hawaii

It’s neat to say I’ve arrived in Hawaii before I even left Korea , which is the case.I’m presently well into my second February 26th for 2013 & safe to say I’m running on fumes right now. But that’s just the latest First World Problem I’ve had to deal with today, the first being a cock up with my original Korea to Hawaii, via Shanghai, flight with China Eastern Airlines. That flight out of Seoul was delayed meaning I’d have missed the connection to Hawaii in Shanghai. I was originally requested to disappear & return back in 3 days’ time for the next scheduled China Eastern Seoul-Shanghai-Hawaii flight. I kicked up a stink and eventually the good folk at China Eastern saw sense & booked me on a direct Korean Air flight from Seoul to Hawaii instead. That’ll do.

dMb Travel Update – Direct flight to Hawaii instead. That'll do! http://t.co/FVIX8zU8FN via @byrnedavidm

So all is good. I’m in Hawaii. It’s my second trip here, but first since July of 2003, & I’m warm for the first time in months. So I’m doing OK all things considered. Yes, I’ll struggle on for what remains of this extra long day but ultimately I’ll be OK. 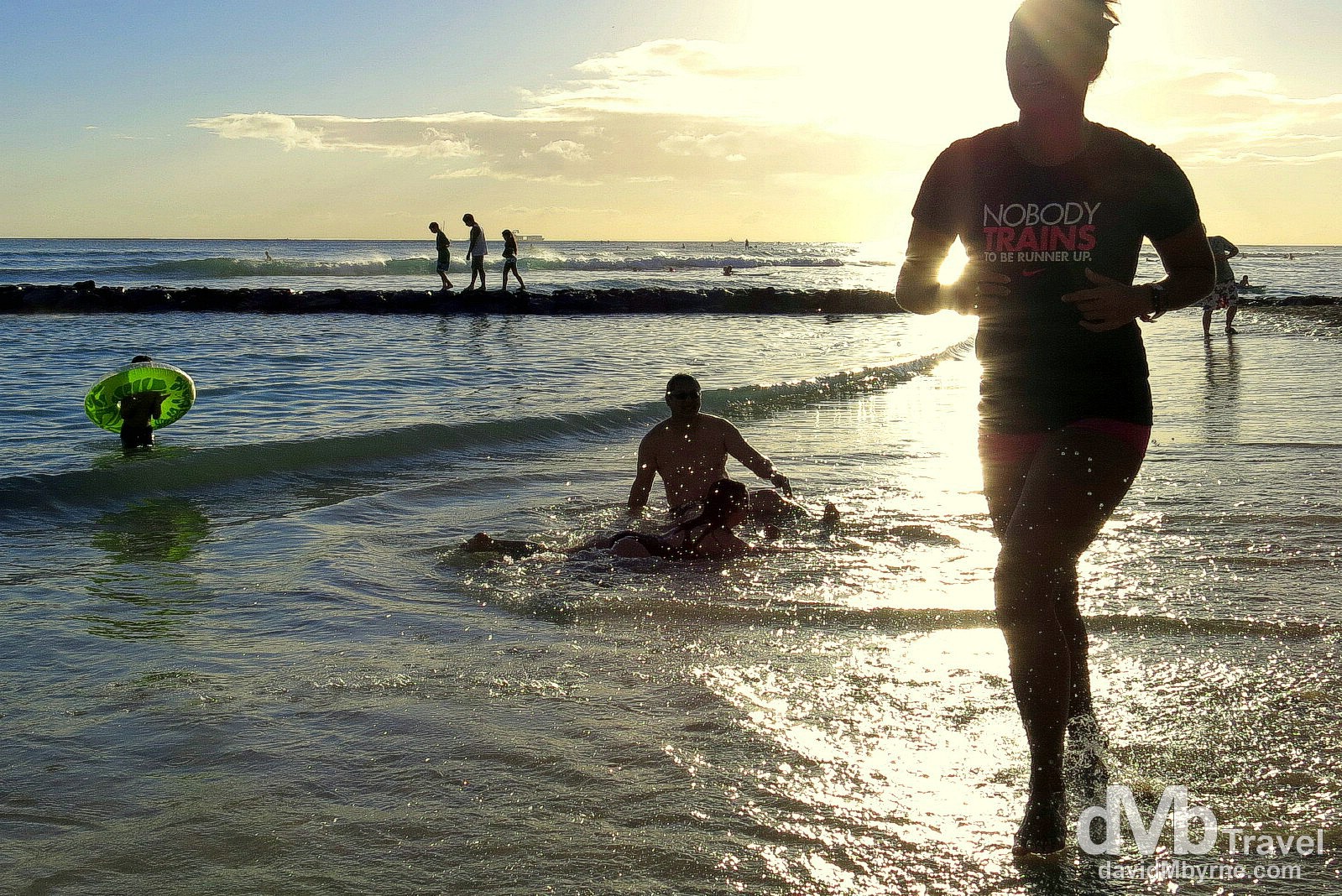 Nobody Trains To Be Runner Up. I certainly would not have had the energy for this today. But a stroll along Oahu’s famous Waikiki Beach was manageable. It’s 25 degrees here (Celsius America, Celsius) & was -11 leaving Korea yesterda… damn, earlier today. I’d rather be cold than warm (I’d take snow over sand any day) but for now the heat is a nice change (of course it is). Late afternoon activity on Waikiki Beach (